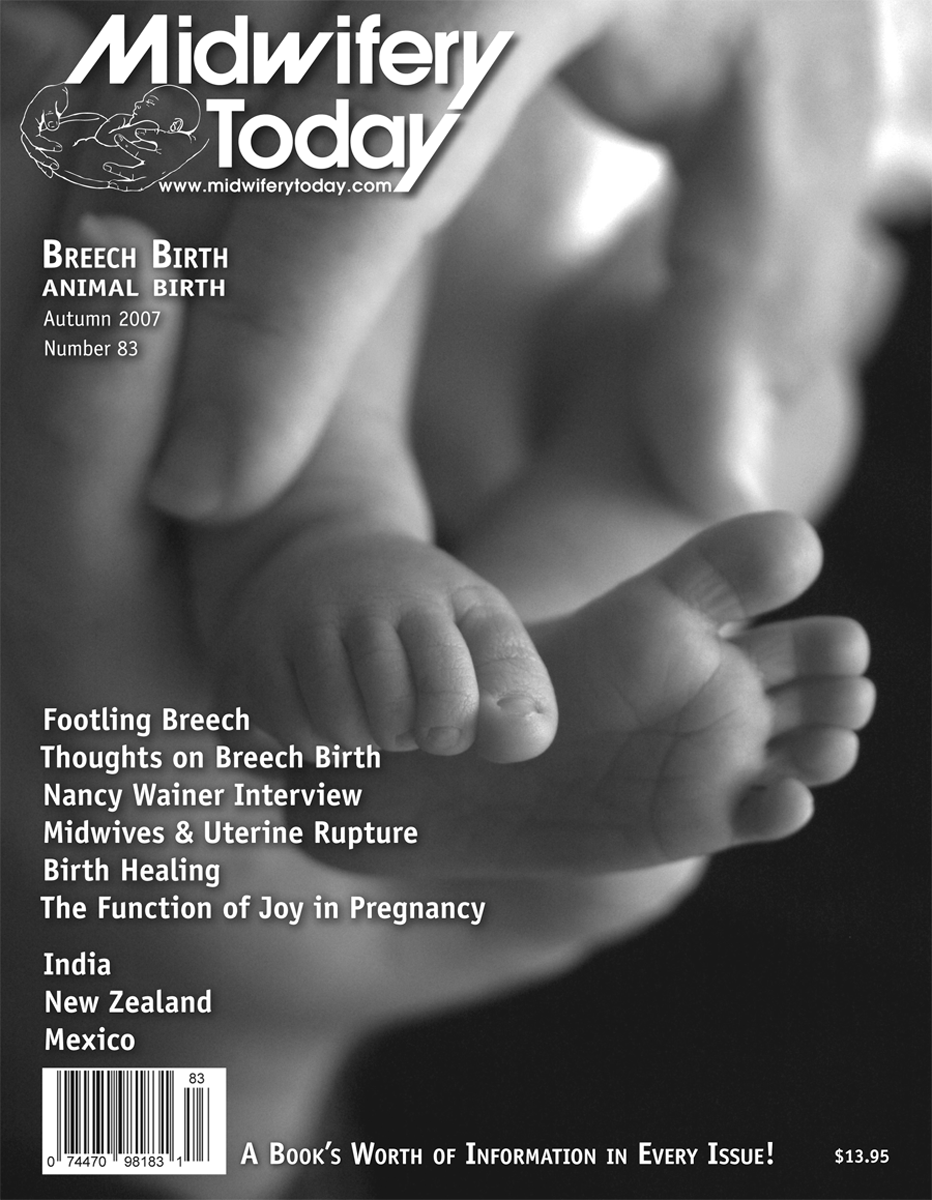 This issue contains articles describing successful breech births, as well as giving pointers on incorporating breech birth into a midwifery practice. You will also learn about some of the commonalities between human and animal birth, and how animal birth still gets the reverence and quiet that midwives strive for in a normal birth. Once you start reading this issue, you won’t be able to put it down!

The cover photo, by Amber Jordan, is of baby Chase, less than a week old. His parents are holding his precious little feet, treasuring every moment as this is their third, and last, little one.

Micromanaging the Microbiota
Sign up for our other lists.