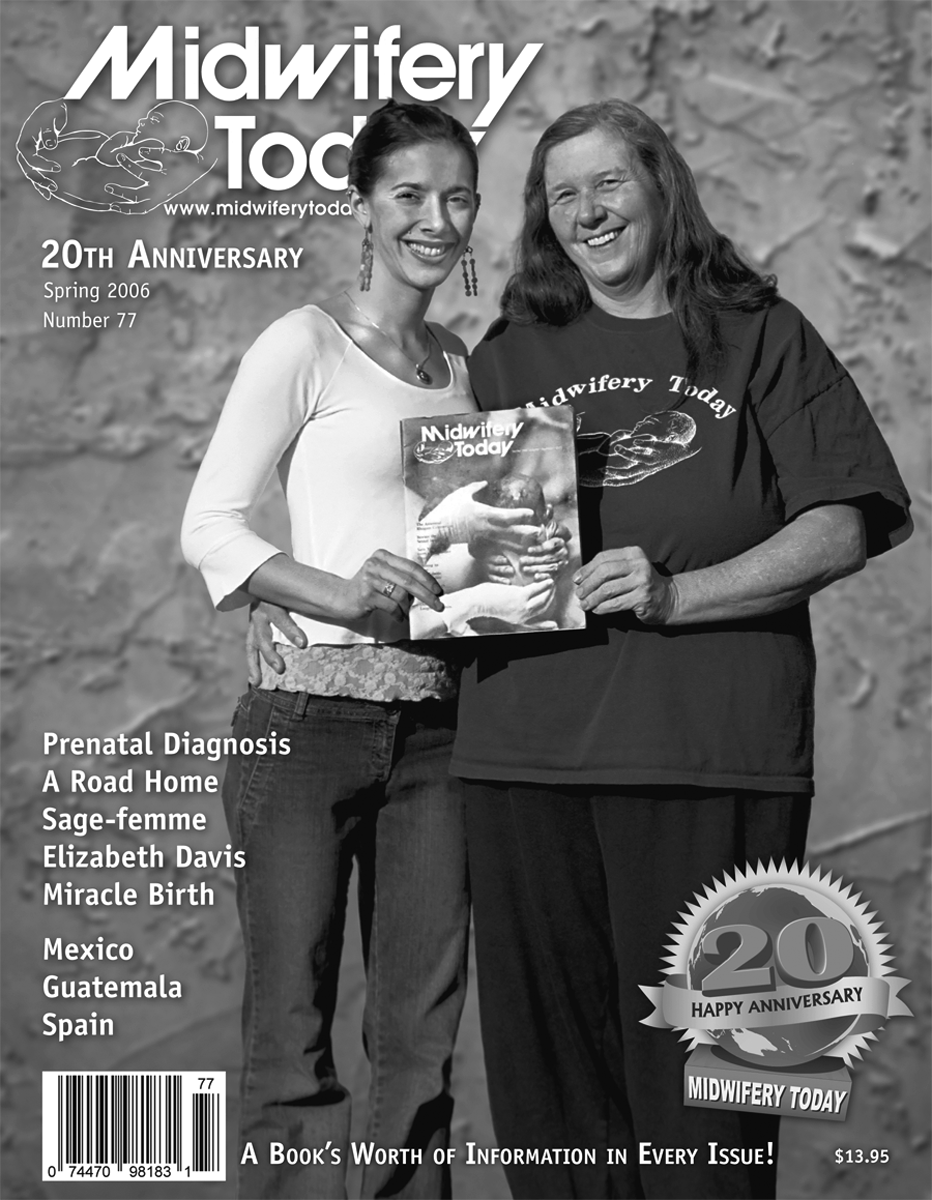 This issue marks the 20th Anniversary of Midwifery Today. In addition to the usual interesting and educational articles on topics such as HIV, Business of Midwifery, birth stories, and international midwifery, this issue contains writings by readers on how Midwifery Today has helped them throughout the years. Special bonuses include the chapter on Prenatal Diagnosis from Sarah Buckley’s new book Gentle Birth, Gentle Mothering, and a look back at the very first issue of Midwifery Today.