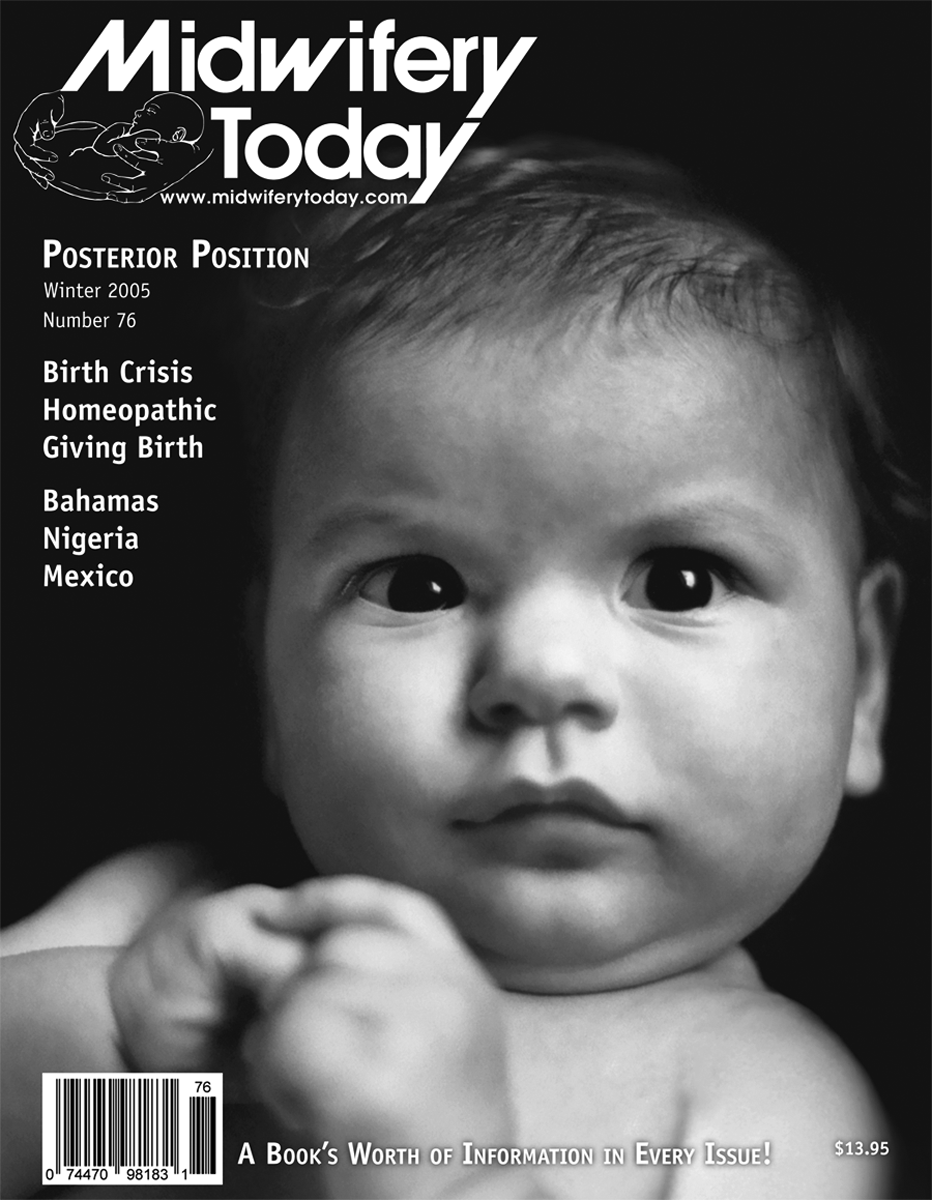 Posterior Position refers to a baby being born facing up, rather than down. When you read this issue, you’ll learn how to determine the position of the baby, assist a mother with turning the baby, either during the pregnancy or during birth, or help with the birth when the baby doesn’t turn. Posterior babies often cause back labor, so identifying the condition early will help a midwife to assist mom in delivering the baby and avoid damaging medical interventions. This issue also contains interesting accounts of birth in Africa and Mexico, as well as interviews, photos and birth stories.

Miss Sophia Segarra was born at 1:10 am, July 2, 2005, to two ridiculously doting parents, Jessica Cagle, Midwifery Today advertising director, and proud dad, Frank Segarra. Jessica started at MT in 2002 as Managing Editor, and promised herself that her own baby would one day appear on the cover. Three years later, Sophia arrived. She weighed only 5 lb, 10 oz. at birth, but has since nursed her way up to 12 lb.

Minhoon Kim, MT’s new designer, took the photo in our office, where Sophia has been working in her mom’s arms since she was six weeks old. It was a quick photo shoot, just enough time to get a few good photos and for the subject to pee on the office couch!