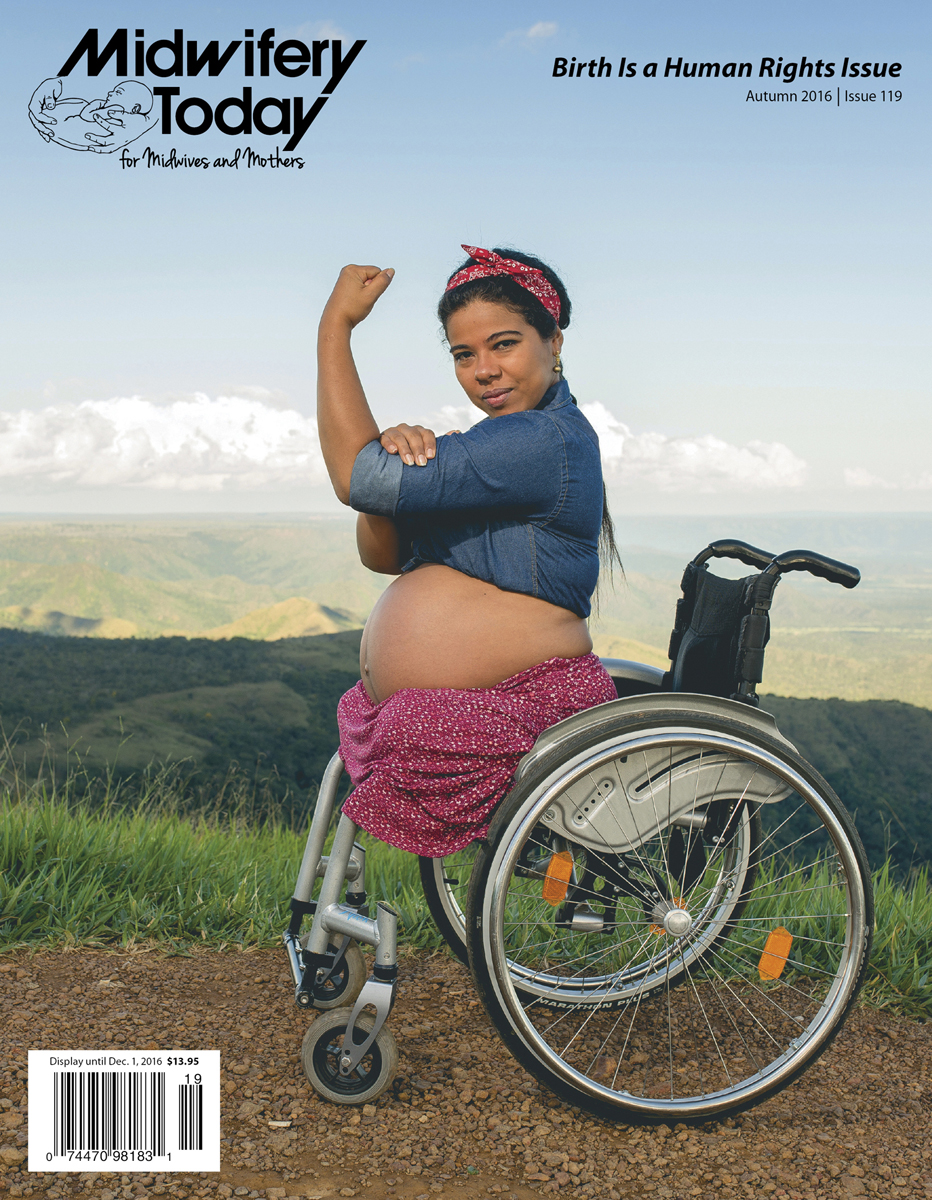 A goal of Midwifery Today is for birth to be safe and compassionate for every motherbaby, everywhere. We hold conferences and publish articles in order to teach the world about childbirth that is physiologic, safe and honoring to both the mother and the baby in all aspects, including emotional, physical and spiritual. In this issue, we are pleased to offer compelling and thought-provoking articles surrounding our theme of “Birth Is a Human Rights Issue.” Michel Odent, Sister MorningStar, Robin Lim and others have written specifically on this theme. We also have a wonderful article on herbs by Susun S. Weed, and Elizabeth Davis has written a piece titled “The Lost Arts of Midwifery: Core Skills to Be Reclaimed.”

Cover photo by Elis Freitas (elisfreitas.com). Elis received degrees in pharmacy and biochemistry, but after having two children and experiencing a homebirth after cesarean (HBAC), she became passionate about birth and is now a doula and birth photographer. Currently, Elis lives in Cuiaba, in central Brazil, with her family. She is a member of the International Association of Professional Birth Photographers and also works to support women who wish to birth naturally.

Pictured: Lulu Soares wanted a natural delivery, but every doctor told her that she would need a cesarean because of her physical disability. When she was 7 years old, she was hit by a truck and had both legs amputated. With Elis’ help, they created a maternity photo session focused on “I can do it” (playing off of Rosie the Riveter’s “We can do it!” poster), and they started an Internet campaign to raise money for Lulu to see Dr. Victor Rodrigues—a doctor willing to support her wish to birth naturally. And Lulu did! You can learn more about her birth in this issue’s Photo Album on page 64. Elis: Lulu “is very strong and an example for many women.”