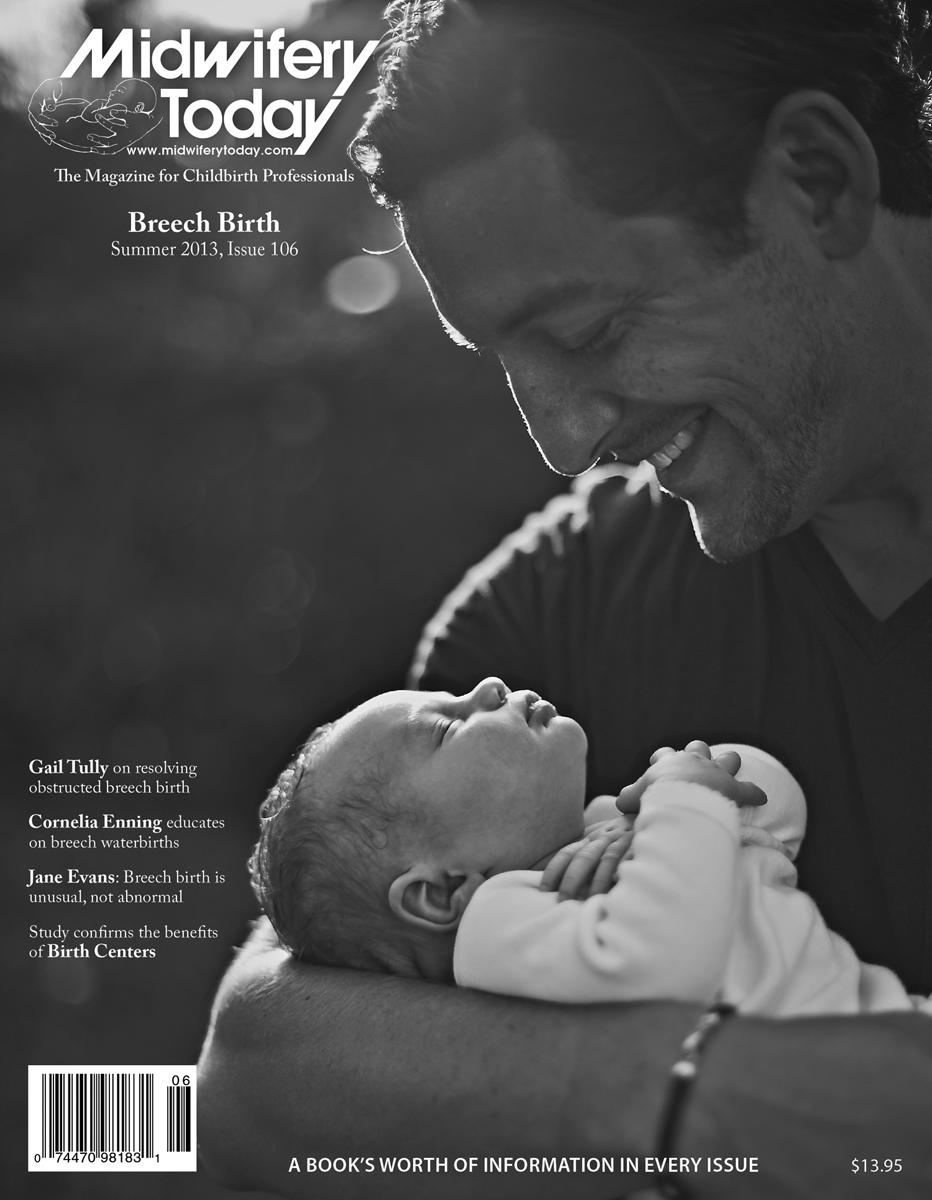 As UK midwife Jane Evans says, breech birth is unusual, but it is not abnormal. For many mothers, a breech baby automatically means a cesarean. What has happened to cause vaginal breech birth to be a disappearing phenomenon? In this issue of Midwifery Today, readers will be educated on breech skills, such as how to resolve obstructed breech birth by Gail Tully. Seven mothers share their own experiences in a special section dedicated to breech birth stories. Along with more breech information from experts like Michel Odent and Cornelia Enning, prenatal nutrition and the important topic of microbes will be discussed. Enjoy!

Cover photo by Emily Robinson—www.emilyrobinsonphoto.com. Emily is a lifestyle family photographer in South Florida who specializes in maternity, birth, newborn and family portraiture. Her work focuses on storytelling and capturing authentic emotional connections between people. When she’s not shooting, editing or obsessing over photography, she enjoys hanging out with her husband, their two young girls and zany dog, Sonny.

Pictured: Maia June with her father, Bradley. Her newborn session was shot very early in the morning when the light is beautiful. Maia recently celebrated her first birthday, and her family falls deeper in love with her each day.