Midwifery Today > Issue 89, Posterior > Tradition, Birth and the Kitchen to Cook It All In 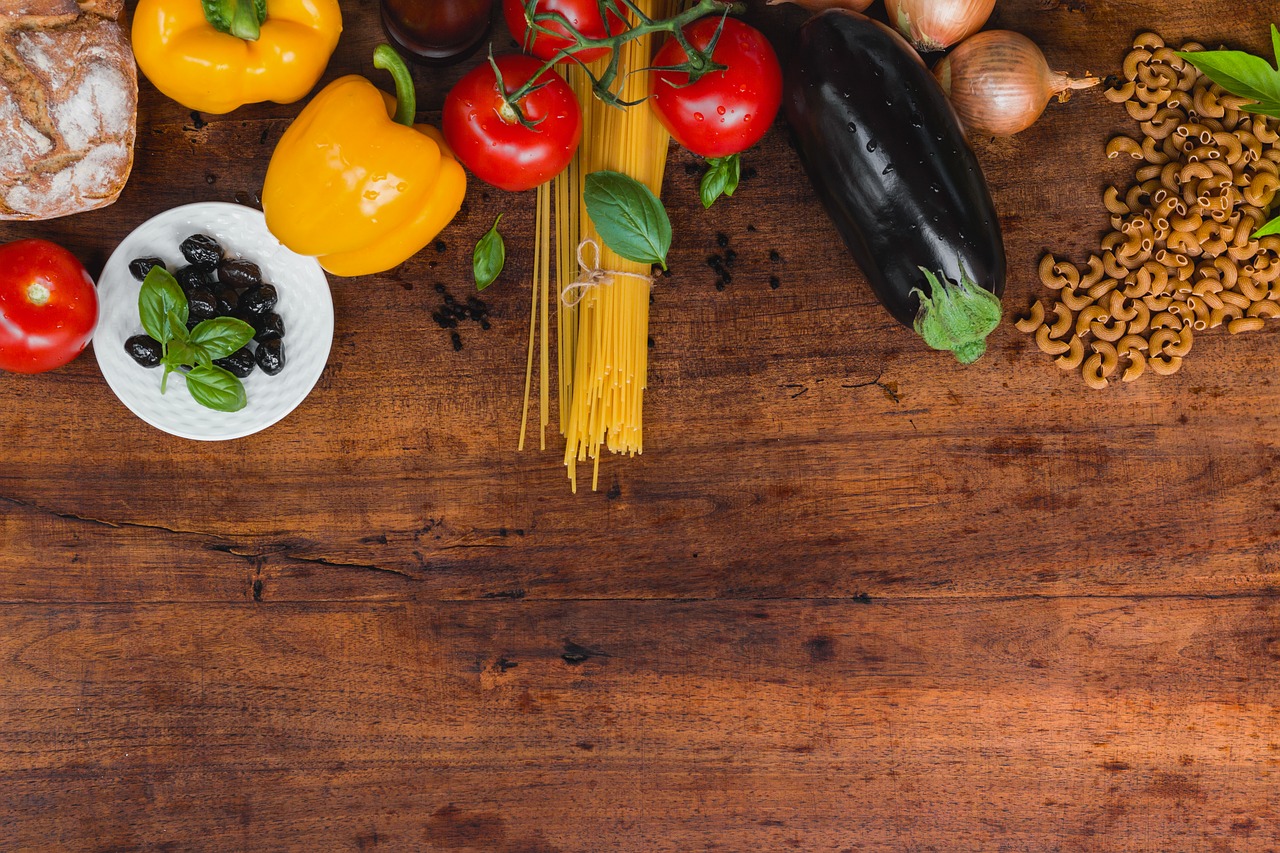 It is very unfortunate when a people, a community or a whole culture loses its original ways of doing important things—those things that were precisely what gave it its particular sense of reality, sense of self and relationship with the world.

Usually cultural expressions that are brewed and renewed in peoples’ kitchens—literally speaking—are the last to die, since they are born and reborn on an everyday basis. Food recipes, manner of speaking, expressions in dress, body care and rituals—whether religious or mundane—are all elements of culture that remain strongly-rooted and cherished by family and community.

It is not uncommon to find that a specific family carries on a great-grandmother’s recipe for a particular cake or quiche, the filling for a turkey feast, or a special cherished dessert. Other passed-down, well-guarded cultural treasures may be special recipes that female family members use and share with younger ones for their beauty and health, such as shampoos, body ointments and hair-care concoctions. The use of eggs, herbs, oils and spices are among common ingredients; but sometimes we also can find the use of more bizarre, difficult-to-find and even foul-smelling ingredients, which are faithfully and effectively used for purposes such as maintaining hair shine, or just simply keeping hair on one’s head.

Oftentimes these concoctions and recipes are beheld and carried on for generations and reproduced over the kitchen table, where many women spend their time and energy on a daily basis, caring for their families.

Becoming pregnant, birthing and caring for our babies and children used to fall within the cultural side of our lives that appertained to kitchen and other intimately-guarded family treasures. All had proven, effective, worthwhile recipes to respect and follow.

Midwifery is our home-based, kitchen-like version of obstetrics. But when having babies became a man-controlled business, most of its cultural, age-old traditions tended to vanish, being replaced by the newer, shiny and fast-tracked modern traditions for birth—much like slow-cooking feasts were replaced by fast food and ignorance of the culinary arts, lacking all sense and respect for the grandmothers’ and great-grandmothers’ ways of birthing (and cooking!).

At the risk of sounding sexist, I would like to address the point that men, generally-speaking, tend to like speed, as well as seeing an immediate reaction to an action. It is in their genes; there is no blame. It is a rather wonderful quality particular to their gender, which the species as a whole relies on in many areas of our survival and everyday functionality. Because men and women can behave and feel quite differently, these male-related behavioral tendencies tend to be admired and loved by women. They make life effective and attractive as men unplug the world from obstacles. Men can get our engines roaring when they are stuck or troubled, and they can also effectively make knife-sharp decisions when things seem to be at a standstill.

In many cultural instances, women have become accustomed to relying on men’s abilities and decision-making power, and thus have become extremely passive, giving away the possibility of having their own opinions, not to mention calling the shots in decision-making.

Birth, however, gestates and simmers at a pace that belongs to a many-layered, more profound realm, which translates into almost a whole different universe. This universe—to work well and in harmony—requires a set of unique codes if it is to flow and climax well.

Fortunately, the universe of birth is a “universal” realm, which means that women from just about anywhere in the world can “speak” this language and naturally behave in birth matters, if given the chance and the space to do so. It is the world of instinct and intuition, and to enter it one must be open, relaxed, sensitive to and respectful of oneself and others, as well as to all birth’s subtleties, and to feel vulnerability as one moves in its flows.

In the universe of birth we need to learn birth language, which does not usually translate into spoken words. Women, as we well know, need quiet and space, time and privacy to birth.

Expecting a woman to “react and act” based on a given stimulus can be thoroughly frustrating to men—and to women trained in male-view models—as well as very risky to the women who suffer from scrutiny and outsiders’ expectations.

Most likely, women will not “obey” as expected when pressured, and men will mistakenly think that something is “wrong” with them and their birth process. We can, of course, take this concept further and mirror it with an intimate bedroom scenario, which works precisely in the same way. It is a simple way to confirm how closely-related and even interdependent the sexual cycles and feelings in a woman’s life are with her birth experiences. We women need time to warm up and to get onto our simmering state. We do not like routines, much less to be pressured, judged or ordered around. We like to be listened to and seen. We like to be touched gently and without rush, but also we like our companions to remain close and to be warm and loving. These are just some of the subtleties….

It is no wonder that women, more often than not, end up feeling inadequate—and seen as inadequate in the view of men—which has, unfortunately, become the standard international cross-gendered view for the past 50 or more years. This is the view of modern obstetrics and gynecology. (Do we need to ask why the occurrence of the so-called “postpartum depression” is almost unheard of amongst women who birth at home with midwives?)

Modern obstetrics has no place for our great-grandmothers’ secrets for getting a woman relaxed and calm. Instead, pharmaceuticals are used. Forget the auntie’s old recipe for easing menstrual cramps. Now we use pharmaceuticals. Forget the family-old tradition for preventing or easing nausea in pregnancy. Instead, pharmaceuticals. What about all the women-centered advice and tips that have been forgotten or even just brushed under the carpet regarding women and sexuality, women in birth, and women in the postpartum period? These recipes have all been replaced by modern ob/gyn “recipes” and the most unrealistic expectations of women.

In the last few decades, eager and conscious people have been trying to trace themselves back to their great-grandmothers or even further, to unbury and bring back to life our traditional ways—before they were brushed under the carpet by men and women alike. We can honestly say that modern obstetrics has had an ample and generous chance to prove what goodness it has to offer the world. And great goodness it has! Most graciously and with deep gratitude we accept the life-saving help we can get from it for when our familiar home-centered ways do not do the trick in bringing the babies forth—after patience and understanding and varied trials have been put to work.

Long before we run to obstetrics to save us from “our imperfections,” or rather, imperfectly-learned possibilities, we need to learn, to rediscover our understanding and to re-learn well as much as we possibly can from the ancient, traditional ways that women throughout the world took centuries to develop, perfect and refine.

Curiously, many ancient cultures share similar attitudes, beliefs and procedures for preventing and solving difficulties for pregnancy, birth and the postpartum period. They all share common ground, although we could not and should not fall into the temptation to “globalize“ traditional midwifery, as each culture holds secrets of its own, which, as applied, work in particular ways to suit its people.

Many “tricks”—better referred to as “techniques”—from traditional midwifery around the globe, when properly applied can be far superior to obstetrical techniques used in specialized maternity hospitals in our current 21st century.

As an example, it is well-known that an asynclitic baby, a baby who has not descended well into the pelvis, a baby’s pelvic or podalic presentation, a posterior fetal presentation, a narrow maternal pelvis, a long apparently-ineffectual labor or such other cases, can be practically prevented and solved through traditional techniques. More often than not these same cases are not prevented through obstetrical methods, but are treated through surgical or highly interventionist methods (suction cup, forceps, pharmaceuticals, etc.).

Human intelligence is one of our most mysterious and miraculous assets. We must make good use of it and move our understanding through all of our senses, in order to begin to comprehend that everything in the universe is connected, and that for the whole to come out intact, we need to respect and work harmoniously with its parts. In this way, we can learn to apply the different possible techniques—traditional and technological—as needed.

The best way to learn and expand one’s views is to be quiet and to observe respectfully and attentively with humility and an openness to learn. In these moments, most of the lights go on; the internal “clicks” of “aha!” occur when we begin to get a glimpse.

Midwives, midwifery students, doulas or birth educators, who hope to one day travel to a developing country to learn from traditional midwives, are encouraged to consider the following:

These experiences can be most deliciously satisfying simply because the results are not always evident. When doing something requires giving your best—including creativity, intuition and old tricks—to get to a victorious, satisfying ending, the feelings derived from the process reach a very high peak. When our concept of what is possible also includes the wealth of centuries’ worth of experience, we surely are more ready to live life fully and effectively.

Naolí Vinaver is a Mexican midwife who combines traditional birth practices with a profound interest in and respect for the physiology of natural birth. She has been attending both waterbirths and births in traditional styles and positions since 1990. Naolí has enjoyed three pregnancies and homebirths of her own in the company of her family. She is in the process of writing and illustrating a couple of children’s books about life, pregnancy and birth, while continuing her homebirth practice in both rural and urban Veracruz State, Mexico.