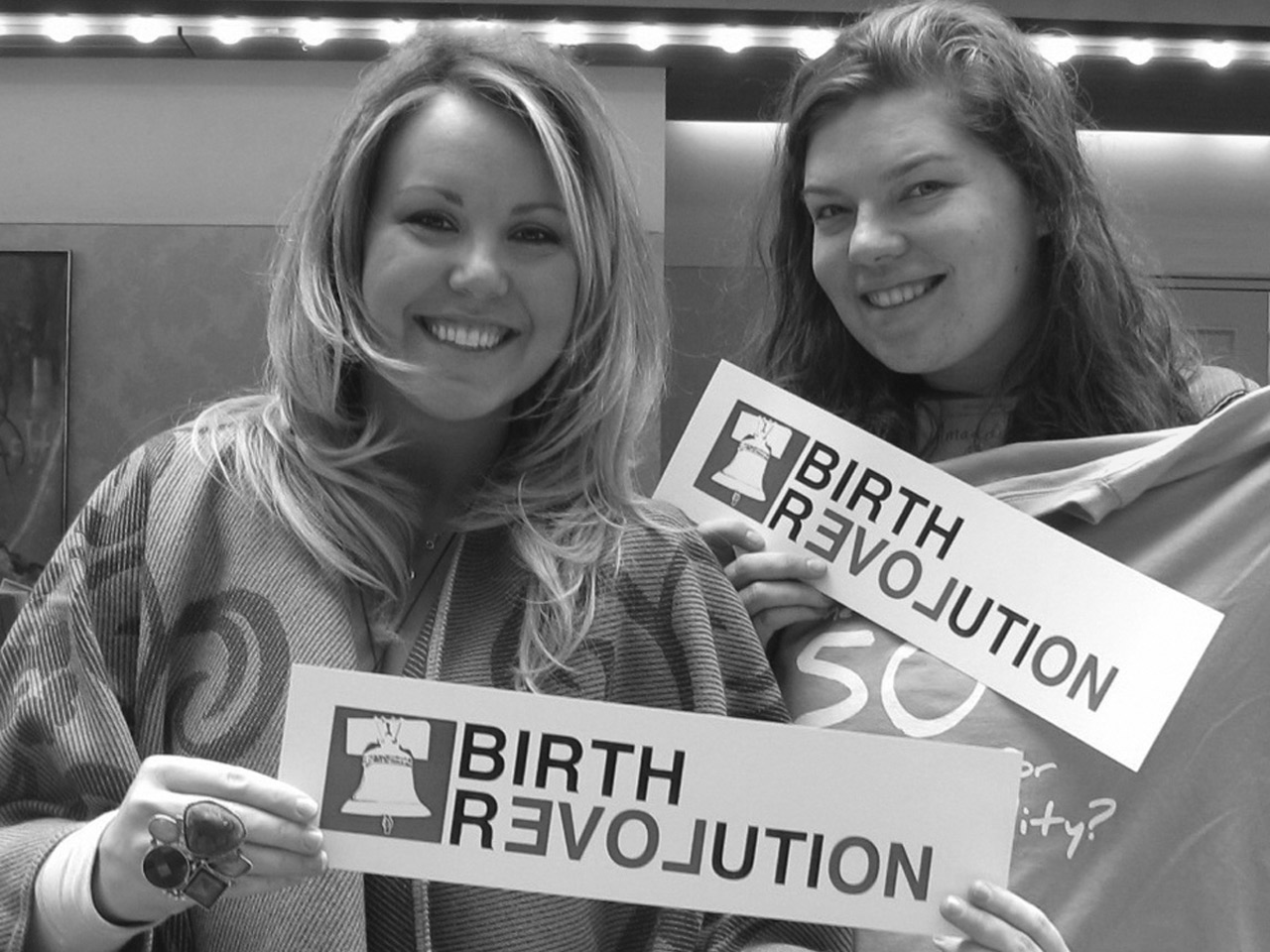 Photos provided by the author

The Turquoise rEVOLution (also known as the Birth Revolution) was launched in March this year (2013) following the Human Rights in Childbirth Summit at the Midwifery Today conference. If you were there, you probably sang the song, wore the color and danced among hundreds of helium-filled turquoise balloons. It was profound as we prayed for our persecuted sisters. It was also momentous as we banded together to declare our rights as women to choose where and with whom we give birth. Since 2005, I have been following the CIA World Factbook’s statistics on infant mortality. At that time, the US ranked 43rd in the world behind Cuba and other developing countries. In first place was Singapore as the safest place in the world for a baby to be born. Looking at the cost of health care in both Singapore and the US revealed that the US spent 20 times the amount per capita on health care as Singapore, yet Singapore was ranked 1 and the US 43. (There were no CIA stats for maternal mortality in 2005.) My neighbor suggested we make a t-shirt with this question: Why is the USA ranked 43rd in the world for infant mortality?

We made the shirts. When it came time to reorder, the US ranking had deteriorated by three points. The next shirts asked this question: Why is the USA ranked 46th in the world for infant mortality? (The CIA World Factbook still hadn’t reported stats for maternal mortality.)

In the spring of 2013, when it came time to order more t-shirts, I checked the CIA World Factbook and nearly fell off my chair. The US now ranks 50th in the world for infant mortality. And now the Factbook includes maternal mortality stats showing the US in 47th place, so we needed more than just t-shirts. We needed tools to combat ignorance, awaken confidence in birth and insist that lawmakers defend, not curtail, our human rights. We turned to the work of Gene Sharp, three-time nominee for the Nobel Peace Prize.

We read Sharp’s 78-page, deeply analytical book From Dictatorship to Democracy and watched the documentary about him called How to Start a Revolution by Ruaridh Arrow. Gene Sharp spent over 40 years researching and writing about nonviolent struggle for human rights before he was asked to focus on Burma. His writings for the Burmese were generic in nature because he didn’t know their culture or language. Activists in exile published his analysis and from there, copies were translated and spread around the world. Today, there are at least 31 different language translations of From Dictatorship to Democracy. The work and writings of Gene Sharp helped to peacefully install democracy in Burma. Later, they were used to overthrow the Serbian dictator Slobodan Milošević. Egypt, Yugoslavia, Ukraine, Azerbaijan, Indonesia, Iran, Serbia and Tibet all benefited from his writings.

I called Mr. Sharp’s office and spoke with his assistant, Jamila Raqib. Although Jamila had not given birth and was not familiar with birth practices in the US, she understood the similarities between corporate domination and dictatorships. She was sympathetic to the human rights of women and the need to have freedom of choice in birth. For a small donation, Jamila sent us multiple copies of the book and film.

Starting with the appendix “The Methods of Nonviolent Action,” which is a pre-social media list of 198 nonviolent ways to effect change, we chose 50 actions and tailored them to a Birth rEVOLution document. Among Sharp’s 198 suggestions is the idea of identifying a cause with a color. (Watch the trailer for How to Start a Revolution and you will see the powerful emotional impact color can have.) The Philippines had a Yellow Revolution in 1986, which turned Ferdinand Marcos out of power. Georgia had the Rose Revolution in 2003. The Orange Revolution was in Ukraine in 2004. In 2005, the Blue Revolution was in Kuwait and the Purple Revolution in Iraq. The Green Revolution was in Iran from 2009–2010, and the Pink Revolution is associated with breast cancer.

What was left for the Birth rEVOLution? For thousands of years turquoise has been regarded as a holy gemstone. Is not birth a holy event? In ancient Egypt turquoise was considered more valuable than gold. Is not the fruit of the womb more valuable than anything material? In Persia, where turquoise was first mined, it was used on domes and mosques indicating a place between heaven and earth. Likewise, birth is a transforming portal between two worlds. Turquoise is spelled the same as victory in Persian. We need turquoise!

Why is the USA ranked 50th in the world for infant mortality? was stamped on turquoise t-shirts and sold out immediately at the Midwifery Today conference.

We need the freedom to choose where and with whom we give birth to our babies. Freedom looks good on everybody. So does turquoise.

Postscript: As of July 2016, the USA is ranked 57th in the world for infant mortality. (CIA: The World Factbook) There’s a YouTube video about the revolution here.

Diana Paul gave birth to all three of her children at home. Her husband was “midwife” for the first two and Peggy Vincent for the third. She practiced as a midwife for 10 years and then picked up her camera, filmed births and started the non-profit, Love Delivers. She is the producer of Birth Day, Attending Birth, Miss Margaret, Five Countries, Six Births, Seven Babies, and several custom videos.

View all posts by Diana Paul