Midwifery Today > Issue 72, Michel Odent > The Tree and the Fruit: Routine versus Selective Strategies in Postmaturity 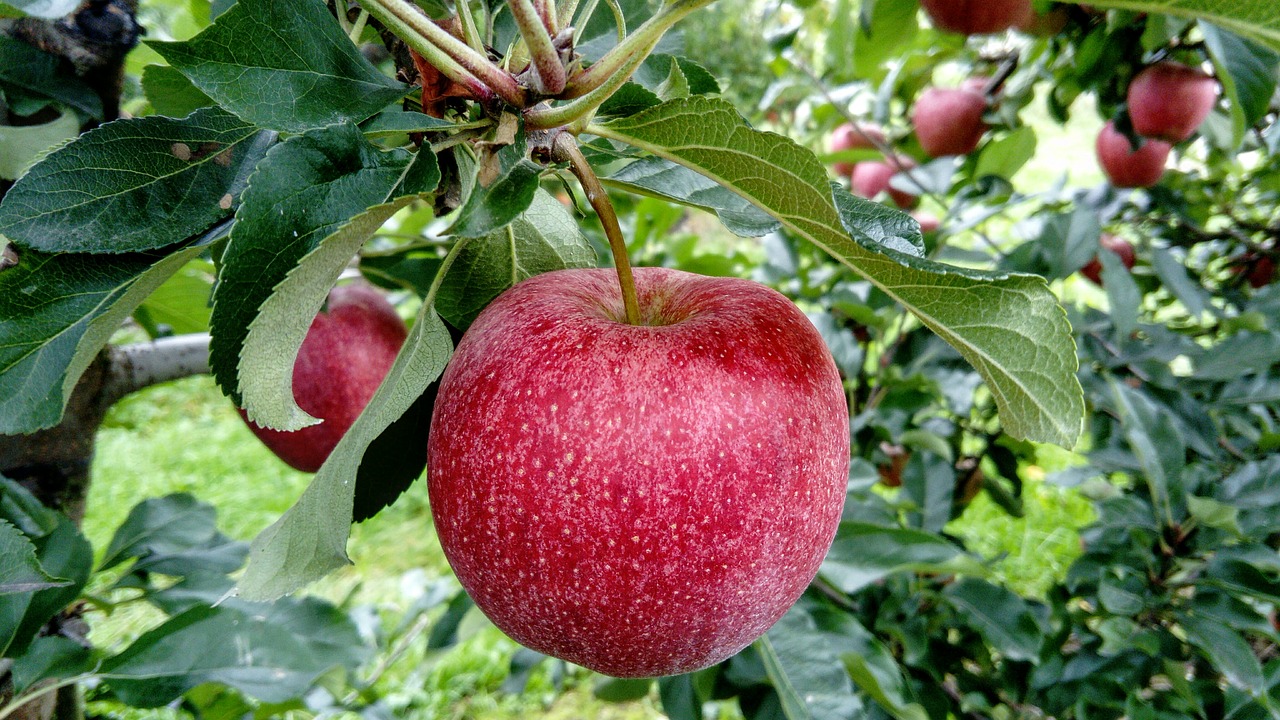 L’arbre et le Fruit (“The Tree and the Fruit”) is the title of a 600-page academic book by the French historian Jacques Gelis.(1) It examines the history of childbirth in western continental Europe from the Middle Ages to the 19th century. If you have on your shelf the English version of the book, titled History of Childbirth: Fertility, Pregnancy and Birth in Early Modern Europe, you will miss the analogy transmitted by the original title and the importance of the pages on the history of beliefs about the duration of pregnancy.(2)

According to traditional wisdom in rural France, a baby in the womb should be compared to fruit on the tree. Not all the fruit on the same tree is ripe at the same time. A fruit that has been picked before it is ripe will never be fit to eat and will quickly go bad. It is the same with a baby. In other words, we must accept that some babies need a much longer time than others before they are ready to be born. If you have some apple trees in your garden, you will listen to your common sense and choose an individualized and selective approach: you will not pick all the apples on the same day.

What about human babies? Today, all over the world, a routine approach to postmaturity is typically adopted. This aspect of the industrialization of childbirth is rarely, if ever, the subject of discussion. Modern pregnant women are given a very precise due date. Pregnancies are punctuated by routine medical visits, according to an established program. In the age of medicalized prenatal care, the duration of pregnancy is calculated in weeks rather than months, using the beginning of the last period as the main criterion. Long in advance, women are warned that if their babies are not born on a certain date, their labors will be induced. The first result of such attitudes is that in many hospitals more than one-quarter of labors are artificially induced. The other result is that more and more women doubt that they will go into labor without the help of doctors.

An induced labor is more difficult than a labor that has started spontaneously. It usually leads to the need for epidural anesthesia and an oxytocin drip, which more often than not precedes a cascade of interventions, culminating in a vacuum, forceps delivery or an emergency cesarean. The “labor induction epidemic” helps to explain the rising cesarean rates all over the world.

At the root of this epidemic are statistics. When looking at a very large number of births, it is clear that outcomes are optimal when the baby is born between 38 and 40 weeks. The statistics are not as good when focusing on babies born at 41 weeks or after. Such data lead to simplistic conclusions: “If we routinely induce labor whenever the pregnancy has lasted more than a certain number of weeks (41 in many hospitals), we’ll eliminate the risks of fetal distress and even deaths related to postmaturity.” The risk of death related to postmaturity is not a legend, but it is usually overestimated. It should be balanced with all the risks associated with induction. Is it wise to induce one-quarter of labors, in order to save one baby in thousands? Are more individualized and selective strategies possible? The answer is, “yes.”

I know from personal experience in a French state hospital that such an approach is realistic. The first step is always to try to determine when the baby was conceived, by listening to what the pregnant woman has to say about her private life, the regularity of her menstrual cycles, and so on. There are countless anecdotes about women adamant that their babies could not have been conceived before a certain date and that the official calculations are incorrect. We must accept that a pregnancy is supposed to be nine solar months from the day of conception.

After that, the principle is simple. If the baby has been in the womb for more than nine months, its condition is assessed on a day-to-day basis. As long as the baby is in good shape, it is possible to wait. From the time daily assessments have started, only the well-being of the baby is taken into consideration, whatever the duration of pregnancy. The most common scenario, by far, is that one day labor will start spontaneously and a healthy baby will be born. If the baby’s skin is peeling, it means that it was already postmature.

Several methods may be combined to ascertain that the fetus is not in danger. Firstly, it is easy for a pregnant woman to evaluate daily the frequency of the baby’s movements in the womb. When there is a dramatic change, this should be considered a warning. It is also easy for medical staff to perform repeated clinical examinations. However, the so-called non-stress test (electronic fetal monitoring) is useless.(3,4,5) If the size of the uterus is evaluated every day by the same experienced practitioner (using a tape measure), it is possible to detect a sudden reduction in the amount of amniotic fluid. Another option is a daily “amnioscopy”—a simple, cheap and safe way to check that the liquid is clear. A tube the size of a finger is introduced into the cervix and, thanks to an incorporated light, the color of the liquid can be evaluated. As long as the liquid is clear and contains some flecks of vernix, the baby is guaranteed to be in good shape. This test, which I have used extensively for many years, has never been popular in English-speaking countries and tends to be forgotten in continental Europe as well.

Today ultrasound scans may be repeated on a daily basis. As long as there is sufficient liquid in the uterus, the baby is almost guaranteed to be out of danger. These days, most women are offered a great number of ultrasound scans throughout their pregnancy; most of them are useless, compared with what an experienced practitioner can expect from a clinical examination after listening to the mother-to-be. It seems, on the other hand, that many doctors are paradoxically reluctant to repeat scans when the baby might be overdue. This is precisely the time when scans provide precious data that have huge practical implications. Individualized selective strategies might also lead to reestablishing the use of biochemical tests after the so-called due date; a sudden drop in the urinary estriol levels (and other hormones, such as human placental lactogen) is a sign of placental insufficiency. Routine strategies have largely displaced these non-invasive tests.

And what if, suddenly, the baby seems to be in danger before labor starts? In my view, in this case, it is wiser to perform a c-section right away. The priority is to avoid a risky, last-minute emergency intervention. With such a strategy, labor induction will become exceptionally rare and the number of c-sections related to postmaturity will be much lower than if all labors are induced at 41 weeks.(6)

One drawback of the current prevailing strategy is that many women don’t spend the last days of their pregnancy in peace. If they have not gone into labor spontaneously, they become obsessed with the date they were given for induction. Their emotional state probably tends to delay the onset of labor. Some try non-medical methods of induction. These women may not realize that any effective method (from acupuncture to nipple stimulation and sexual intercourse) may initiate labor before the baby has signaled its maturity. There is no natural way of inducing labor. Some methods are undoubtedly unpleasant and even dangerous. This is true even of castor oil or blue cohosh.(7)

View all posts by Michel Odent

Placenta Rituals and Folklore from around the World
Sign up for our other lists.