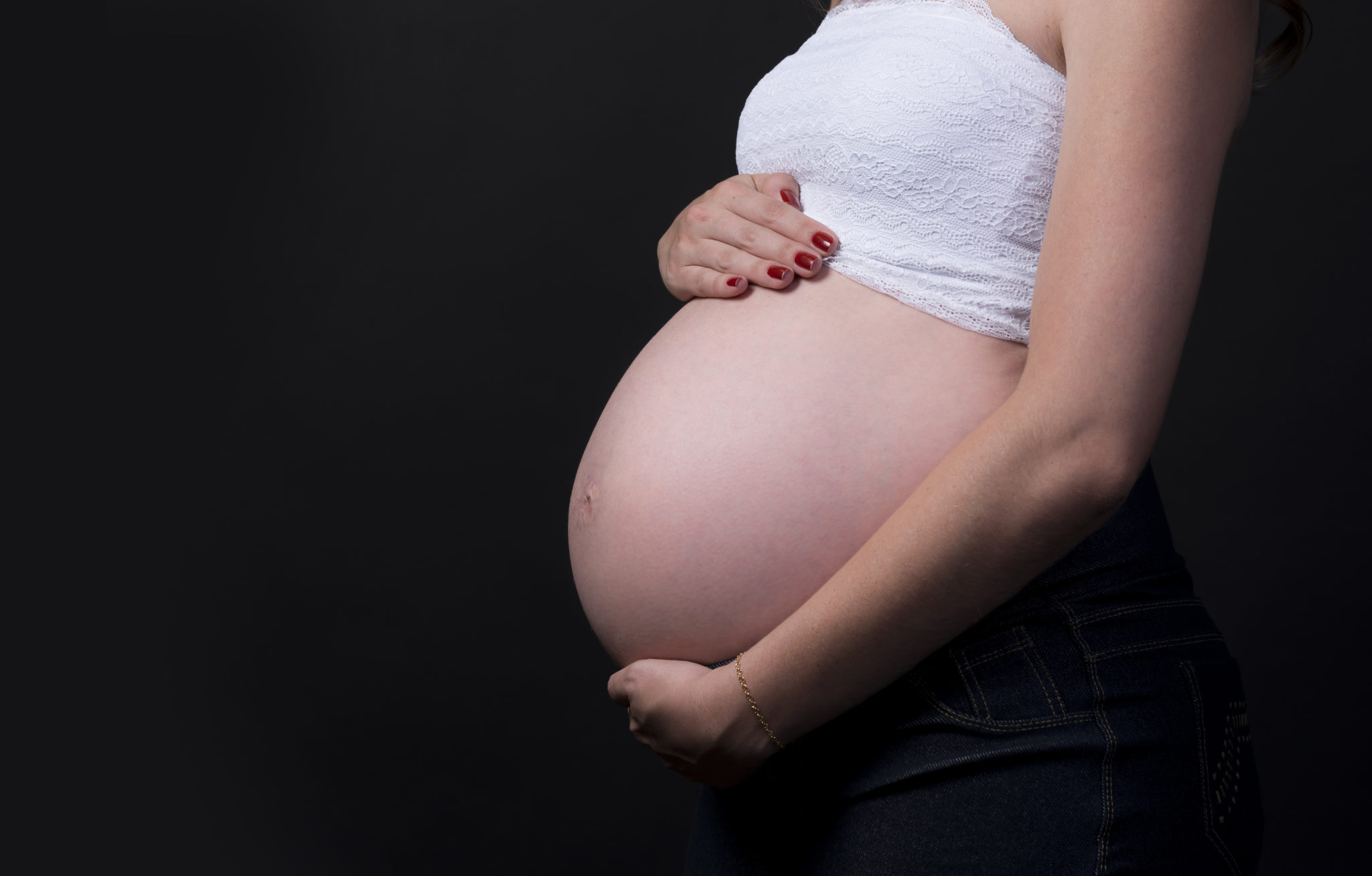 The midwives I know are eager to learn new tools, techniques and remedies that save lives. While friends of the medical model study the science and safety of a new treatment option, many midwives use an older time- and experience-tested model that often shares information through stories. Stories from experienced elder midwives about a remedy that helped save a life are some of the most engaging of all stories.

I remember the first time I was introduced to the technique of placing a piece of the birthing mother’s placenta under her tongue to help control excessive blood loss, especially in a case where the labor had been long and exhausting. Having been raised on a farm, I was well aware of the instinctual habit of other mammals to eat their afterbirth and had been told how important it was for them to be strong and safe.

Humans are hard-pressed to be reminded that they too are instinctual animals. We often take the same natural remedy more comfortably after science and research study, package, encapsulate and recount the effectiveness and rationale for the remedy—which they now call a drug. My own work in rural villages and with closely knit groups like immigrants, Mennonites, ethnically displaced peoples and back-to-earth subcultures taught me that many wimyn have retained their instinctual nature to birth upright, vocalize, immediately embrace their young and prefer a piece of their own placenta for life-threatening complications like postpartum hemorrhage. I continue to be amazed with how quickly and effectively the nutritional and specialized hormonal mini-dose of a tiny inch slice of her own placenta can change a womyn’s grave situation to stable, saving not only a life but an additionally exhaustive transport.

However, to use a placenta, you need a placenta. Though I have watched many a mother be unmoved and tell me later, “I wasn’t scared because it didn’t hurt,” third stage hemorrhages can be terrifying for the midwife. I can hear my own voice over the years echoing the words, “We need a placenta” in third stage with “We need a baby!” in the second stage. They seem to go hand in hand. Long or difficult first and second stages put you on alert for a long or difficult third and fourth stage of labor.

Over the years I have developed my own repertoire of preferred techniques and remedies to help with life-threatening circumstances such as postpartum hemorrhage. Most of the areas where I worked were over an hour away from medical services. Compared to the near void of midwifery literature and research in the US in the 1960s and 1970s, current US midwives now have a wealth of educational resources, including well-written midwifery texts, midwifery journals like Midwifery Today, evidence-based research studies, superior midwifery schools and programs, and an autonomous midwifery credential, the Certified Professional Midwife (CPM).

Quite honestly, I still trust those time-tested, experience-based stories the most in choosing my first line of defense for saving lives in childbirth. So many factors go into creating and sustaining a life-threatening situation for a mother in childbirth and the same is true for weighing the lasting effects of what will help her live and recover.

Third-stage postpartum hemorrhage (PPH) remains for many midwives the most dreaded life-threatening moment during the childbirth experience. It certainly is my least favorite. Yunnan Paiyao is a Chinese herb, time-tested as well as scientifically documented for its effective and efficient properties in controlling postpartum hemorrhage. Midwifery Today recently printed an educational and inspirational article in which author Robin Lim encouraged the use of Yunnan Paiyao not only in urgent care but as a routine choice in preventing PPH, especially in suspect cases.

My experiences with this powerful alterative are dramatic. Because of the extreme response, I personally reserve it, along with other strong alterative herbs and homeopathics, for moments of caution. But PPH is not the only life-threatening circumstance in childbirth for mothers. I want to share a few examples of the amazingly curative powers of Yunnan Paiyao in other urgent situations.

My first dramatic experience with Yunnan Paiyao was in response to a postpartum seizure. This first-time mother was 43 weeks and far from home. The daughter of a homebirth midwife, she herself was born in less than two hours. She innocently expected to birth like her mother did. Instead she labored latently for three days and pushed for six hours. The baby of this small 5′ 2″ womyn weighed nine pounds and experienced a severe shoulder dystocia. The mother had a mild PPH, but both mother and baby recovered quickly and well.

Hours later they were snuggled warmly in bed—an apparently successful homebirth. Most of the birth team had returned to their homes. We protected this clearly exhausted, though elated, mother with extra love, foods, fluids, home care, rest, privacy and herbs while she rested in a supine position. All of her vital signs were normal, she was enjoying breastfeeding and we were several hours postpartum. She asked to go to the toilet. She rose to a sitting position and waited calmly, talking normally. Suddenly she had a seizure. Quickly we laid her flat, created a safe space around her, shouted her name, gave her Belladonna and watched for signs of stability. She came to, very disoriented. We then gave her Yunnan Paiyao. Her pulse immediately returned to normal. She was more engaged, clearer and more positive, and had no recurrence.

Recently I was called to help a mother with a serious postpartum maternal infection that appeared to be systemic. Three days earlier she had had an unassisted home waterbirth. This was her second homebirth. She had two living sons and one stillborn son. For three more days we followed her symptom picture with 24-hour quarantined home care. The treatment plan included herbs, homeopathics, rest, nutritive soups and skin-to-skin breastfeeding. The mother fluctuated between mild to severe symptoms and by day three the baby was also showing similar septic signs. After proving that nutrition, herbs, homeopathics, accupressure, massage, quarantining, rest, flushing, prayer and emotional mining had done all the good they could, I gave the mother a dose of Yunnan Paiyao (two powdered capsules dissolved in chlorophyll water with some honey). Within five minutes the mother opened her eyes wide for the first time since she had exhibited symptoms. Her voice became clear. Her muscles relaxed from rigid to soft. Her blood pressure and pulse returned to normal. Within fifteen minutes her temperature was normal for the first time since the onset of the fever three days prior. Only one dose was required and she had no further relapse.

We continued with the 24-hour home care. Within three more days she was able to leave her quarantined room and share her firstborn daughter with anxious friends and family. The baby was supported through treating the mother and by on-demand breastfeeding. We also applied special herbal preparations to the baby’s spine and feet. Both mother and baby recovered at home without involving the medical system, without drugs and without medical intervention. Both parents had expressed a desire for a home plan.

Yunnan Paiyao offered dramatic improvement in both examples of postpartum seizure and postpartum infection. I have also enjoyed witnessing the benefits of Yunnan Paiyao in PPH, as well as preventing repeat PPH. As life-saving measures I cherish single remedies like Yunnan Paiyao for shock, PPH, seizures or postpartum infection and Belladonna for seizures and Sepia or Sabina or herbal shepherd’s purse for PPH and angelica root, beth root, Caulophylum or Cimicifugia for retained placenta. Long-lasting maternal health is dependent on more than urgent life-saving measures, techniques or single remedies. It has so much to do with full postpartum support through nutrition, adequate rest, 24-hour home care, childcare for older siblings, holistic supplements and remedies, well-established breastfeeding, mother-baby bonding, psychological ease, spiritual integration of the birth experience and a will to live.

Nothing is more satisfying than participating in a successful home recovery from a difficult or life-threatening circumstance in childbirth, where the mother and baby are able to maintain continuous contact in the security, safety and comfort of their own natural environment. One of my oldest and wisest mentors used to tell me, “If it is happening now, it’s happened before.”

I find myself telling my students, “Use a thousand eyes before you decide.” When it comes to saving lives the knowledge and wisdom of midwives passed on through stories of their powerful experiences is what feeds my first actions.

The instinctual fight for life of the mother feeds my continuous actions. The powerful recoveries feed the stories. And not surprisingly, story-telling becomes now, as of old, one of the most important tools for saving lives. 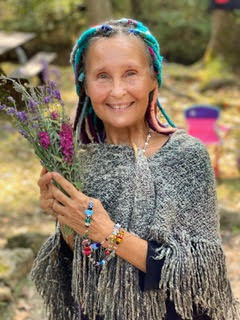 Dancing To The Back Of The Line
Sign up for our other lists.