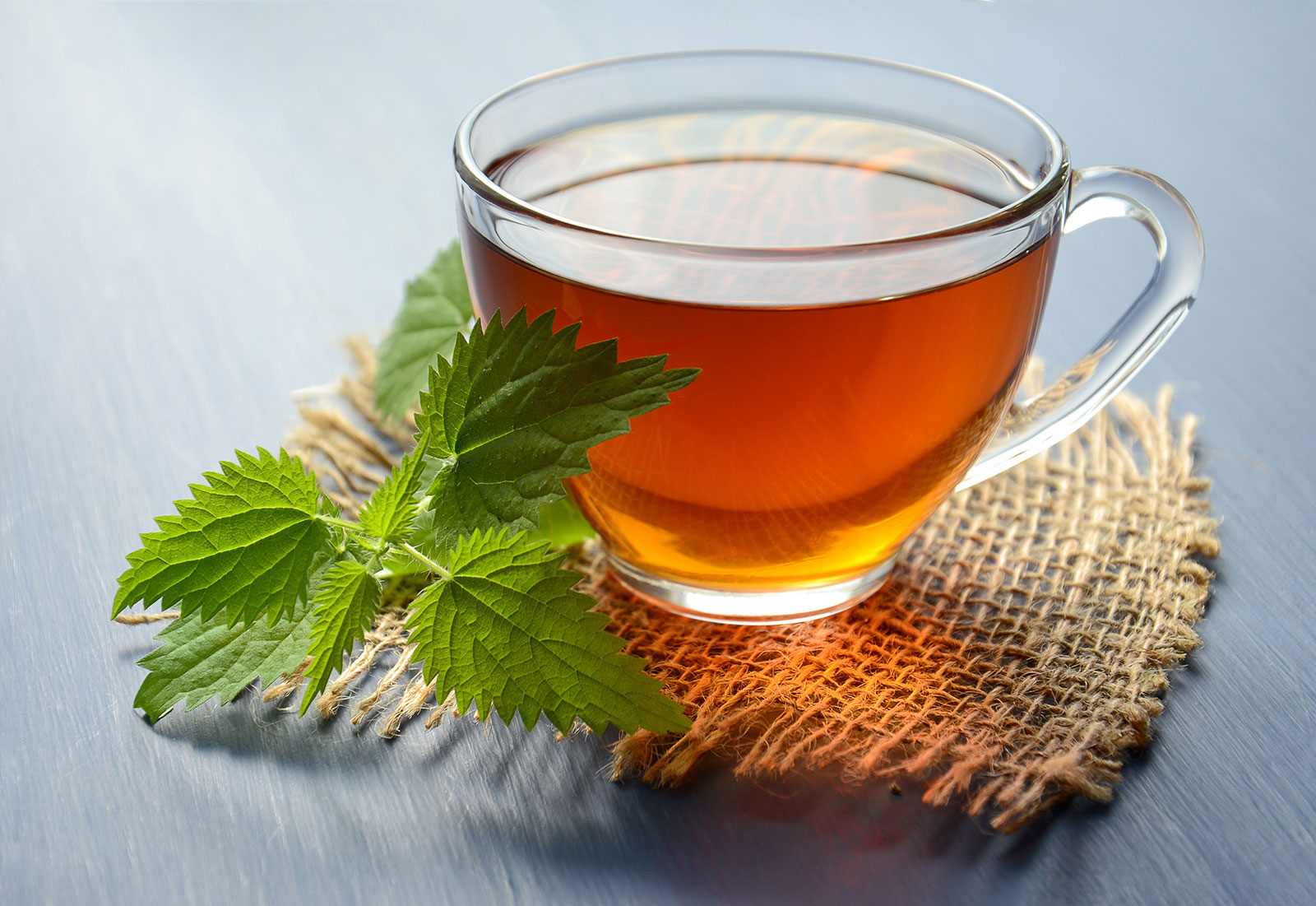 In spite of everyone’s best efforts,
Every once in a while
(Hopefully only very rarely)
There may be a catastrophic postpartum bleed.

We had an experience long ago that drove home how mamas truly need recovery help between the immediate stopping of bleeding and eating iron-rich foods for the next month. This story has a good ending and we learned from it, so no need to get triggered, okay?

Mama was having her first homebirth; she and all her relatives had only had induced and Pitocin-managed hospital births previously. After a very “normal” six-hour labor, on the heels of the baby came the torrent of red. It was the kind of heart-stopping, catastrophic flow that brought every response at our disposal, including bimanual compression and a 911 call—all within a few moments. The paramedics were swift, cheerful, young, and inexperienced. In spite of my objections, after they loaded mama onto the gurney for transport they routinely and quickly raised her to a sitting position. Mama did not have sufficient circulation at that moment to support blood getting all the way up to her raised head; her eyes rolled back, she had a bit of a seizure, and everyone got scared. Coming to in less than a minute, she nonetheless took several minutes to remember who she was, recognize her husband, and back down from a reflexive fight-or-flight combative survival response. And that’s what scared her the most.

The medical response and results were good and baby was quickly brought to the hospital to rejoin mama skin to skin. Everyone was tucked in for a 24-hour stay to get IV fluids and monitor the range of the inevitable drop in hemoglobin (Hgb).

And then … 10 hours later came a 4:00 am phone call. Dad was asking for help. ”My wife is afraid to go to sleep. She hasn’t been able to close her eyes since the birth. She’s anxious and afraid she won’t wake up. She keeps remembering the seizure and loss of consciousness; she

really thought she was going to die. She feels scared and transparent.

“Also, the hospital is just waiting to see how low her hemoglobin goes, to determine if she needs a transfusion. It’s already down near 6, and they say the next check in the morning will be lower still.… But we don’t want a transfusion; isn’t there anything we can do besides just waiting for things to get even worse?”

I brought along homeopathics, essential oils, flower remedies, liquid iron supplementation, and my hands and heart. This combination allowed mama and baby to peacefully fall asleep in less than 10 minutes, and we continued to use many of these remedies over her weeks of recovery. Her hemoglobin five hours later was 7 g/dl, something quizzically deemed “impossible” by the medical staff. Early nutritional and remedy-based intervention does make a significant difference in recovery!

A mother such as this one—once the immediate bleeding has been stopped and she is stabilizing—may have additional risk factors and challenges in her postpartum recovery that go well beyond low hemoglobin. These potential risks include a much-extended recovery period, days of severe headache, prolonged iron-deficiency anemia, a milk supply that is insufficient or never comes in, a weakened immune system, and postpartum depression. The more swiftly we can move this mother back from the physiological and energetic edge of the danger and fright she has experienced, the more stable she will be, the better she will feel, and the more swiftly she will recover.

However, before we hustle in with restorative help after the conclusion of such a frightening event, we must slow down to remember that this mother/baby unit is now especially vulnerable and highly sensitive. Even as we helpfully care for her, we must be extra gentle, extra kind, and speak and move quietly and more slowly. This may take some conscious intention—because babbling and bustling are common stress-discharge responses.

These mother/babies usually do best with a minimum of speech and movement around them for a time. They are easily jarred at every level, and being jarred distracts, or even diverts, from their immediate stabilization. Remember, mother/babies are a unit; the baby is also having feelings and experiences and laying down memory, just like mom. In one of my first births as an apprentice, every time the mother had another gush, the baby’s breathing also faltered. There are no secrets from the baby; they both need reassurance and matter-of-fact calming presences to reestablish equilibrium.

You can get an idea of how vulnerable such a mother is by observing the following:

Immediately use as many of these components as you have and which the situation can tolerate and then decrease over the first days and weeks.

In the first minutes and hours, you’ll know you’re on the road to success when her color returns, her voice strengthens, and she regains her ability to carry on a bit of a conversation.

DOS and DON’TS after a Serious Bleed

Here’s how the numbers actually went for Zoey*, who was supported with this protocol during and after bleeding that began suddenly post-placenta, after an otherwise smooth and relatively swift homebirth:

Other details of postpartum—She was careful to get ample fluids orally, in addition to continuing most of this protocol throughout her recovery. Her family and friends rallied to protect and provide for her over three weeks of resting and caring for her newborn, but not household or other children. She was mildly dizzy for the first few days if she sat too much and had a ferocious headache for over a week despite a wide range of approaches. At seven weeks she reported a high level of satisfaction with her birth and recovery, no emotional trauma from the experience, and an excessive milk supply.

To compare, the Red Cross requires women to wait at least eight weeks between blood donations of a half-liter (about two cups) of blood so their hemoglobin has sufficient time to return to at least 12 g/dl. Zoey essentially returned to her beginning hemoglobin within five weeks by using multiple iron-rich supplementation sources, even after more than five times that amount of blood loss.

Nutrition. Food-based support to help mama restore her healthy blood volume is usually the most sustainable and helpful. What are her family’s or her culture’s preferred high-iron solutions? I’ve seen grandma’s fried liver and onions, local plants, nettle soup, and magical dishes from other parts of the world do wonders. Bringing in traditions or family favorites lets everyone feel helpful and recover from their worry together. In the US, high iron foods include:

Check under the lower eyelid. The mucous membrane, revealed when the lower eyelid is pulled down, reflects the oxygen-carrying capacity of the blood in real time; anemia makes it paler. Familiarize yourself with this surprisingly accurate visual by checking your own and those of your clients, especially at their low points and when their Hgb is known through lab work.

Attend to the baby. Tell the baby what happened. “We’re really sorry that mommy had to leave so quickly to get help. She loves you very much. It was not your fault. You are together now and both of you are safe and sound.” What future perception do you want them to have? Addressing the baby’s narrative now will help diffuse the potential of being held back in life by that newborn experience such as, “If I make a move, someone I love leaves.” Coach the parents to address the baby with positive language; “If I were the baby, what would I need to hear?”

Attend to the family. Did the wide-eyed children see an ambulance take their mommy away? Did a family member later wash out birth bedding, experiencing a tangible shock of the red blood lost? Sometimes just calm listening is needed; sometimes down the road they also may need a bit of tenderness, rescue remedy, or hug. Helping family trauma heal also helps shift the family story about this birth, freeing motherbaby from a forever link to emergency triggers.

A birth professional using a comprehensive naturopathic approach to assist her client after a serious bleed can make a profound improvement in the client’s experience and memory of that postpartum experience. Doulas are also well positioned to offer holistic approaches as a healing ballast for their medically birthing clients, who are commonly discharged shaken and scared, with a prescription for iron and instructions to “resume normal activity.” Applying these naturopathic approaches when a serious bleed occurs expands your care in safe, effective, and cost-effective ways that are also medically compatible and empowering to all.

Now, dear ones, take a deep breath! Most of us have witnessed a bleed that scared us. We, too, must breathe deeply and release our highly-charged emotions around these events. And we can. Using these remedies will create a healing bridge back to normality and health for us to witness and absorb as well.