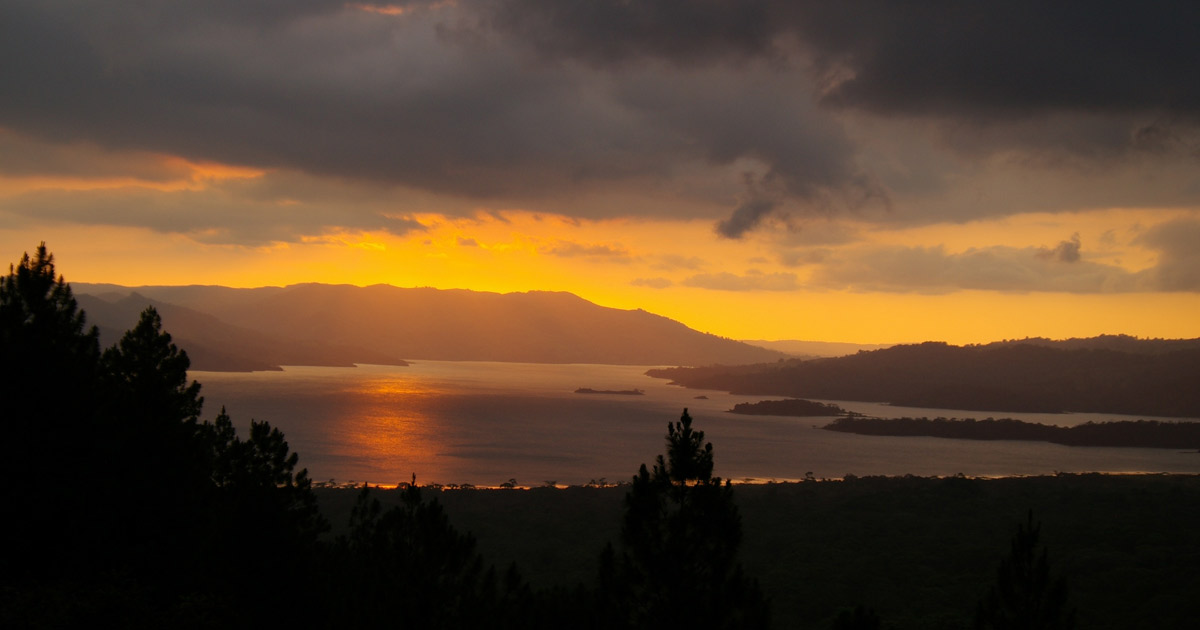 Primal is a new journal dedicated to eliminating violence and promoting a more humane approach to childbirth and living, particularly during the “primal” period, which is defined as foetal life, being born and the first year to three years of life. The magazine has important characteristics such as its outstanding presentation (beautiful colours, photos, illustrations, art and high quality paper and print), written in simple and comprehensive language for Spanish speakers about related topics such as sexual and reproductive health, pregnancy, birth and being born, childhood and parenting, and education in general. Primal, because of its professional quality and attractiveness, stands above other alternative publications, which are generally very plain and not attractive to the wider audience. Primal is written in accessible language for the general public and will begin with 1000 issues for each publication.

Articles in Primal are written by a team of writers, journalists and academics, who “translate” official documents into common language, transmit the results of scientific investigations for the wider public, as well as other scholarly texts by specialists. It will be a bridge between such works to the public in general who needs access to information, which most often stays on shelves and desks of administrative personnel and academics.

The journal Primal is one part of a process to educate and sensitise the population about essential aspects of living well, and aims to create a movement for the “humanisation” of birth, family relationships and life.

The need for such a publication has been expressed by various sectors of the Costa Rican population. There is a profound need to promote and conduce a process of awareness in the population in general of the importance of making birthing, being born and life in general more humane. Many organisations and institutions work in this area in Latin America, and the journal can articulate these efforts and goals to distinct sectors of Costa Rican society.

Currently there are several commercial magazines which specialise in health and education, but they all transmit values of extreme consumerism, stereotyped mother and father roles and inequality between boys and girls, and men and women, contributing to the patriarchal, sexist and oppressive society as we know it.

At the same time, women’s and educational organisations that promote a distinct vision haven’t touched, or even named, pregnancy, birth and motherhood as part of sexual and reproductive health work, leaving an enormous vacuum. Sexual and reproductive rights are currently considered within the realm of human rights work, but start and finish with the right to choose motherhood or not. However, as long as humanity continues motherhood will too, and women’s options and mothers’ rights must be addressed. Currently this is not the terrain of such organisations, but it’s precisely when women most need to reclaim their rights. The profound lack of information available, and the misinformation and ignorance affect women and their children throughout their lives.

Apart from the commercial magazines and alternative organisations that don’t have a perspective, or cover topics of birth and motherhood, in Costa Rica there are no publications which present such alternatives on the subjects of health, education and humane living for the public.

The journal Primal will also include necessary information and non-sexist education to construct a society where there is equality between men and women and equal opportunities. This can only be achieved through a process, which begins from “primal” life, when such values can be transmitted in a deep and permanent way.

Another essential difference from other alternative publications is the professional quality of Primal. The team of publishers and directors aims to create publications that are both meaningful and beautiful because in today’s world the most strikingly attractive and well-designed documents, with clear and simple messages, will have the greatest affect in creating awareness.

Primal will contain many articles of interest to the public, and for people who are seeking specific information on primal health topics. Each number will include one or two current interest articles elaborated by journalists and/or academics, one or two educational guides (about preparation for birth, pregnancy care, sexual and reproductive rights, mothering and fathering, etc.), specialist columns (by health personnel, teachers, psychologists, etc.), interviews of celebrity or prominent authors or specialists (Ministry of Health personnel, artists, writers, experts, investigators, alternative birth and education specialists), testimonies (women’s experience of childbirth and mothering), and articles about ancestral or traditional knowledge (to nurture the idea that alternatives to conventional or modern childbirth and parenting is possible). There will also be spaces for book and journal reviews, internet site reviews, international news and any national or foreign material pertinent to Primal.

A number of announcers will permit Primal to remain in the forefront. All publicity will be thoroughly reviewed for consideration through an ethical review board, keeping in mind a high ethical standard. There will not be advertisements for infant formula, disposable diapers and other consumer products that jeopardise the health, well being and autonomy of families, and particularly babies.

The cover will show a prominent theme of the current magazine, with the objective of being especially attractive to the public and being a recent image. It will appear to be somewhat commercial, but the format and content will be professional with a variety of topics of interest. However, the subjects of health and alternatives in childbirth and education will always be central to the publication. Essentially, the presentation of Primal aims to capture persons who are not necessarily looking for alternative information, but nonetheless will have access to it.

During the first year of existence (with a guaranteed quarterly publication), the dissemination y distribution of the magazine will be a priority. Finding advertisers will be necessary to ensure its sustainability, and financing by national and international organisations, private donations from individuals, or from public or alternative health groups will be sought as well. Advertisers could be commercial, or health and education institutions, both private and public. The Association Primal will be receiving donations and issuing receipts for tax deduction.

Primal will be introduced into the market with the first edition free of charge, in the capital, and subsequent editions in the rest of the country at a modest and accessible price. Annual subscriptions will be offered. The future sustainability of the magazine will be guaranteed through publicity spaces, sales and subscriptions.

Four editions will be published annually, starting in May 2001.

Various stages of production include: Production (8 weeks), theme co-ordination (4 weeks), editing (1 week), graphic design (1 week), printing (3 weeks), distribution (4 weeks until all are sold). It is estimated that each journal will take approximately 2 months to make, and the distribution will begin thereafter.

In Costa Rica, health has been thoroughly “medicalized”, and technology and drugs are routinely used inappropriately even during natural processes such as pregnancy and childbirth. Few people in Costa Rica are aware that in many parts of the world, in different ways, a movement is forming and building momentum, to de-medicalize childbirth, and ultimately humanise it. There is an enormous vacuum and need for information. Women don’t know their rights in the area of childbirth, and everyday are abused and used as objects of experimentation and teaching.

In our country, where almost all women are “delivered” in public hospitals or private clinics, alternatives to hospitalized birth are not considered legal or legitimate. Nevertheless, a handful of independent midwives are braving the hostile climate and offering home-birth outside the system (including within our group). Women in general are too afraid to opt for this right, and don’t have any idea of the potential dangers of medical interventions in childbirth, which are applied routinely and systematically in hospital birth in Costa Rica.

Women’s organisations that are currently working in the area of sexual and reproductive rights in Costa Rica do so generally from the perspective of women’s right to choose pregancy. However, everyday women get pregnant and end up in the government system (which is considered one of the best in Latin America), and are denied their right to alternatives to the interventionist style of hospital obstetrics. (Still in Costa Rica, interventions that have been proven to be harmful such as episiotomy, pitocin drip, electronic fetal monitoring, frequent vaginal exams, just to mention a few, are part of hospital protocol to be used in all normal births.) In other words, there are no governmental or non-governmental organisations in Costa Rica dedicated to the empowering women and humanising treatment in childbirth.

Who are the beneficiaries (direct and indirect) of the activities of our organisation?

Direct beneficiaries: women who want or in the future will have children. Pregnant women, women who are considering having more children, who receive the magazine or reproduce it.

Indirect beneficiaries: people close to these women, who having had more satisfying childbirth experiences, can build more respectful and loving relationships. Also health personnel (nurses, doctors, obstetricians, health administrators, etc.) who will become sensitive to the process of birth, which until now is believed to automated and mechanical, as childbirth is currently “treated” in hospital.

Meetings have already taken place in the capital San José, with women who have used the public and private health services, to talk about and analyse the experience of childbirth together and propose change.

Preparation for childbirth courses are also taking place, which include elements not found in hospital courses, such as the scientific evidence for medical interventions (benefits and risks), the physiological necessities of childbearing women and women’s rights in childbirth.

We produce flyers and publications that question the indiscriminate use of technology in birth, medical institutions as centres of power and violence against women.

We are opening channels of communication with institutions that regulate the actions of the public and private health sectors, to denounce abuses and hospital violence against women.

We are giving a course “Anthropology of Birth”, taught to health professionals, particularly obstetric nurses. It has opened new channels of communication with the Ministry of Health, who has solicited from us recommendations to update the hospital protocol for childbirth.

Who are the founders of our organisation and when was it founded?

The organisation was founded in August 2000, when Marie Tyndall (midwife and anthropologist) and Gabriela Cob (psychologist) met, and together proposed to plan and carry out activities to create awareness and change childbirth in Costa Rica.

We are an independent group of women who work in distinct areas of the health sciences. Our special interest in this project is to de-medicalize childbirth in Costa Rica, as well as in Latin America. The structure is democratic-participatory. In other words, we arrive at decisions together through consensus. At weekly meetings we discuss current events in childbirth in Costa Rica, make decisions, delegate responsibilities and evaluate.

We are six women who meet weekly, and collectively make decisions, without a hierarchy. We consult with a group of experts as the need arises, men and women of diverse backgrounds, who assess and make recommendations.

Any participant can propose ideas, which are discussed within the group, and finally through consensus the group decides to proceed or not with the idea. Generally speaking actions are assumed together, but if for time limitations, not all members can participate in an activity, those that can are free to act. The better the dissemination and visibility of our vision and proposal, the more likely we are to achieve our goals.

Primal Health: History of a Concept
Sign up for our other lists.