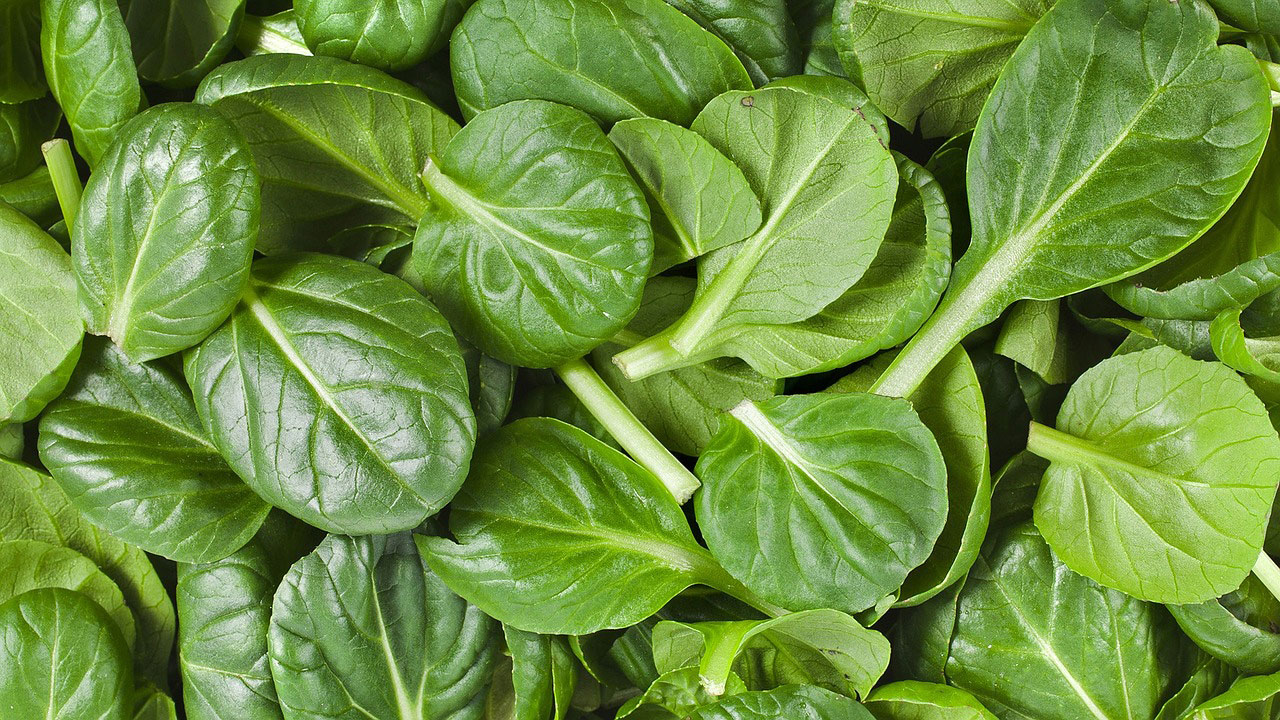 Nutrition in pregnancy—a no-brainer, right? Who would think it was so controversial? Disagreement over a healthful diet during pregnancy continues to rage, with one side saying that what a woman eats will have no effect on her pregnancy and the other saying it has an enormous impact. So what’s a woman to eat?

The fact is that research has been done on this subject, but with the exception of folic acid, it stopped somewhere around the 1980s when the focus shifted to drugs as the answer to curing all ills. The research that was done was not widely accepted due to the fact that it could not include clinically controlled studies. It would not show common sense or ethics to starve a group of pregnant women in order to supply a control group. The researchers did the logical thing and used the women’s previous diets and circumstances as the control (Brewer 1982). The results were amazing. Dr. Tom Brewer totally eradicated preeclampsia in specific populations where the former rates were upwards of 40 percent. He had the women eat a healthy, varied, well-balanced diet that included high quality foods, adequate protein, and complex carbohydrates. He also had them drink water to thirst, eat salt to taste, and avoid drugs. Unfortunately, the National Institutes of Health refused to publish the results because he couldn’t do a clinically controlled study.

So what’s the problem with pregnancy nutrition? The standard medical community does not believe that women need to eat this way. Doctors keep saying that they don’t know the cause of preeclampsia, but they are madly searching for a “magic pill” or single cause to shed some light on the mystery.

“Since such a common and lethal disease must have rational, scientific etiology or cause, theories other than maternal malnutrition in late pregnancy have proliferated, as private drug firms have stampeded in a frenzy to find the ‘magic bullet’ to cure or blindly treat the signs and symptoms of this still ‘mysterious,’ enigmatic, cryptic ‘disease of antiquity.’ So far all of these non-nutritional, drug-focused efforts have failed.” (Brewer and Brewer, 2003, p. 28)

This attitude means that the majority of women receive no education on nutrition in pregnancy. Desperate treatments of preeclampsia, such as diuretics, elimination of salt intake, and calorie and weight gain restriction, only exacerbate the problem by further reducing and restricting much-needed blood volume (called hypovolemia) and reducing the blood supply to the placenta and fetus. Women call Dr. Brewer daily with horror stories of eclampsia, premature babies, placental abruption, and fetal growth restriction (Brewer et al. 2000, 1985).

He has spent a lifetime doing research and education on preeclampsia prevention, the cause of which is widely thought to be unknown. But not to Dr. Brewer. He found in his obstetrical practice over the years that asking women what they ate and having them eat a well-balanced, adequate protein and salt, high complex carbohydrate (whole grains, beans, vegetables, etc.), varied diet all but eliminated the incidence of preeclampsia in the populations with which he was working. Another plus was the lower incidence or elimination of premature labor and births, placental abruption, fetal growth restriction, and hypovolemia (Brewer 1982).

Preeclampsia, toxemia, and eclampsia are all symptomatic degrees of the same disease that Dr. Brewer calls “metabolic toxemia of late pregnancy” (Brewer 1982). They are evidenced by symptoms of high blood pressure, edema (swelling), sudden weight gain, proteinuria (protein in the urine), spots before the eyes, headaches, elevated liver enzymes, and, in the most severe cases, eclamptic seizures. It is a dangerous condition of pregnancy that can kill both mother and baby. Any one of the symptoms alone is not necessarily an indication of preeclampsia. For instance, some swelling is normal during pregnancy; and it is not uncommon for a healthy, well-nourished woman to have a month where she gains 5–10 pounds due to a normal, healthy, expanding blood volume (usually in the seventh to eighth month).

The anatomy of eclampsia is complicated, but the basis of Dr. Brewer’s research is simple: Eat good food and avoid drugs. Working with a poor, malnourished population, he looked at what the women were eating and the high rate of eclampsia and other serious maternal /fetal health problems (Brewer 1982). Rather than throwing complicated, expensive technology and drugs at the problem, he did something logical—he fed them. He asked what they were eating and recommended that they eat whatever healthy, whole foods were available to them. Apparently their diets were especially deficient in protein, so he recommended that they eat eggs and drink milk because these were not only nourishing, but also inexpensive and easy to come by. Meat was expensive and scarce, but if the women could afford to obtain some, he recommended that they add it to their diets, too. Contrary to the popular beliefs at the time, he told women to salt their food to taste. This supports an expanding blood volume necessary to support pregnancy and grow a baby. He reduced the rates of eclampsia from 40 percent to almost nothing.

This concept is not new. Research into ancient history reveals references to a well-balanced, adequate diet as far back as the Greeks. Studies done in the 1940s at Harvard and the 1950s in Canada sparked the ideology by improving maternal /fetal outcomes using superior diet as the influencing factor. In addition to adequate salt (to taste), water (to thirst) was also found to be an important element in a healthy pregnancy diet. Common sense rules in a land where technology and clinically controlled studies are the gold standard—a hard concept  for most medical professionals to accept.

Dismissing Dr. Brewer’s work because it is contrary to previous belief systems, some of which are financially driven, is tragic. Unfortunately, most physicians fail to read Dr. Brewer’s research and instead base their judgments on hearsay. Luckily, many midwives ignore poorly supported, common medical assumptions and look at the evidence. When their clients eat well and avoid drugs, they generally do well.

The higher protein diet recommended by Dr. Brewer is not the no-carb/high protein diet popularly used to lose weight today. Interestingly enough, when a woman eats a varied, high-quality, whole food diet she ends up with anywhere from 75–100 grams of protein a day from varied sources (not just animal products). Vegetarians and vegans need to be very diligent about getting enough variety and vegetable proteins, but if they are, they will do just fine. Meat eaters need to add more nuts, seeds, beans, and other vegetable proteins to acquire the proper variety of foods, as well. We tell women to eat the good food first and avoid junk food, desserts, white flour, and sugar. This eliminates empty calories and maximizes the quality of their diets.

Powdered protein supplements will not do the trick. In fact, recent studies have shown that high protein diets without sufficient high-complex carbohydrates can cause women to lose weight at a time when they should be gaining in order to build a baby (Kramer 2003c; Kramer 2003d). These studies are misinterpreted as indicating that too much protein is bad for women (Kramer 2003b; McKeown 2001). The major problem with these studies was that the women used powdered protein supplements, not dietary-food sources, and left out complex carbohydrates, fruits, vegetables, dairy, nuts, beans, seeds, salt, etc. It was not a complete diet. What the studies really told us is that protein supplements don’t work. In order to supply the pregnant body with what it needs, dietary protein, along with high-complex carbohydrates and all the other nutrients, needs to come from real food (Kramer 2003b).

Another of the latest “magic pill” concepts is to tell women to eat lots of fish to prevent preeclampsia and preterm labor (Odent 2001, 2002). The danger in this is that women may do so at the expense of other nutrients. Another major concern to consider is recent warnings in the US regarding consumption of certain fish and mercury content (FDA/CFSAN 2001). It has been recommended that pregnant women eat deep-sea fish no more than once a week. Local lake fish (I am in the Great Lakes region) are considered contaminated enough that pregnant women are told not to eat them at all. The problem with fish raised on farms is the higher rates of antibiotics used prophylactically. Here one runs the risk of creating antibiotic-resistant superbugs and the potential for allergies to antibiotics. While eating fish from an organic fish farm would solve this problem, many women do not have access to organically raised fish.

While fish is an excellent source of protein and omega fatty acids, it is just one of many good food sources that would assist in preventing preterm labor and preeclampsia (Olson et al 2001). It should not be relied on as the only source of protein or calories. Dr. Brewer found similar results with a varied, well-balanced, high protein, high complex carbohydrate diet. I find it odd that the medical community at large always seems to be looking for the magic substance or pill to solve the problem. There are other sources of protein and omega fatty acids, such as pumpkin seeds and flax, from which a woman could obtain the necessary nutrients. Why not just teach women to eat a variety of nourishing foods, including fish and seeds?

Weight gain during pregnancy is another hotly debated issue (Kramer 2003a). Not so long ago, women were told to limit weight gain to as little as 10 pounds, based on the assumption that because sudden weight gain (along with other symptoms) is one of the major signs of toxemia, gaining too much was a cause of the problem. Then low birth weight became a problem, and doctors upped the amount to gains of 20–35 pounds. How much should a woman really gain during pregnancy? Well, that depends on the woman and her prepregnancy weight and health status. Dr. Brewer found that weight gain was not the real issue. On his diet, most women gained an average of 35 pounds or, if they were heavy to begin with, they lost while eating a superior diet with adequate calories. How much women gain should not be the issue but rather the quality of what they are eating.

It’s time that common sense prevailed and medical science accepted the fact that sometimes things are simple and women do not benefit from drugs and complicated, expensive technology. But doctors can’t charge for that. Eating well does not feed the great pharmaceutical machine. Additionally, doctors aren’t usually trained in nutrition, and even dieticians are not taught about current research on pregnancy nutrition. In some ways, we can’t blame them for lack of information they were never given in medical school or college. It’s a rare physician who has the time and inclination to do his or her own research and think outside the box.

It’s obvious we need to stop looking for a “magic pill” or single cause and focus on prevention. So far the “magic pill” theory has gotten us nowhere. New evidentiary studies need to be done on nutrition in pregnancy, where women eat a varied, omnivorous diet, high in protein (from varied sources) and high complex carbohydrates.

Amy V. Haas has been a childbirth educator, writer, consultant and lecturer in the field of pregnancy and birth for the last 18 years. In addition to her other education, she had the honor of studying with Dr. Tom Brewer for five years. She is a founding member of Rochester Area Birth Network and is presently the Education Chair. She is the mother of two wonderful young men and lives outside of Rochester, New York, with a very patient husband and one demanding Chinook dog.

Midwifery and Conceptual Models of Nursing: A Comparison