Midwifery Today > Issue 124 > Postpartum Baths for Pain Control: Not Science and Not Midwifery 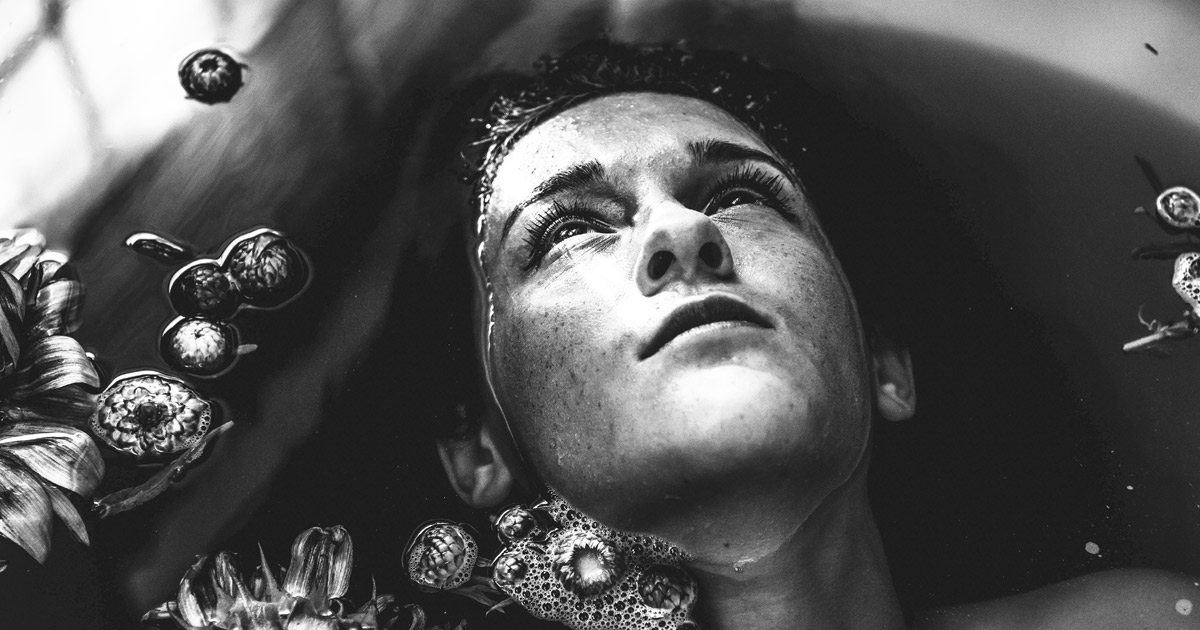 Abstract: The stated mission of the ACNM is to promote “optimal pregnancy, physiologic birth, postpartum care, and care of the newborn.” Contrary to this, the March/April 2017 issue of Journal of Midwifery and Women’s Health (JMWH) included an article advocating that for minor pain relief, women should spend half an hour in a hot bath only an hour after birth—rather than stay with their babies for bonding (Batten et al. 2017). In addition to ending the bonding period prematurely, hot baths at one hour can be dangerous to mother and baby because they dilate the blood vessels in the uterus, potentially causing increased bleeding, dizziness, and fainting. The authors were aware of the danger of the hot bath, because the study protocol required that a nurse attend the woman in the bath at all times. Adverse outcomes occurred in 6% of the cases (3/45). In addition, 22% (10/45) of the women included in the study sample received ibuprofen upon entering the bath, yet were not disqualified from the study. The recommendation to prematurely end the bonding period by putting a postpartum woman in the bathtub represents a paradigm shift away from ACNM’s stated principles.

In a study published in the March/April issue of Journal of Midwifery and Women’s Health (JMWH), 43 women completed a self-assessed rating of pain intensity on a scale from 0 to 10 before and after a 30-minute hot bath one hour postpartum (Batten et al. 2017). Almost a quarter of the study participants (10/45) also took an undefined amount (no dose is mentioned) of ibuprofen upon entering the bath, but were not disqualified from the study group. Among the 43 women who completed the evaluation form, taking a bath lowered their self-assessed pain level from 3/10 to 2/10.

According to the article, “Supporting the normalcy of birth and a woman’s desire to birth without intervention are cornerstones of midwifery care. Eighty-five percent of qualifying women took advantage of postpartum hydrotherapy” (Batten et al. 2017, 212). The juxtaposition of these two sentences leads the reader to believe that postpartum hydrotherapy is normal and is not an intervention. As a homebirth midwife, I disagree.

“Postpartum hydrotherapy” is a medicalized term for taking a bath after birth. Such pretentious language risks imposing fearfulness into women’s psyches and making them believe birth is a very complicated process—a belief that I believe is contrary to the mission of the American College of Nurse Midwives (ACNM), publishers of the Journal of Midwifery and Women’s Health.
Bonding Is Part of Normal Birth

At one hour after birth, it is normal to be bonding with one’s baby because this is the middle of the two-hour bonding period. Many babies don’t get the hang of nursing until at least 45 minutes or more after they are born, so at one hour they are just starting to get their protective and needed supply of colostrum, with all its flavorful and useful immunoglobulins. At two hours postpartum mother and newborn often go to sleep. That is exactly what has happened at the 900 homebirths I have attended, in which there were no unnecessary interventions. That is normal birth.

Postpartum hydrotherapy for postpartum pain is contrary to normal birth. If no one disturbs her, a new mom is busy nursing at one hour postpartum and is usually too busy to notice minor postpartum pain (the authors acknowledge that the pain scores of those in the study were low, with a mean of 3.02) (Batten et al. 2017, 212). A pain level of 3 is not one that necessarily requires treatment in a healthy bonding period. We know this because after the bath, the average woman rated her pain as 2 out of 10, but no one suggested that that pain level be further treated. A woman after normal birth is basking in her glory of having given birth and engaging with her new, awake baby. Is the intervention of separating mother and baby justified when, with concomitant use of ibuprofen, her pain level will only decrease from a 3 to a 2?

The authors write, “It is optimal to continue offering non-pharmacologic pain management postpartum” (Batten et al. 2017, 210). During birth, it is safer to use non-pharmacologic pain management because all pain medications cross the placenta to the fetus. But after birth, the fetus is usually not exposed to pharmacologic pain management given to the mother because, in the vast majority of cases, the drugs do not go into the milk in any significant amount on the first day (the mother is not producing a significant amount of milk on the first day). A bath at one hour is less optimal than routine pain medications because it separates mother and baby and can lead to increased postpartum bleeding.

In my practice, I use acetominophen 1000 mg PO often—for labor as well as postpartum. I have observed that the onset of pain relief from acetaminophen is 10 minutes—similar to the finding in another study of 11 minutes to onset (Moller et al. 2005). However, the article states that acetaminophen and ibuprofen are not as useful as a bath because they have “onset times of greater than 20 minutes” (Batten et al. 2017, 210). This reference is from an article on a study done for a Madison Avenue drug-promoting company in Manhattan (Olson et al. 2001). That article compares the use of various drugs in 239 patients with “moderate or severe pain following dental third molar extractions”—which is quite different from postpartum pain of a low-risk woman who just delivered a healthy newborn. (Note that the women in the study at hand had mean pain scores of 3.02, which do not rise to the level of even moderate pain.)

The authors also stated in the article that, “there were no reports of increased bleeding with its (hydrotherapy) use” (Batten et al. 2017, 212). It is impossible to accurately measure blood loss in a full pool of water; but one can check hemoglobin levels before and after. However, there was no indication in this study that hemoglobin levels were checked. The study used a 37–38°C (98.6–100.4°F) bath—which is slightly warmer than normal human body temperature. At this temperature, a bath dilates blood vessels and can thereby increase postpartum bleeding. The article cited for support that a hot bath at one hour postpartum does not increase bleeding deals with waterbirth and does not address hot baths an hour after birth (Nutter et al. 2014).

Neither are the two comparable. In waterbirth, the water has cooled to less than 38°C (100.4°F) over time. In addition, the reference regarding waterbirth does not say that waterbirth did not increase bleeding. It says that only four studies even look at blood loss and no final conclusion could be reached based on them (Nutter et al. 2015). Interestingly, the hospital in which this study was done does not even offer waterbirth.

Instead of empowering women to use the bonding period for bonding, JMWH appears to be encouraging the use of hot baths instead. Hot baths at one hour are potentially dangerous to mother and baby because they may cause bleeding, fainting, or both, as well as interrupting the bonding process. The authors are obviously aware of the dangers of the hot bath because they do not leave a woman alone in the bath for a single minute. In fact, bad outcomes did occur in 6% of the cases (3/45).

Birth in India: One Chosen Perspective