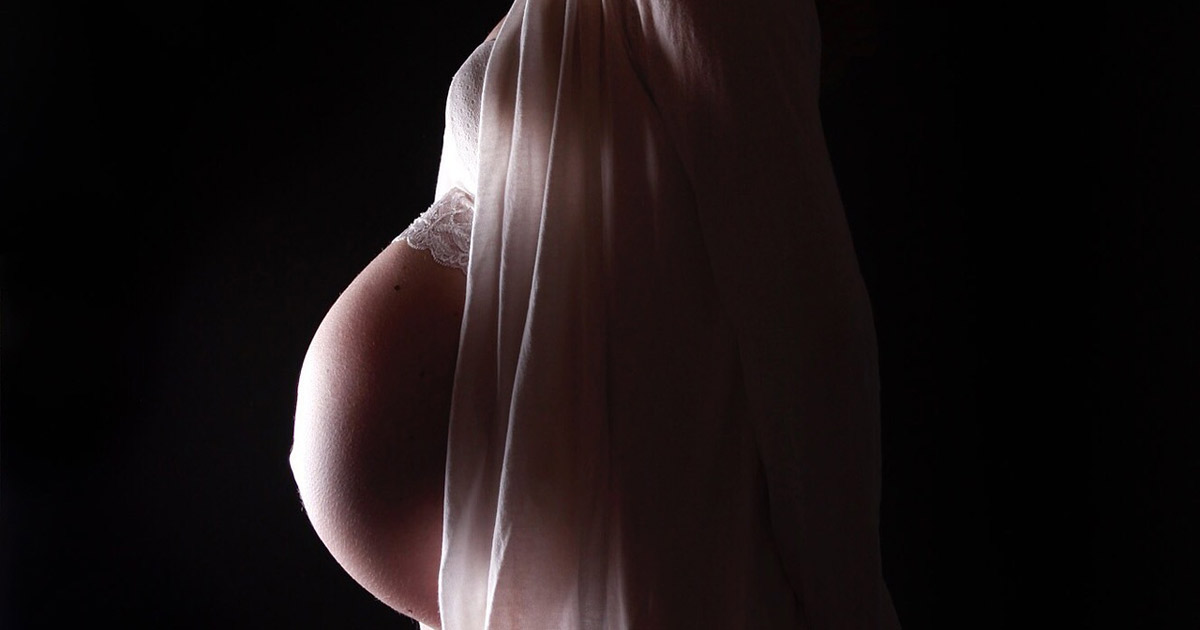 Two direct entry, licensed midwives with their own freestanding birth center in the United States referred a woman at 39 weeks gestation to their consultant obstetrician for induction because of “unstable lie” and because the woman requested induction. Her two previous births had been vaginal and without complications, although one was induced with prostaglandin gel. When the obstetrician said he would use Cytotec, the woman and her husband said they expected he would use prostaglandin gel but he said that he now uses Cytotec, as it is “more modern and reliable.” They were not told Cytotec is not approved by the Food and Drug Administration (FDA) for this purpose nor were they told about any of the known risks such as hyperstimulation and uterine rupture. The obstetrician inserted 50 micrograms of Cytotec in the vagina, put several more tablets of Cytotec in an envelope, gave the envelope to the parents and sent them home, knowing the woman would be giving birth in the birth center.

No labor ensued, however. When the midwives learned of the use of Cytotec, they called the obstetrician because recently they had heard that Cytotec can result in “too fast labor.” The obstetrician told the midwives Cytotec is “not risky” and “not to worry.” So one week later the midwives again sent the woman to the same obstetrician for another try at induction, this time with no medical indication, as the fetus now had a normal, stable lie. The obstetrician again inserted 50 micrograms of Cytotec into her vagina, gave the woman more tablets in an envelope and sent her home.

After a few contractions at home, the woman went to the birth center. The woman informed the midwives about the Cytotec insertion and the envelope of Cytotec pills. Six hours after the first Cytotec was inserted by the obstetrician, the woman and midwives agreed on another 50 microgram dose, this time orally, and six hours later on a third oral dose.

Active labor began, which rapidly evolved into hyperstimulation. Because the labor was videotaped, later analysis has shown that, using the Williams Obstetrics definition of hyperstimulation—more than five contractions in a 10-minute period and/or contractions lasting longer than one minute—there was intermittent hyperstimulation throughout the 90-minute second stage. With hyperstimulation there is not enough time during and in between contractions for adequate oxygen flow to the fetus. During the last 17 minutes before birth there was difficulty in finding fetal heart tones and at the time of birth the baby was flaccid and blue with an Apgar of one. Emergency transport to the nearest hospital was expedited but, tragically, months later the baby clearly has severe neurological impairment, most likely as a result of hyperstimulation from Cytotec induction and the subsequent hypoxia.

In this case, the obstetrician must bear primary responsibility and liability for the severe uterine hyperstimulation during labor because he prescribed Cytotec, gave the first dose, gave the woman additional doses in an envelope and sent her home to labor knowing she planned to go to the birth center for the birth attended by midwives. The obstetrician did not give adequate informed consent and falsely reassured both the parents and midwives about the risks of Cytotec.

But the midwives must also bear responsibility. First, they seemed too cavalier about pharmacological induction of labor, being willing to monitor a woman in their birth center who has been induced by a doctor in his office. They were obviously concerned about Cytotec induction but, unfortunately, were willing to be reassured by the obstetrician—”He said it’s totally fine” and “I trusted him.”

Because the obstetrician “prescribed” Cytotec and gave the first dose, the midwives did not feel they “administered” Cytotec even though they cut the tablets given to them by the woman and brought the tablets to her with a glass of water. It is extremely important for midwives to understand that a midwife (just like a nurse) who gives a drug to a woman or even watches a woman take a drug while under the midwife’s care or in her care facility is personally responsible for and liable for being certain the drug is appropriate and in the correct dose, regardless of who prescribed or ordered the drug in the first place. This is why hospitals take away on hospital admission any drugs the patient may have brought with them, even aspirin.

Like the obstetrician, the midwives failed to give adequate informed choice on induction and on Cytotec. For example, they also never told the woman that Cytotec is not approved by the FDA for induction.

The midwives did not recognize the hyperstimulation when it occurred—not surprising since this would be a very rare phenomenon in a birth center or homebirth practice where induction is not usually done.

Lessons? First, midwives must find the strength and courage not to be sucked into practicing a more interventionist type of care—resist the temptation to become a “medwife.” One of the major advantages of midwifery care is avoiding unnecessary intervention. Pharmacological induction is just plain dangerous in any setting and doubly as dangerous in out-of-hospital settings. Midwives who begin trying more such “medical” type interventions will find themselves rapidly falling into a bottomless pit of risks for the woman and baby and liabilities for themselves—as this case shows. Midwives will also find themselves inheriting other problems associated with a more medicalized approach to birth including difficulties in getting malpractice insurance and higher insurance premiums.

And induction with Cytotec should never be attempted anywhere, most especially in out-of-hospital settings. Incredibly, the American College of Obstetricians and Gynecologists (ACOG) recently approved Cytotec induction: 1) in spite of lack of FDA approval; 2) in spite of a letter to doctors earlier this year from Searle (which manufactures Cytotec) imploring doctors not to use it for induction; 3) in spite of lack of approval from the Cochrane Library (the best scientific opinion); and 4) in spite of the fact that it is not approved or used for induction in any country in Western Europe.

Recent articles in prestigious medical journals like The Lancet have questioned the validity of standards of practice from professional organizations like ACOG, because their goal of protecting the health of women through using scientific evidence to guide members toward best practices too often conflicts with their other role as a trade union representing the interest of their members. As a result of this “trade union” role, ACOG recommendations are too often compromised by the needs of the obstetricians. A classic example of putting the doctors’ needs ahead of the families’ needs is the ACOG recommendation not to permit videotaping by families of a hospital birth.

So ACOG quotes studies of Cytotec induction, none of which has a sufficient number of research subjects, and consequently, none of the studies quoted have sufficient statistical power to detect small but potentially important risks such as uterine hyperstimulation and uterine rupture. Furthermore, because published studies of Cytotec induction have such wide methodological variability, meta-analysis is impossible and the published attempts at such meta-analysis are seriously flawed. But Cytotec is a godsend for busy obstetricians, as its use allows them to schedule the woman’s labor at a convenient time and speeds up the labor, resulting in a return to “daylight obstetrics”—pharmacological induction of labor has increased from 10 percent to 20 percent in the past decade in the United States. So with their members’ needs in mind, ACOG plows ahead, ignoring the best scientific evidence as well as the recommendations of the best scientific bodies, of government agencies not only in the United States but in every country in Western Europe, and of the pharmaceutical company. Instead, ACOG uses weak, inadequate evidence to approve Cytotec induction. Midwives should stay as far away as possible from such vigilante obstetrics—obstetricians taking matters into their own hands while ignoring the recommendations of the real judges.

(Parenthetically it must be added that for these reasons ACOG recommendations should never be the only criterion used in developing standards of practice. Should the United Automobile Workers Union set the standards of safety for automobiles? The recent ACOG recommendation to allow vaginal birth after cesarean (VBAC) only in a hospital with a surgeon and anesthesiologist at the ready is yet another example of a recommendation based on weak, inadequate evidence but which is made nevertheless, as it benefits obstetricians even as it eliminates significant options for birthing women and further marginalizes midwives.)

Another lesson for midwives from this case: Midwives are personally responsible and legally liable for everything that happens to the women under their care. Midwives do not require “supervision” by obstetricians but need to collaborate with them as equals when necessary. This means that midwives should not try to blame or push off responsibility onto the doctor. In any case, whatever the doctor says, does or recommends, the midwife remains responsible for whatever happens to her client as long as the client is in the care of the midwife.

Beware of reassurance, regardless of where it comes from. How can American midwives trust what American obstetricians say when there is such a gap between what these same obstetricians practice and what the evidence says they should be doing—obstetricians’ episiotomy rates far above what the evidence says they should be is only one example among many. Research shows that doctors rely far more on the opinion of other doctors than on scientific evidence. Midwifery has an opportunity to lead the way in this country in providing maternity care in which any interventions, including the invasive ones also used by obstetricians, are based on the best evidence. Sure, a midwife should get the opinion of her peers and her consulting obstetrician, but she also should always get the best evidence from the literature (see notes at the end of this article) and then, together with the woman decide what is to be done. And then accept full responsibility for everything she does. And also lead the way in always providing full, unbiased informed choice, not because she is afraid of litigation (like doctors and hospitals), but because she respects her women too much to do it any other way. In the case of Cytotec induction, the information given to the woman must include that it is not approved for this purpose by either the FDA or the pharmaceutical company.

A sad postscript: In 2000, the family in this real case sued the midwives and their birth center and, in addition, sued the obstetrician—their child from this birth needs daily home nursing care for the rest of his life. The insurance company for the midwives made a pretrial settlement with the family for the upper limit of the midwives’ insurance policy— two million dollars. The litigation with the obstetrician is still pending.

A Journey to Health during a Twin Pregnancy