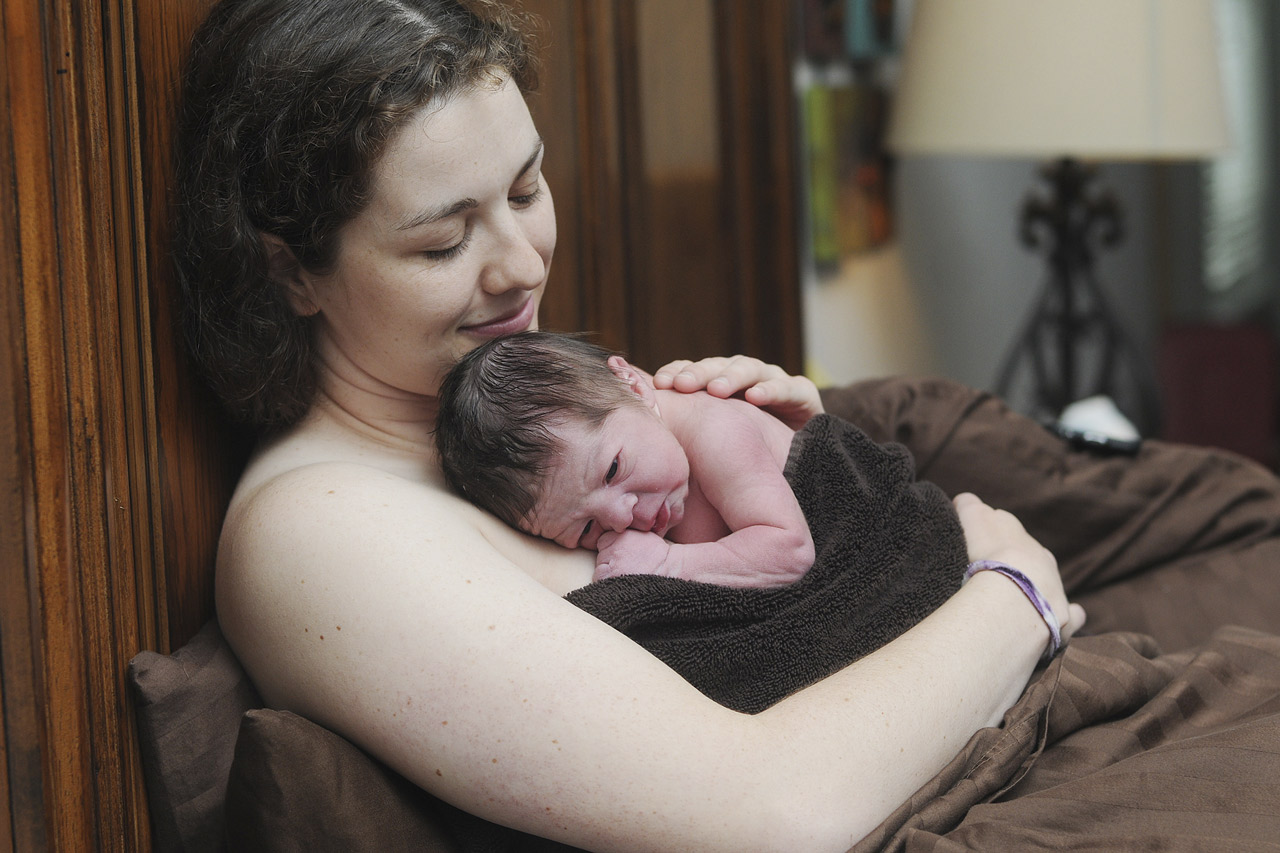 To better guide our pregnant mommas during prenatal care, birth and breastfeeding, we first must understand how the microorganisms in our intestinal flora have much influence on our health, orchestrating our emotional and physical well-being and aiming to help us to prevent chronic diseases later in our lives. Yes, it sounds paradoxical, since historically, we have been taught to think of bacteria as disease-causing agents.

In general terms, all the microbes that live in our guts are very important for our health, but yet, under some conditions, some of them can cause severe disease. Interestingly, there has been a significant change in our understanding of what causes disease, mainly by taking into consideration the awesome research in epigenetics, microbiota, what we do, how we behave as we go through life, what we eat and what kind of microbes we have in our guts ever since our sacred moment of birth.

Of course we have to also take into consideration the effectiveness of our immune system, which takes us back to what happened in our guts when we were born, which type of bacteria first colonized the newborn’s gut, whether it was a natural or cesarean birth and whether the mother received antibiotics during pregnancy, before and after delivery. These are important questions every provider shall take into consideration when looking at what we can do to inform parents and maintain every baby is as healthy as possible in mind and body

So what exactly is the microbiome? We could define it as the combined grouping of microorganisms that can be found throughout the body, including bacteria, fungi and viruses.

The bottom line: Our gut microbes are directly linked to our genetic material and connected to how we respond to our environment.

I am not going to explore the quantity of bacteria we all carry in our bodies; rather, I will mention how this astonishing number of bacteria has been identified. New research and techniques started to appear in the last decade of the twentieth century. Before that, the only way we could identify gut microbes was via culture in petri dishes using selective media called agar, which is not a good representation of what we carry in our guts since now we know that about 80% of the gut microbes cannot be cultured. Scientists now can identify microbes according to their genetic blueprint with gene sequencing technology, which is beyond the scope of this article. In a nutshell, now we can identify microbes that we cannot culture.

So what exactly is the microbiome? We could define it as the combined grouping of microorganisms that can be found throughout the body, including bacteria, fungi and viruses. The largest microbial community resides in the gastrointestinal (GI) tract, and it is made up of bacteria.

Let me mention that for every human cell in our bodies, there are 10 microbial cells. This whole ecosystem works together 24 hours a day to keep us healthy. The important issues to understand, especially within the medical community, are the following: When is a baby first colonized with bacteria, and how important are these bacteria to the future health of the baby?

There is still some literature that says that we are born bacteria-free, but now we know that baby’s first meeting with microbes is not necessarily at birth. Now we know that the placenta has its own microbiome, which has been related to mother’s oral bacteria. In other words, the time has come to overturn the sterile womb paradigm. For this, Dr. Kjersti Aagaard, from Baylor College of Medicine in Houston, has said that the placental microbiome is the baby’s first meeting with the bacterial world, followed by the birthing process, the first hug with mother and her skin microbiome and finally with breast milk, the first creamy bacterial soup.

Nonetheless, much of the literature still points to the initial colonization of the newborn’s skin, mouth, respiratory tract, and gastrointestinal tract beginning during birth, with bacteria from the mother’s vagina and perineum, the immediate skin-to-skin contact with mother, and bacteria from the home, birthing center or hospital. Later, the gut microbiome will stabilize according to the type of feeding. This is relevant because it has been well researched that what we eat will influence our gut bacteria, which in turn will influence our heath, and importantly, our brain function, according to latest research.

In general terms, intestinal bacteria participate in our immune system functioning, detoxification, inflammatory response, production of neurotransmitters and vitamin and nutrient absorption. All of these functions take place in our gut, which is also called our second brain. In the third century BC, Hippocrates, the father of medicine, already pointed out that all diseases begin in the gut. Research is constantly showing that a disruption of our microbiome will strongly influence whether we will experience different diseases such as asthma, allergies, ADHD, personality disorders and chronic autoimmune diseases. At this point, it is of most importance to point out that high cesarean rates happening in most parts of the world, and the overuse of antibiotics in mothers and newborns, are altering the type of optimal microbiome, with vast consequences in our health. In other words, bacterial gut colonization when we are born is a process that exerts short-, medium- and long-term influence on our health. In 2012, the American Academy of Pediatrics made an important statement that said breastfeeding has been shown to improve infant health outcomes, lowering the risk of respiratory and gastrointestinal tract infections, necrotizing enterocolitis, otitis media, and allergic disease and to prevent later health problems such as inflammatory bowel disease, obesity and type 2 diabetes (AAP 2012).

Towards the third trimester of pregnancy, the microbiome in a mother’s vagina begins to change, with an increasing population of Lactobacillus. As baby passes through the birth canal, the first fluid that the newborn swallows contains mother’s microbes. This Lactobacillus in newborn mouths, as they begin to breastfeed, will help break down lactose, a major source of sugar in milk, to digest it and produce energy.

Several studies have shown that there is a mother-to-baby transfer of different bacteria belonging to the genera lactobacillus, staphylococcus, enterococcus and bifidobacterium through breastfeeding (Murk, Risnes and Bracken 2011). Therefore, we can say that breast milk is the best source of commensal and probiotic bacteria, which need to first colonize newborn guts for optimal health.

What about staphylococci and streptococci? They have not received much attention regarding their role in breast milk and in the early colonization of the baby’s gut, although they could be useful to reduce the acquisition of undesired pathogens, particularly in newborns exposed to hospital environments (Martín et al. 2012; Fernández et al. 2013).

Again, let me mention that the overuse of antibiotics during pregnancy and lactation is a factor that will have an influence on the presence of the much needed lactobacilli and bifidobacteria in the newborn’s gut. Lactobacilli are also less frequently detected in the breast milk of women who have been subjected to cesarean section, probably owing to the antibiotherapy associated to such surgery. It has been long known that antibiotics are responsible for dysbiosis processes in the human microbiota, leading to antibiotic-associated diarrhea and gastroenteritis, urogenital and oral infections (Martín et al. 2007). It is becoming evident that antibiotherapy during pregnancy, intrapartum and lactation alters the maternal microbiota—a fact that may have negative consequences for infant health (Jeurink et al. 2013). Moreover, there have been analyses of the fecal microbiome in babies with colic, revealing that bifidobacteria and lactobacilli were significantly reduced, as compared with control babies.

Preventive medicine starts before pregnancy and continues during life in the womb, in birth, and breastfeeding. Every baby needs their mothers and fathers to be conscious about this information.

Fernando Molina, BS, MD, midwife, prenatal educator, researcher, and Midwifery Today speaker has been traveling a long career as a natural birth advocate in hospitals, birth centers, and at homebirths in Venezuela and the US. Fernando now lives in Eugene, Oregon, and is a father of three children born at home in Venezuela. Follow him on Instagram @magicalbeginningsfm or contact him at fmolina55@gmail.com.

View all posts by Fernando Molina

An Open Letter
Sign up for our other lists.