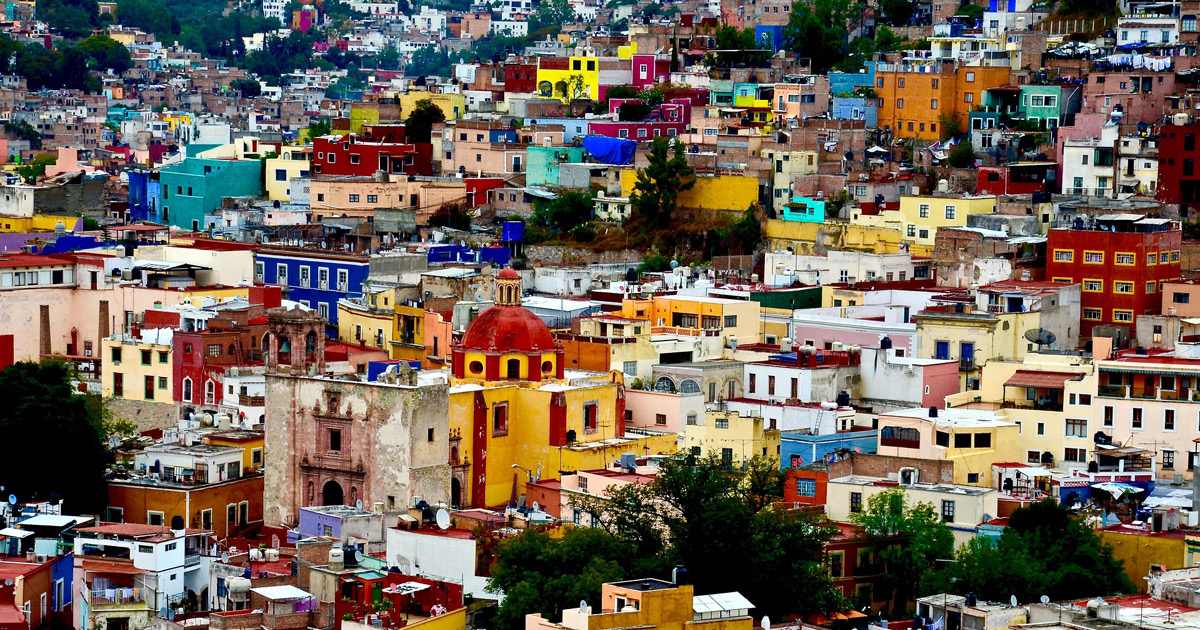 My first trip to Mexico was to plan our long-dreamed-of conference in this enchanting land. The country is engaging because its long and vibrant history shows itself everywhere. More engaging than this even is the beauty and hospitality of the people. I have been blessed to travel to many fascinating places but nowhere have I ever met a people offering more warmth and hospitality than in Mexico. Everywhere Verena Schmid and I went, from Mexico City and Cuernavaca to Tepotzlan, Oaxaca and San Miguel Allende, the midwives were extremely welcoming.

We started our two-week trip with Verena going to a birth the night we arrived. She was able to note the similarities and difference in practices. We really hit the ground running and seemed to pack a lot in a short time. As we networked with midwives around the country we learned some very valuable aspects of midwifery in Mexico. Our first days were taken up with midwifery events. Verena taught an excellent full-day class to midwives from varying backgrounds. She taught physiology and bodywork as well as demonstrating a massage technique that can be used in many situations, from prenatal care through birth and even for people who aren’t pregnant. Verena learned the massage in the United States and said she felt like she was giving it back at the intensive in Eugene, Oregon this summer. A special note on this massage: Verena was able to demonstrate it at a birth the next day. We were invited to a birth where the woman’s contractions became very weak and far apart. Once Verena did the massage, the mom went into strong labor again. This birth was also an opportunity for us to see firsthand the severe medicalization the government classes have imposed upon the traditional midwives, without giving them a deep enough understanding of how to appropriately use interventions.

The next day we met with some traditional midwives. They had just returned from the government classes, wearing the white uniforms they are required to wear. We had an enlightening tricks circle.

We had the opportunity to stay with Doña Irene, who taught last year’s intensive. It seems that many people have help in the kitchen in the morning. The first thing they tend to do is make the day’s tortillas. Yes, the food was wonderful in Mexico.

We also got to stay with Angelina. While we were there, Angelina did a fertility treatment for a young woman who could not get pregnant. She had had a cesarean section followed by an ectopic pregnancy. It seems that the midwives in Mexico are knowledgeable in many areas beside pregnancy and birth. They are quite able to handle many different health issues.

After the fertility treatment, Angelina took us out to play. We went to some fantastic caves and ruins. When Angelina saw a fruit she used in her birthkit growing on some trees, we stopped and threw rocks at the fruit to bring it down. It was too high to reach. I realized then how the midwives use the things that grow in their area. That is the experience I used to plan one of the classes for our conference: Herbs from North, Middle and South of Mexico and their uses. We will have Alison Bastien teach about using herbs from all over for pregnancy and birth.

Next we went to Oaxaca, where we decided to have the conference: “Honoring Traditional Midwifery in the Americas.” Again Verena did a study day, presenting many aspects of physiology. She showed us how the baby works its way through the pelvis in second stage. This really demonstrates the problems that are caused when the mother is put into certain positions. Verena’s gift for teaching has inspired me to have her come to our conference in England next June, where she will teach a one-day intensive about this important information. Then she will be with us for the rest of the event.

We met wonderful people in Oaxaca with a real willingness to help make this conference a reality. We met traditional midwives Mercedes and Antonia. Mercedes has been a midwife for 50 years. She says, “I have helped many generations of children.” For slow labor she said she gives the woman time. “If a day passes I will send for the doctor to check her. I do hot baths, cinnamon tea, hot cloth on the belly and so on.” Mercedes was keenly interested in the details of births. Antonia found the politics frustrating. She said in the 1990s, there were 100 births in her village per year. Now the numbers are way down, “because doctors take the births.” It sounded like the doctors did a lot of propaganda to get women into the hospital. The cesarean section rate reported to us in two different parts of the country is 70 percent.

We also did a little sightseeing. Oaxaca seems to have it all: ruins, rich culture, beautiful surrounding countryside and interesting little towns to visit. When you come to the conference in Mexico you will have many sightseeing opportunities in this wonderful land.

Next we went to San Miguel Allende to visit the CASA School and midwives. Their warm hospitality once again reminded us of how lush this country is—with people, as well as the land. They have so many outreach programs at CASA beside the midwifery school. It is amazing what determination and hard work can achieve. It is a real gift to the community. They have a wonderful little hospital that operates more like a birth center. It even has a waterbirth tub. The school has a dorm for students and plenty of room for classes.

We met Maricruz, the academic director, and Antonia, the clinical director. They are from the first graduating class and add a great continuity to the program.

Antonia took us to communities where the students work with traditional midwives. They each do three three-week rotations. It is interesting that the school is not allowed to have its graduated midwives work at the hospitals in the state. The reason given is that the students work with traditional midwives. Being very much a part of the community, the school does not plan to medicalize.

Antonia took us to see the community midwife. She was at a meeting but we were able to see her garden and where she works. She grows many of the herbs for her practice. She takes care of many of the local communities. Through cornfields, you can see gatherings of homes in the distance. It was a fascinating experience and gave me a feeling of what much of Mexico is like: rural, but organized in small villages with a midwife or two to care for several communities.

Alison Bastien, who often writes for Midwifery Today, teaches at CASA one day a week. She tries to find interesting ways to illustrate her points when she teaches, like bringing a prop to demonstrate the fetal skull. It is a skull used in the Day of the Dead ceremony. She will be one of the teachers at the Mexico conference and I am excited to learn from her.

On this trip I knew I was planning a conference, so all along the way I asked different midwives to speak and help us. Because I was able to see them in action or at study days, I feel I got to know just a little of the vast resource of midwives in Mexico. By the end of the trip, I knew I had an excellent team ready to make this the best conference possible. I hope you will plan to join us. It is a great opportunity to take some Spanish, learn about traditional midwifery, make new friends and do some sightseeing.