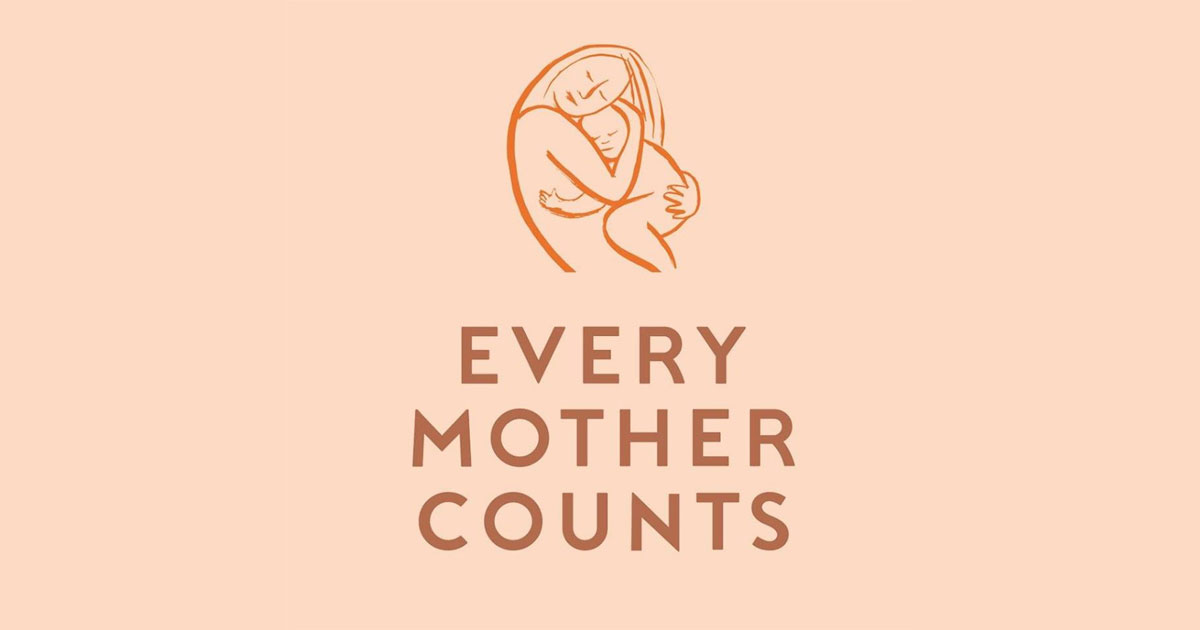 The Giving Birth in America documentaries focus on the maternal mortality crisis in the United States—the only industrialized country whose maternal mortality rate is consistently rising. This series consists of four short videos that seek to illuminate the issues surrounding maternal health in the US. Executive producer Christy Turlington Burns, a former supermodel turned public health activist, experienced a postpartum hemorrhage following the birth of her first child. She later founded Every Mother Counts, a nonprofit organization that provides aid to mothers in the US, Bangladesh, Guatemala, Haiti, India, Tanzania, and Uganda. Working with Every Mother Counts, Turlington Burns collaborated with CNN to produce this documentary series.

In the first film, Giving Birth in America: Florida, viewers are introduced to Jennie Joseph, a licensed and certified professional midwife who helps pregnant women regardless of health insurance. Footage of women receiving care at Joseph’s clinic demonstrates the importance of women’s self-agency in pregnancy and childbirth. The film points out the limited maternity care choices available to 17 million uninsured women in the US.

The second film, Giving Birth in America: Montana, focuses on the issue of access to care during pregnancy, childbirth, and in the postpartum period. Set in rural Montana, the film provides an up-close view of Emerald who, following five vaginal births, undergoes an emergency cesarean of her sixth baby due to a prolapsed cord. Viewers witness the isolation and fear of living where the nearest hospital childbirth services are a two-hour drive away. High rates of cesareans in the US are highlighted as Emerald is faced with refusing the medical recommendation of a repeat cesarean. Viewers are treated to a glimpse of Emerald’s successful vaginal birth after cesarean (VBAC) and her newborn, Shea.

Giving Birth in America: New York demonstrates the important role doulas play in supporting women in pregnancy, childbirth, and postpartum. Ancient Song Doula Services in Brooklyn provides doula services to low-income women of color and trains new doulas. The film examines the work of doulas that leads to decreased rates of labor induction, cesareans, use of pain medication during labor, and postpartum depression. Viewers meet Lissette, who suffered from postpartum depression following her first birth and is now pregnant with her second child. Lissette has a repeat cesarean despite hoping for a vaginal birth. The doulas quickly recognize the risk of recurring postpartum depression and work closely with Lissette.

The final film in the series is Giving Birth in America: Louisiana. This film features the aftermath of the flooding in Baton Rouge in 2016. The film examines the impact of chronic stress, related to racism and social inequities, leading to four times the rate of maternal mortality for women of color. Viewers glimpse the stresses of poverty; lack of access to care; devastation of the storm; and the resulting anxiety, depression, and pregnancy-related complications. The connection between pregnancy outcomes and the overall health of women is emphasized. Social justice issues such as equal pay for women, paid maternity leave, and support for women and families are presented as key to addressing racial disparities in pregnancy outcomes.

Through Giving Birth in America, viewers gain an appreciation of the challenges of pregnancy and childbirth in the US health care system. Suggestions for addressing these challenges are provided, giving hope and making the films inspiring rather than depressing. The series presents a balanced view of maternity care in the country, quietly offering strategies for improvement. It is an important work for health care professionals, policy leaders, social activists, women considering pregnancy, and those interested in reproductive justice and health disparities.

When I had my baby 40 years ago, my water broke in the morning and I was being induced by noon. At the time, I had no idea that there was a choice in the matter or that induction with synthetic oxytocin would be so painful.

Two books by midwives that were published this year clarify that women have a voice in how their labor is dealt with and address what women really need to know before agreeing to induction. In the well-referenced Why Induction Matters, Dr. Reed focuses on the fact that a decision to induce should prioritize women’s needs over the convenience or routines of the medical professional. Using evidence and anecdotes from women’s births, she takes us through decision-making, complications that may make induction necessary, pregnancy variations, spontaneous labor, and various induction methods. The final chapter is on induction as part of a birth plan.

Dr. Wickham’s book is in its second edition, and has been revised as new evidence has come out. Also evidence-based, Inducing Labor was written to help parents, professionals, and others understand the process of induction and make decisions about this medical intervention. She describes various types of inductions, evaluates different studies, and even discusses when a woman should not be induced. For example, women who have had a prior cesarean face increased risk of uterine rupture with an induction. The final chapter of the book offers specific questions for women to ask their doctors.

Both books contain great information to help moms-to-be and their caregivers get informed about induction!

Eileen JB Thrower, CNM, APRN, PhD, FACNM, is assistant professor at Frontier Nursing University where she teaches in the doctor of nursing practice program and the clinical skills for midwifery course. Her doctoral research examined oral histories of nurse-midwives in Georgia and she continues her research of the history of midwifery. During her 25 years of clinical practice, she established two nurse-midwifery practices in West Georgia. She continues clinical practice as a volunteer, providing well woman and gynecologic care to women at a free clinic in West Georgia.

Cheryl K. Smith is managing editor for Midwifery Today. She is a freelance writer and editor and has raised dairy goats in the coast range of Oregon since 1998.

Dubbed the “World’s Pure Food Fair,” this year’s Expo had about 20,000 attendees, not counting the 5000+ children given free admission. Within the first five minutes on the first day of the fair, I met two women at the micro greens booth just inside the entrance. They had driven two-and-a-half hours to get to the Expo because, “There’s nothing like this in the Central Valley.” As we shared stories and munched on micro greens, one woman mentioned that she had 10 children. “The first was born in the hospital. That birth went so well I was able to talk my husband into a homebirth. My husband grilled the midwife for an hour and finally said okay. The next nine were born at home with this awesome midwife. He was hooked after the first homebirth.”

Four Guatemalans wearing traditional clothes lectured about their efforts to “defend the seeds of our ancestors” from companies like Monsanto. They work with widows and youth, creating seed banks for their communities. A Guatemalan friend of mine whose family has been farming for generations said, “These companies are really there to create consumers for their products. We don’t need to be told how to farm. We’ve been doing it for generations. They want us to grow only potatoes, for instance, of a certain size and shape. But we grow a variety of plants. It’s better for the soil and for our families. They want us to use our land for their seeds and fertilizer and make us dependent upon them.”

Sound familiar? We could take a note from the Guatemalans and defend the precious seed of our ancestors. People want to teach us how to give birth but we already know. We’ve been doing it for generations.

Webster says, “Heirlooms are things of special value handed down from one generation to another.” It is no wonder then that Jan Tritten, an avid gardener and the mother of Midwifery Today, is crazy about the National Heirloom Seed Exposition. She tries to go every year. The Expo attracts righteous rebels like Jan; children who never stopped asking why when they became adults; organic, non-GMO, and no-till farmers; and curious kids. It also has mountains of produce, goats, sheep, and more. There are even gardening guerillas like Vanessa Harden, who gave a lecture on “Subversive Gardening in Urban Spaces.”

I had read about an underground group in San Francisco that secretly grafts non fruit-bearing street trees with fruit-bearing branches. I thought Vanessa might tell more about that. Instead she gave a hilarious talk and slide show about beautifying brown spaces in London. She designed chic, James Bond-type gear to aid her endeavors, like a seed-dispensing shoe, a briefcase for a hand auger, jewelry as gardening tools, cameras as precision seed-bombing devices, and seed pills. See subversivegardener.com. In the end, she said that guerrilla gardening has become a tool for her to communicate and to educate.

I did get to chat briefly with Emilee Gettle, co-founder of The Baker Creek Seed Company—the company that started the Expo eight years ago. She and her husband, Jere, are definitely follow-your-heart type folks who not only ask “why?” as adults, but “how?” “How can we bring more incredible edibles to the table?” “How can we share the seeds of our ancestors?” “How can we bring honesty to a broken food system?”

Well, they’re doing it with their catalogues, expos, and example. And, wouldn’t you know, Emilee is studying to be a midwife.

Diana Paul is the mother of three homebirthed children, producer of four films: Birth Day; Miss Margaret; Homebirth; and Five Countries, Six Births, Seven Babies. She lives near San Francisco with her husband of many years and loves all things gardening.