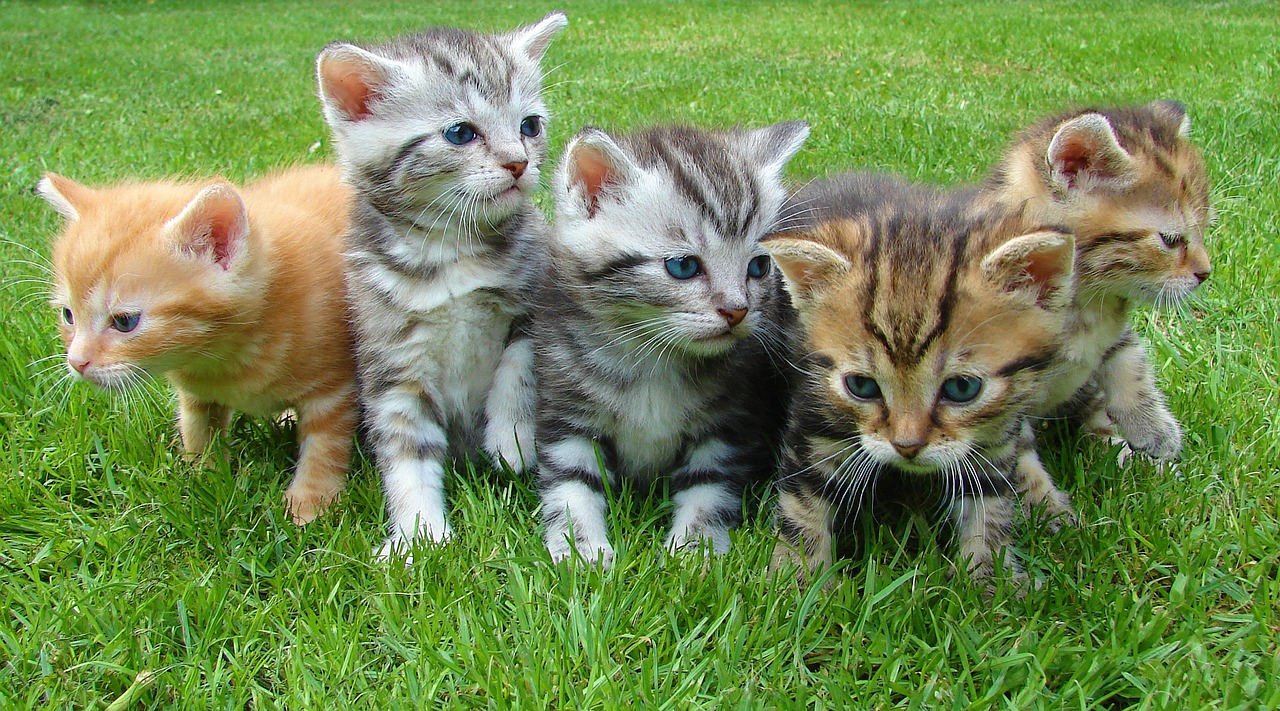 The greatest part of the human breastfeeding problem originates in the birth process. With 1 out of 3 or more babies cut out of moms, mostly for invalid reasons and flimsy excuses, the process of birth, which includes breastfeeding, is disturbed. When a woman is induced, her own natural oxytocin flow is changed and she is not able to breastfeed as easily. She does not have the same amount of mothering hormone which, as Michel Odent says, is the shy hormone and the hormone of love. It seems to me interventions are the biggest barrier to breastfeeding. The second is the human mind, the third is culture, and the fourth is choice. Cats do not have a choice as to whether to bottle- or breastfeed and their minds do not get in the way of the process. They are not embarrassed—they just nurse the babies.

What would happen to cats if their births were as disturbed as human births with a host of interventions? Would they then have breastfeeding problems? Would they begin feeling embarrassed with breastfeeding as some humans feel because of the messages from culture? Would they bend to peer pressure? Would they get as far away from the intended method of baby feeding that we as humans have? When I was in college taking an anthropology course, one of the assigned books was called, Culture against Man. In birth and breastfeeding this is a very true statement. Culture is against [wo]man. Our culture, in the arena of birth and breastfeeding, has gotten so far away from God’s original design, which has resulted in incredible and immeasurable damage to almost every human born today. Cats, on the other hand, do not technically have culture. They also don’t have a deep thinking brain and have not taken their childbearing cycle into a dangerous choice realm where man, having extremely weird ideas and psychology, has come up with the most bizarre ideas regarding birth. Doctors, in their stolen power over birthing women, have come up with strange torture methods in regard to birth. Some of these methods have gone out of favor because real evidence is understood and research has been done to prove the dangers associated with them. For example, enemas, shaving, routine X-rays of pregnant women and the tying down of hands and feet during labor are practices that have been mostly rejected. We are still stuck with lithotomy position, induction, breaking waters, routine ultrasound, and now nearly routine cesareans. It is pure madness and it is “culture against women.”

The battle is in the mind. Eneyda, my friend who was born in Nicaragua, told me that she was raised seeing all the moms around her nursing their babies—all of them. When she had her first baby, there was no question in her mind. The nurse brought her the baby and then left the room. When she came back Eneyda was nursing. The nurse asked, “What are you doing? I have to be with you when you first breastfeed.” This was hospital policy! Eneyda reassured her it was okay. Breastfeeding normalcy was in Eneyda’s mind, and even though she had been separated from her baby, she breastfed easily.

The anthropology courses I took in college influenced me in the area of breastfeeding. When I had my first baby, I had no question that breastfeeding is what mothers did in order for our species to survive. I had seen a couple of moms in our neighborhood breastfeed, and I knew I would breastfeed, too, even though my mother only did for a few weeks. The doctor told her she didn’t have enough milk while he had her supplement with a bottle! I was/am a bit of a rebel and a naturalist, so when I had my first baby in the hospital with a forced saddle block, my mind was so set on breastfeeding that I never questioned it. Even though my baby was taken away from me at birth, I only had to work with her for a few hours to get her going.

Eneyda believes that practitioners need to talk about breastfeeding in the prenatal stage much more than we do. This is needed to counteract the bad seeds planted in the minds of women these days. This is more for hospital births. When I did homebirths, we had an almost 100% breastfeeding success rate. I remember only one case in my practice when breastfeeding wasn’t successful, and that was because the pediatrician discouraged the mother from breastfeeding. Another solution then might be a high homebirth rate. I think maybe a 90% homebirth rate would solve this problem. A midwife for every mother has been our call.

The human brain is a big barrier to breastfeeding. If you don’t know you can have a problem, you probably won’t. How many are that blessed in this world? A hundred years ago, in native cultures as well as in our western culture, there would not have been this problem. Have we changed physiologically? No.

There are also devastating effects of having “choice” about whether or not to breastfeed. Animals do not have a choice of whether they will breastfeed. Again, the human mind gets totally in the way of the God-given way to do birth which includes breastfeeding. It makes no sense and yet we cannot challenge that because choice is worshipped in our culture. What about the baby and his choice? We never asked Momma Cat whether or not she wanted to breastfeed. Weren’t her babies blessed? Since two of them are now part of the Tritten household, I say a resounding, YES! They are so healthy. The world’s babies would be healthy, too, if only they all got to breastfeed for at least a year or three!

The Life of My Body