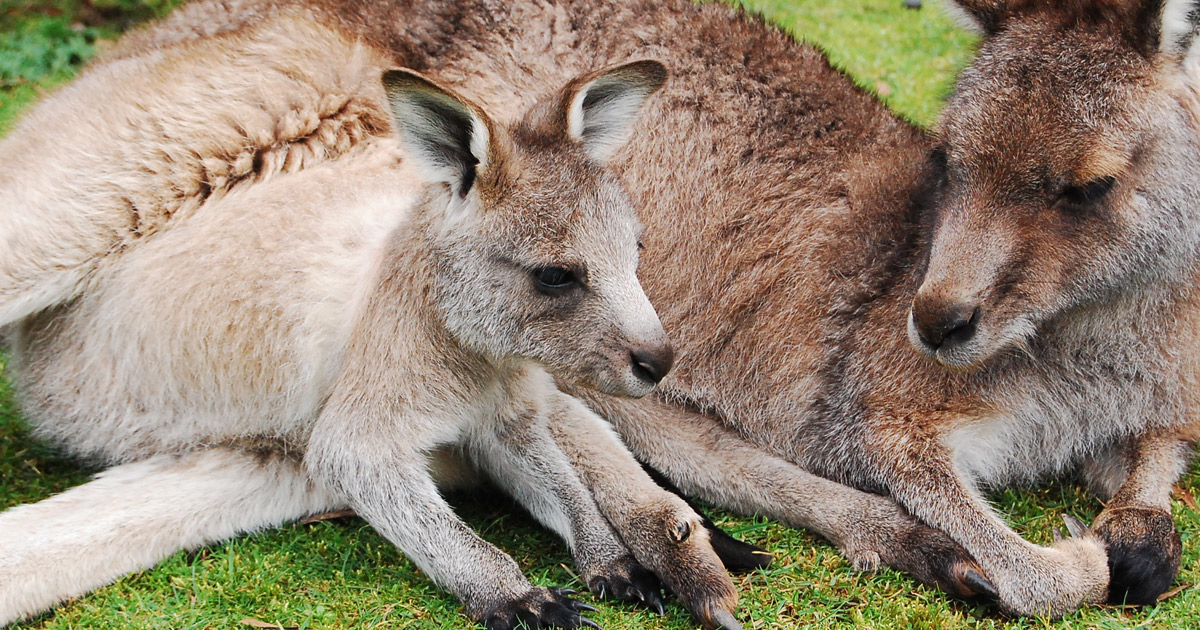 By the early 1980s, the mortality rate for premature infants in Bogota, Colombia was 70 percent. The babies were dying of infections and respiratory problems as well as lack of attention paid to them by a bonded parent. “Kangaroo care” for these infants evolved out of necessity. Mothers of premature infants were given their babies to hold twenty-four hours a day—they slept with them and tucked them under their clothing as if in a kangaroo’s pouch. If a baby needed oxygen, it was administered under an oxygen hood placed on the mother’s chest.

Doctors who conducted a concurrent study of the kangaroo care noticed a precipitous drop in neonatal mortality. Babies were not only surviving, they were thriving. Currently in Bogota, babies who are born as early as 10 weeks before their due date are going home within 24 hours! The criteria for these babies is that they be alive, be able to breathe on their own, are pink and are able to suck. However, their weight is followed closely, and they can be gavage-fed if necessary.

Dr. Susan Ludington is one of the people who have been most instrumental in bringing kangaroo care to the United States. She has been intimately involved in many research projects, and her work is having a powerful, positive impact on premature babies and their families. In the United States, the few hospitals that regularly use kangaroo care protocols have mothers or fathers “wear” their babies for two to three hours per day, skin-to-skin. The baby is naked except for a diaper, and something must cover his or her back—either the parent’s clothing or a receiving blanket folded in fourths. The baby is in a mostly upright position against the parent’s chest.

The benefits of kangaroo care are numerous: The baby has a stable heart rate (no bradycardia), more regular breathing (a 75 percent decrease in apneic episodes), improved oxygen saturation levels, no cold stress, longer periods of sleep, more rapid weight gain, more rapid brain development, reduction of “purposeless” activity, decreased crying, longer periods of alertness, more successful breastfeeding episodes, and earlier hospital discharge. Benefits to the parents include “closure” over having a baby in NICU; feeling close to their babies (earlier bonding); having confidence that they can care for their baby, even better than hospital staff; gaining confidence that their baby is well cared for; and feeling in control—not to mention significantly decreased cost!

Why does kangaroo care work? Why are Dr. Ludington and others seeing such phenomenal results with babies in kangaroo care? What is happening to the baby and the mother during this time?

One of the first things to happen is that maintenance of the baby’s body temperature begins to depend on the mother, requiring the baby to use fewer calories to stay warm. Mothers naturally modulate the warmth of their breasts to keep their infants at the optimal temperature where babies sleep best, have the best oxygen saturation levels, the least caloric expenditure, and so forth. Maternal breast temperature can rise rapidly, then fall off as baby is warmed. As the baby starts to cool, the breasts heat up again—as much as 2º C in two minutes!

Being next to mom also helps the baby regulate his or her respiratory and heart rates. Babies experience significantly less bradycardia and often none at all. The respiratory rate of kangarooed infants becomes more stable. The depth of each breath becomes more even, and apnea decreases four-fold and often disappears altogether. If apneic episodes do occur, the length of each episode decreases. In my own experience with a baby in NICU for bradycardia and apnea, I found that both problems disappeared completely when I was home kangarooing my baby.

During kangaroo care, a premature baby’s overall growth rate increases. This is in part due to the baby’s ability to sleep, thus conserving energy and putting caloric expenditure toward growth. According to Dr. Ludington, during the last six weeks of pregnancy, babies sleep 20–22 hours per day. In a typical NICU, however, they spend less than two hours total in deep, quiet sleep. Most of that comes in 10 or 20 second snatches. With kangaroo care, the infant typically snuggles into the breast and is deeply asleep within just a few minutes. These babies gain weight faster than their non-kangarooed counterparts, and it is interesting to note that they usually do not lose any of their birthweight.

Researchers have gained significant insight into what happens to an infant’s brain during kangaroo care. Any baby’s heart rate and respiratory rates can be plotted as a sort of artistic drawing. Because premature infants lack the ability to coordinate their breathing and heart rates, the rates “plot out” as chaotic. This means with increased demand on the cardiovascular system, as with crying or fussing, the system does not respond with a related increase in cardiac output. In other words, the baby’s respiratory rate may increase while crying, but the heart rate does not. As premies mature, these rates become synchronized, or “coupled,” resulting in an orderly drawing when the rates are plotted together. The drawing no longer looks random.

In infants in kangaroo care, researchers found that coupling takes place after only ten minutes. This hardly seemed possible because it equaled four weeks of brain development in the “normal” premie. As researchers studied brain wave patterns of infants in kangaroo care, they found two significant things. First, there was a doubling of alpha waves—the brain wave pattern associated with contentment and bliss. Second, they found that “delta brushes” were occurring. Delta brushes happen only when new synapses are being formed. So holding the infant skin-to-skin allows his or her brain to continue its work of developing neural synapses.

Imagine the implications if all infants “at risk” were kangarooed. Dr. Ludington sums up kangaroo care very aptly by saying “Separation is not biologically normal.”

Helping our clients understand their options, including risks, benefits and alternatives, is a very important part of being “with woman.” Knowing enough about kangaroo care to help them make informed decisions is another important tool for the caregiver’s birth bag. All infants benefit from skin-to-skin contact, breastfeeding, shared sleep and so forth, but some babies very seriously need kangaroo care. They include premature infants, infants with low muscle tone or disabilities, high-needs infants, those with intrauterine growth retardation or those who have a hard time gaining weight. Midwives would do well to learn the basics of kangaroo care, and where to turn for further information. Adding Dr. Ludington’s book Kangaroo Care to one’s library is a good first step. Being supportive of parents and giving encouragement and positive reinforcement is also very helpful. Remember that in some instances, kangaroo care has meant the difference between life and death.

Holly Richardson is a doula, childbirth educator and student midwife. She is the mother of seven living children and wife to one understanding husband. Her area of special interest is unexpected outcomes.

View all posts by Holly Richardson