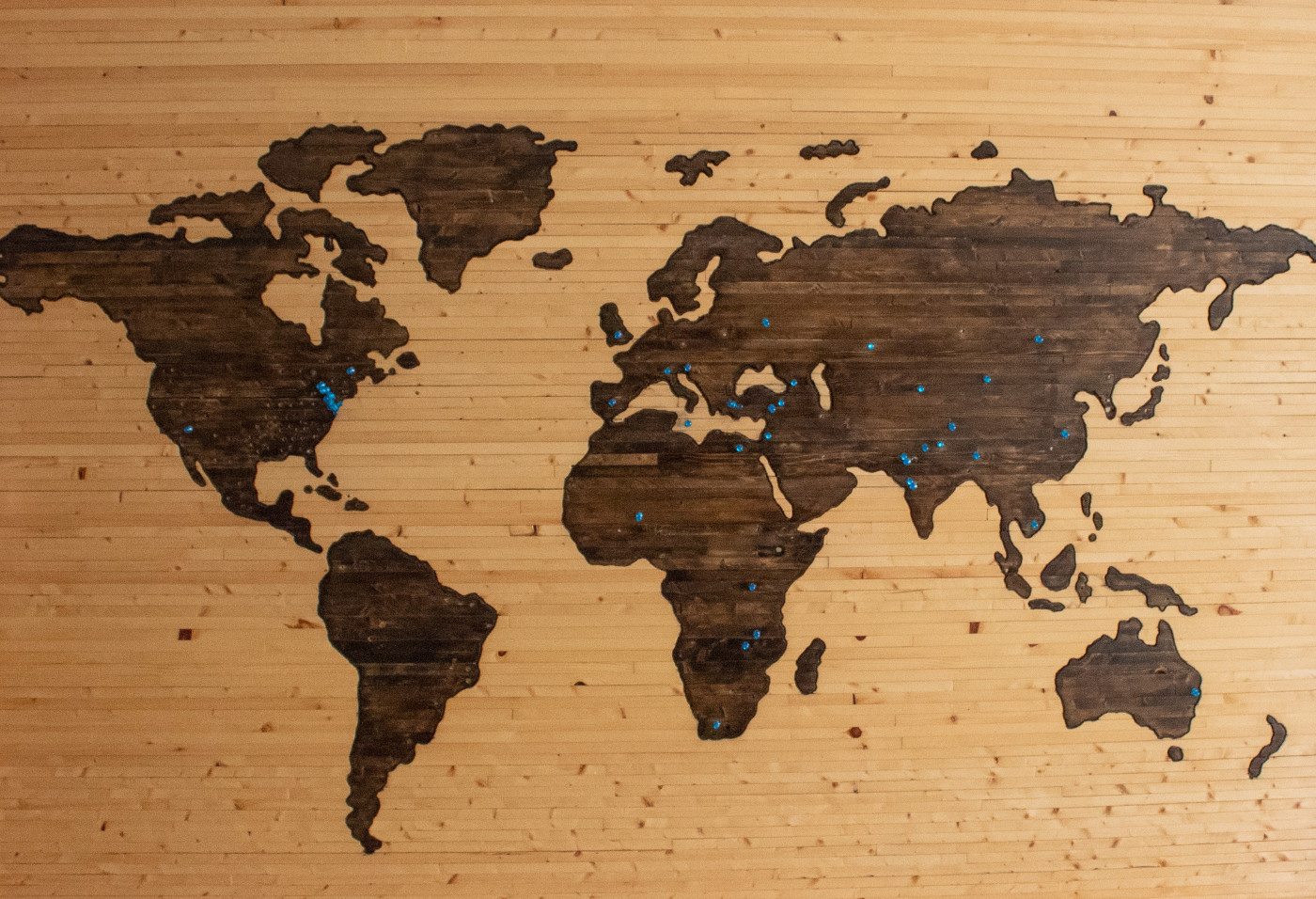 Prior to 200 years ago all birth care around the world was humanized as it was attended by midwives, kept the woman in the center and, in general, respected nature and culture.

After World War II came the technological age. If we can put a man on the moon, surely we can also have perfect birth. So without any scientific data to justify such a move, childbirth was moved to hospitals with doctors and machines and drugs. Midwives were marginalized, with no role for women or family, and birth became medicalized.

Throughout history, women (midwives) have been in communities for other women to turn to for support with women’s concerns—not just reproductive health care, but also issues such as spousal abuse. The word midwife is early English for “with woman.” The French word for midwife, sage femme (wise woman), goes back thousands of years, as do the words in Danish, jordmor (earth mother), and in Icelandic, ljosmodir (mother of light). Hippocrates formalized a midwifery training program in Greece in the fifth century BC. Phaenarete, the mother of Socrates, was a midwife. In the Bible, the Book of Exodus recognized the strength and independence of midwives who defied the Pharaoh’s command that they kill all sons born to Hebrew women. The first law to regulate midwifery in Europe was passed in Germany in 1452 and required a midwife to be in attendance at every birth.

What about the practice of midwifery attracts so much hostility and criticism? Midwives are at the center of the “women’s world.” Throughout history there has always been a women’s world running parallel to the men’s world, existing under the men’s radar. Midwives are strong, independent women in the community, women who are difficult for men to control and whom some men come to fear.

Every attempt at ending the practice of midwifery has failed. It seems that there will always be women who want to be midwives and women who want midwives to attend them when they give birth.

In rural areas of Latin America, traditional midwives have continued to attend births, while in urban areas birth has become medicalized, in some areas such as Brazil to an extreme degree. Recently signs can be seen of the beginning of a humanization of birth in Latin America. In 2000 in Fortaleza, Brazil, an international conference attended by over 2000 people endorsed the humanization of birth. The government in Brazil is now sponsoring free-standing out-of-hospital birth centers and the training of midwives to staff them.

The World Health Organization (WHO), after evaluating maternity care, recommended that:

[i]nformal perinatal care systems (including traditional midwives), where they exist, must coexist with the official birth care system and collaboration between them must be maintained for the benefit of the mother. Such relations, when established in parallel with no concept of superiority of one system over the other, can be highly effective. In industrialized countries some women will always want to use alternative practitioners such as traditional midwives. These alternative providers are important in developing countries.

In regard to recommendations regarding Latin America the WHO states:

In many countries in Latin America some areas are still not served by official health care and there are sizable groups of people who choose to use alternative services, even when the official ones are available. As a result, large numbers of births in Latin America are still attended by traditional midwives. With a few exceptions, they are not recognized as professionals by the government. Their exclusion from the official health system eliminates the possibility for the referral of women with problems, thus reducing the accessibility of official care and the options available to the woman who develops complications of birth. In addition, traditional midwives neither benefit from the knowledge in obstetrics and formal midwifery nor contribute their own knowledge of the local culture of birth and traditional birth practices to other health professionals.

A WHO meeting report stated:

The WHO Report continues:

Midwives (both traditional and formally trained) are primary women’s health care workers. When a problem arises in a woman under their care, midwives can refer the woman to an obstetrician. This is analogous to a family physician referring a patient to a specialist, such as a cardiologist. Obstetricians do not give orders to midwives any more than cardiologists give orders to family physicians. The relationship should be an active collaboration based on mutual respect between health professionals of equal standing.

Midwives and obstetricians operate under two different paradigms. The key elements in the midwifery model of birth (both traditional and official) are normality, facilitation of natural processes with minimal intervention and the empowerment of the birthing woman. Obstetricians, on the other hand, typically try to get the birth under their own control by overriding the natural processes with drugs and medical procedures and giving orders. Thus, for example, midwives consider breech birth a variation of normal, whereas obstetricians consider it an abnormality. Doctors “deliver” babies and believe that having a baby is something that happens to a woman. Midwives assist at birth and believe that giving birth is something that a woman does.

Midwives are safer than doctors for low-risk births. Of course, obstetricians have worked hard to convince the public that they are “safer.” A large study involving four million births looked only at low-risk births attended by midwives or by doctors. In the study, midwives had 33 % fewer newborn infant deaths and 31 % fewer babies born too small.(2)

Another study of over 5000 low-risk planned homebirths attended by midwives found these births to be as safe as doctor-attended low-risk hospital births.(3) For the 80–90% of all women who have normal pregnancies, the safest attendant for her hospital birth or out-of-hospital birth is not a doctor, but a midwife.

Why would someone choose a career as a midwife? Midwives are harassed by doctors and officials. The pay is not good. To choose that life, someone must really want it. It is more than a job; it is a vocation—for some, even a “calling.” Midwives love the one-on-one with women, the hands-on experience of assisting at many (beautiful) births. Midwives are playing a part in the historical struggle for women’s equality.

Midwifery is much less expensive, too, both because midwives’ pay is less and also because fewer obstetric interventions are used. The day that the government and the people slowly but surely begin to realize that the obstetric control and monopoly of birth is wasting enormous amounts of money—the day that truth fully sinks in—will be the day the obstetric monopoly of birth is on its way out.

As midwifery becomes better established, it will become more difficult for the obstetric establishment to perpetuate the myth that midwives are not as safe as doctors. In Western Europe, midwives provide prenatal care and attend the 70–80% of births that are low-risk. Most women there never see a doctor during pregnancy or during a hospital or out-of-hospital birth. This needs to happen in Latin America. Maternity care is not primarily a health issue but a women’s issue. Midwifery plays an important role in strengthening women’s control over their own bodies and reproduction. The struggle will be difficult, but if midwives and women’s groups work together, it can happen.