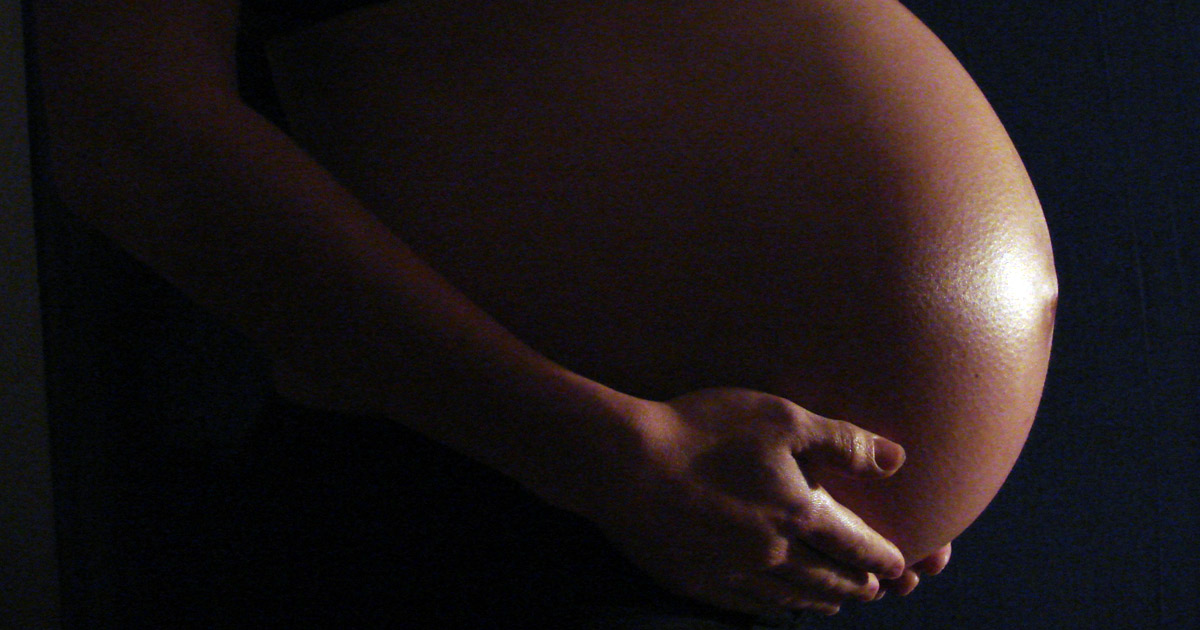 The final question on the final exam for the obstetrics class I teach at our local midwifery school is this: A mother is in labor and has reached full dilation. It seems the contractions have slowed almost to a stop, and the mother appears to be almost resting—what is happening and what should you do? After a full year of classes, a few students still answer, “Dystocia—get her up and moving.” Or, “Apply oxytocics.” Or, “Tell her it’s time to push.” To my relief, the rest will give the correct answer: “Mother is in the interim phase; all is normal, and when she is ready and the baby descends, she will push.”

Midwifery education often trains future midwives to look for and be experts in spotting problems, so they can prevent and treat them over learning to really know and honor what is normal. In the rushed nervousness of the final exam, one may first assume the scenario is a problem—but this is part of my point. We’ve become pushy about when women should push. It’s been ingrained in our training, and in childbirth preparation classes, too.

We tell pregnant women, “… then you’ll reach 10 cm and you’re ready to push.” And push and push and push! We seem to have stopped wondering why we do it like this.

In many hospitals, medical staff still use the Kristeller maneuver to help labor along, having a nurse or doctor press down as hard as they can on the uterine fundus to “bring the baby down.” Midwives and doulas coax in a kind way. We sternly and steadily coach women to push push push! And they will push for hours—frustrated, exhausted, strong.

According to Michel Odent, women have a “fetal ejection reflex” in which the baby and the mom move labor when they are ready. I have found, in over 30 years of assisting childbirth, that sometimes a woman will dilate fully, then have contractions and not experience the “urge to push” for up to a few hours. And when she does, the baby crowns in a matter of just a few contractions, whether or not the mother was “pushing.” What’s happening?

I think that when we agreed upon the stages of labor we forgot a stage or two in between. Stage 2.5, say, which midwife Whapio Diane Bartlett, in her workshops, eloquently identifies as “the quietude”—that phase of inner resting and integration for both mother and baby that happens after fully dilating and before descending. Some mothers and babies require very little time for this, while others—especially larger babies, those in compound or posterior positions and first-time mothers need a little time to prepare for the next moves and find their way.

They are not only integrating the spiritual experience of having just taken a Shamanic journey to “That place from whence we come and all shall return,” and the psychological readiness to release and meet one another, but also the physical change of the uterine contractions “drawing up” the muscle bands to open the cervix, to the knitting together and “bearing down” movements of the uterus itself.

Most midwives have identified this place of change. We look for it, count on it, and even have our own names for it. Sheila Kitzinger, decades ago, identified it as the “rest and be thankful” stage of labor, during which the uterus reforms itself around the now-descended baby, and when contractions may slow down or stop altogether. If this stage is not interfered with, the contractions will pick up when the uterus is newly formed and ready.

I like to imagine this shift in labor as “the still pool.” Labor is like paddling in a one-person kayak; at first, your midwife and family run in the river up to their knees in water with you. Then, you reach a bend where the river narrows; you hear the rapids and a waterfall and you think, “Oooh no, I’m not going there.”

No one can go there with you, but you realize that the waterfall is going to whoosh you over to where your baby is, and as scared as you are, you really want to go. So, you do and it’s confusing and then, then you find yourself in that beautiful still pool at the base of the waterfall. You see your people all around the shores and it’s so lush and otherworldly. When you are ready, you grab your oar and paddle over to receive your baby, whose coming to the surface to meet you.

As a midwife-in-training, nearly 28 years ago, I attended a homebirth with a local doctor. The birth was lovely. The mother moved along quickly and smoothly and, in my perception, was clearly ready to push. Having reached “the still pool,” she mentioned nervously a need to defecate.

I whispered to the doctor, “Aren’t you going to check her? I think she’s ready to push.”

The doctor, a kindly general practitioner said, “No; we’ll know it’s coming down when we see the head.” At the time, this struck me as absurd. Now I admire his wisdom.

Why is the cervix the focal point of the wondrous process of birth? Why are we pushing our hands up into a woman who is moving all her energy down? Why do we behave as if a woman needs our permission to push? We see with our own eyes the flower of her labia blooming open when her baby is coming down.

Once, at a midwifery conference, a doctor from Russia declared flatly, “In my country, women do not push for hours like your women do [in the US]. The average time in second stage is 10–15 minutes.”

We midwives all looked nervously at one another. Was this possible? Did she mean they gave mega-oxytocics? How could this be? How pushy were they? She went on, “We do not ask a woman to push until we see the baby’s head.” Nervous laughter spread through the room—was she kidding? She was not.

A few years ago, my midwifery students were giving presentations on their time in the field, when they go and live with a traditional rural midwife for a few weeks to learn from her.

“This is Doña,” one student shared as we looked at a photo of a beautiful, very tiny old woman on a dirt road, wrinkled and bent like a magical woman from a fairy tale.

“She was great,” the student continued. “And she was so cute! But she didn’t know any of the technical stuff. We were at a birth and I said to her, as the mom seemed like she was starting to push, ‘Aren’t you going to check her?’

“And, so, Doña put the tip of her index finger in the woman’s vagina, just a tiny bit, and said that she’d checked her! That was what she though a dilation check was!” The student chuckled, then continued. “I asked her, how is it you can check dilation of the cervix with just one finger.

“And she said, ‘Why would I want to feel the dilation of the cervix? I’m feeling for the babies head! If your finger goes all the way to here (indicating her second knuckle) then it’s still got a ways to go, and if you can only get it in to here (tapping her first knuckle), then here it comes!’”

Birth is much simpler when we wait and enjoy the “the still pool,” until the fetal ejection reflex kicks in and baby comes out. I’ve seen it many times. Babies of women who are “too tired” or “not in the mood” come sliding out very nicely without any conscious effort on the mother’s part.

Dearest to my heart is my own grandson who, at 9-1/2 lb, in a persistent posterior position most of the pregnancy and during labor, took nearly five hours while his mom was at 10 cm, alternately pacing, breathing and resting, to slowly rotate himself to anterior position, then came barreling out in two contractions.

I think it’s as good a time as any for us to rethink how we define the “stages of labor,” as well as when and how the “time to push” is decided upon, and by whom. Let’s let the babies tell us when it’s time to push!

Alison Bastien, CPM, (previously Alison Parra) was an independent homebirth midwife in Mexico for 12 years. She now teaches classes in midwifery, childbirth education and herbalism, and together with her family runs a natural products dispensary and store. She has lived in Mexico over 30 years, and was one of the founders of the MANA Mexican region.

You can see Alison’s herb work at www.Lavictoriana.com.

View all posts by Alison Bastien