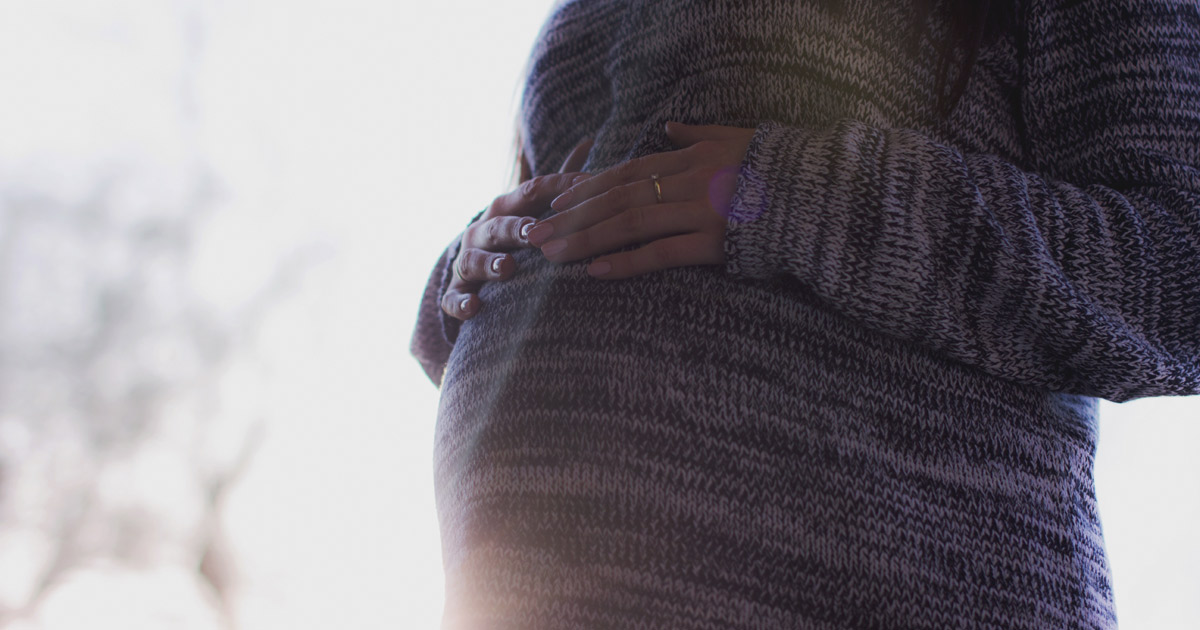 Midwives know that, in the vast majority of cases, labor can be expected to unfold in a normal, somewhat predictable fashion. But when a sudden, unexpected emergency occurs during labor, it is vital to realize that the same human reaction will be set off as in any unexpected emergency—and often the first response of the human brain is to freeze. Our first thought in a shocking life-threatening event is almost always “This can’t be happening” … and that thought, according to crisis experts, can get a person killed.

Vicki teaches a class on expecting the unexpected.
Photos by Ian Penwell.

Therefore, the survival of those in your care (in this case, the motherbaby pair) depends on how fast and effectively you can get unfrozen and respond appropriately.

When someone is in the development stages of a crisis situation that ultimately results in death, there is a period of 5–70 seconds when some action by the victim could avert the actual results. This indicates that we have adequate time to make the right decision and change the outcome when faced with a labor complication.

Since 2015, Mercy In Action has been teaching a seminar called “Expect the Unexpected: Midwives Handling Complications in Out-of-Hospital Settings” (mercyinaction.com/expect-the-unexpected-ceu-seminar). We created this course based on evidence that shows that midwives attending homebirths and birth center births in America are susceptible to the “Three Deadly Delays” when a labor complication happens. We also looked at evidence from disaster management, the military, and law enforcement to see what we could borrow to help us make better choices when an unexpected (and rare) birth emergency occurs. Because, no matter how rare, the day a labor complication happens, our job as midwives is to make sure that mother and baby survive.

Since the 1990s, Mercy In Action has been teaching about the three deadly delays, using the three delays model as proposed by Thaddeus and Maine (1994), but always in the context of our global work. For the first time a few years ago, we heard it mentioned in relation to Midwives Alliance of North America (MANA) statistics and outcomes at homebirths here in the US. The concept of the three deadly delays is very important to understand, in order to avoid harm to the motherbaby in our care at community births (outside the hospital).

The three deadly delays are:

1. The first delay can happen for any number of reasons, but a few examples are: the midwife is not taking vitals often enough to catch a problem early (hypertension, FHT decels, etc., are invisible unless you are checking vital signs); lack of knowledge of complications; lack of respect for early warning signs, or what is often called “wishful thinking”; being blinded by denial of the true situation, because it is not what we want or expected to happen; exhaustion leading to poor judgement—at a certain point after lack of sleep, experts say our reactions become like a person who is legally drunk; personal attachment clouds judgement because we love the woman and want her to have the birth she has dreamed of; and what has been called the creeping rise in “pink flags,” as opposed to one big “red flag.”

2. The second delay can be broken down into two parts, and either can happen for a number of reasons, but a few examples are:

2a. Time to begin treatment: Denial causes stalling (could be midwife’s or parent’s denial); emergency equipment was left in the trunk of your car and not readily available, or at the bottom of your bag where your assistant is digging frantically but can’t find it; oxygen is cold because it was left in the car; Pitocin is not drawn up and ready; drugs rarely used are found to be expired; the midwife did not yet learn the skills needed to begin treatment, e.g., IV or NASG; you don’t have proper size resuscitation mask, because you always have normal-size babies, but the large baby you were expecting turns out to be two 4-lb twins; etc.

2b. Time to get to hospital: Midwife has not yet created a transfer plan; birth is in a remote location; urban birth during rush hour and caught in traffic jam; the car used for transport has mechanical issues or runs out of gas; weather delays transport due to bad roads; EMS was called but does not respond in a timely fashion; EMS wastes time at the home because they don’t understand urgency; EMS refuses to allow midwife to accompany patient—this could be deadly in case of a cord prolapse, for instance, as time goes by while the midwife is trying to educate EMS; etc.

3. The third delay is how long it takes to get treatment in the hospital—so it may be easy for the midwife to blame others—but much of this delay is due to our lack of preparation before the birth emergency occurred. A few examples are: midwife did not call ahead to warn hospital they were coming and tell them the nature of the help needed; hospital staff is hostile to out-of-hospital clients or midwife; hospital is overwhelmed with patients; doctors not on site because nurse answering the phone did not pass on the message that a transfer was coming in; operating room not ready (see above); client has the wrong insurance or no money and is sent to another hospital; race or socioeconomic factors caused discrimination that leads to delays; etc.

This list of reasons for the three deadly delays points to the fact that we are responsible as midwives to always be ready for every contingency. While labor complications are rare among low-risk women, they do happen and should always be anticipated, and a plan should always be in place to mitigate the danger.

Knowing that delays are deadly and that as a midwife you have two lives in your hands (three if it is twins!), how do you get your brain to help instead of hinder you when the unthinkable happens during a labor? First, let’s look at what midwives do control.

There are the conditions you control that affect your probability of helping the mother or baby survive a life-threatening emergency. First, remember that the initial thought is almost always “This can’t be happening.” Frequently people get frozen into inaction because their minds refuse to accept the fact that a rapidly deteriorating situation could result in injury or death. The faster you get out of denial, the better the chance of survival for the motherbaby in your care. So, let’s get ready to do the one thing that will break you out of this freeze: Make a decision! And, what is your birth complication decision based on? Three things:

1. Awareness: This is the state of mind in the presence of death, injury, and disasters that one consciously tells oneself, “This is happening to me.”

Move your body. Stand up and begin to move toward the crisis. Your brain will follow your body, which will have muscle memory if you have practiced emergency skills.

2. Beforehand Knowledge: This is the knowledge you possess that allows you to get out of a situation based on learned skills and awareness of the situation. What is in your brain already about how to deal with this complication? What muscle memory do you possess?

Take time to inventory your set of skills, starting with your midwifery training, and add anything helpful to survival in a crisis.

3. Survival Capability: This is your ability to survive and help others survive any type of disaster encountered using anything on hand. In the case of a labor complication, what is in your birth bag? (The birth bag has just become a survival kit.)

Awareness, survival capability, and beforehand knowledge are what you
control.

If you are going to mitigate a disaster, preparedness is everything. What is already in your brain, and what do you have on hand that you bring with you in your bag?

Making a decision activates the brain and overcomes the initial paralyzing state that leaves many victims (or rescuers) helpless. Thus, deciding on a course of action is often the key to survival. Once the brain is active again, it begins to use its beforehand knowledge and survival capabilities effectively. So, when things are going badly at a birth, remember to: accept the reality of the situation (awareness), assess your beforehand knowledge and survival capabilities, then make a decision and act on it!

To be proficient to handle your next labor complication or emergency, you must practice your skills.

This is the concept that muscle memory is laid down as we practice skills over and over. It can overcome brain freeze in a crisis. This is the idea of “man overboard drills.” No one may have fallen overboard in years, but the day it happens, they won’t drown because the ship’s crew has been practicing and is prepared!

It is important to practice birth complications often and simulate as “real life” as possible. In Mercy In Action’s “Expect the Unexpected: Midwives Handling Complications in Out-Of-Hospital Settings” seminar, we use a tool called Objective Structured Clinical Evaluation (OSCE), which is helpful for learning and remembering a set of steps to take in any given birth complication or emergency. When we have simulated emergencies during this seminar, even experienced midwives sometimes feel frozen at first, unsure what to do. They report that the practice and drills are invaluable to helping them feel confident that they will do the right thing under pressure if and when an actual life-and-death situation occurs.

To be proficient to handle your next labor complication or emergency, you must practice your skills, take refresher courses, and never stop learning new evidence-based best practices for the rare times when something goes wrong at a birth. Expect the unexpected!

Vicki Penwell, CPM, is an international humanitarian aid worker, licensed midwife and midwife educator who has practiced since 1981, first in Alaska and then in Asia since 1990. Vicki and her extended family of four generations live and run a birth center in the Philippines, where they founded a nonprofit charitable organization called Mercy In Action, which trains midwives and establishes birth centers in poor countries. The Mercy In Action birth center in Olongapo, Philippines, is run by national midwives and funded by donations so that every delivery is free of charge to the woman and her family. Outcomes of more than 13,500 births have been excellent, using the International MotherBaby Childbirth Initiative (IMBCI) model of maternity care.

View all posts by Vicki Penwell

Reclaiming the Art of Breastfeeding
Sign up for our other lists.