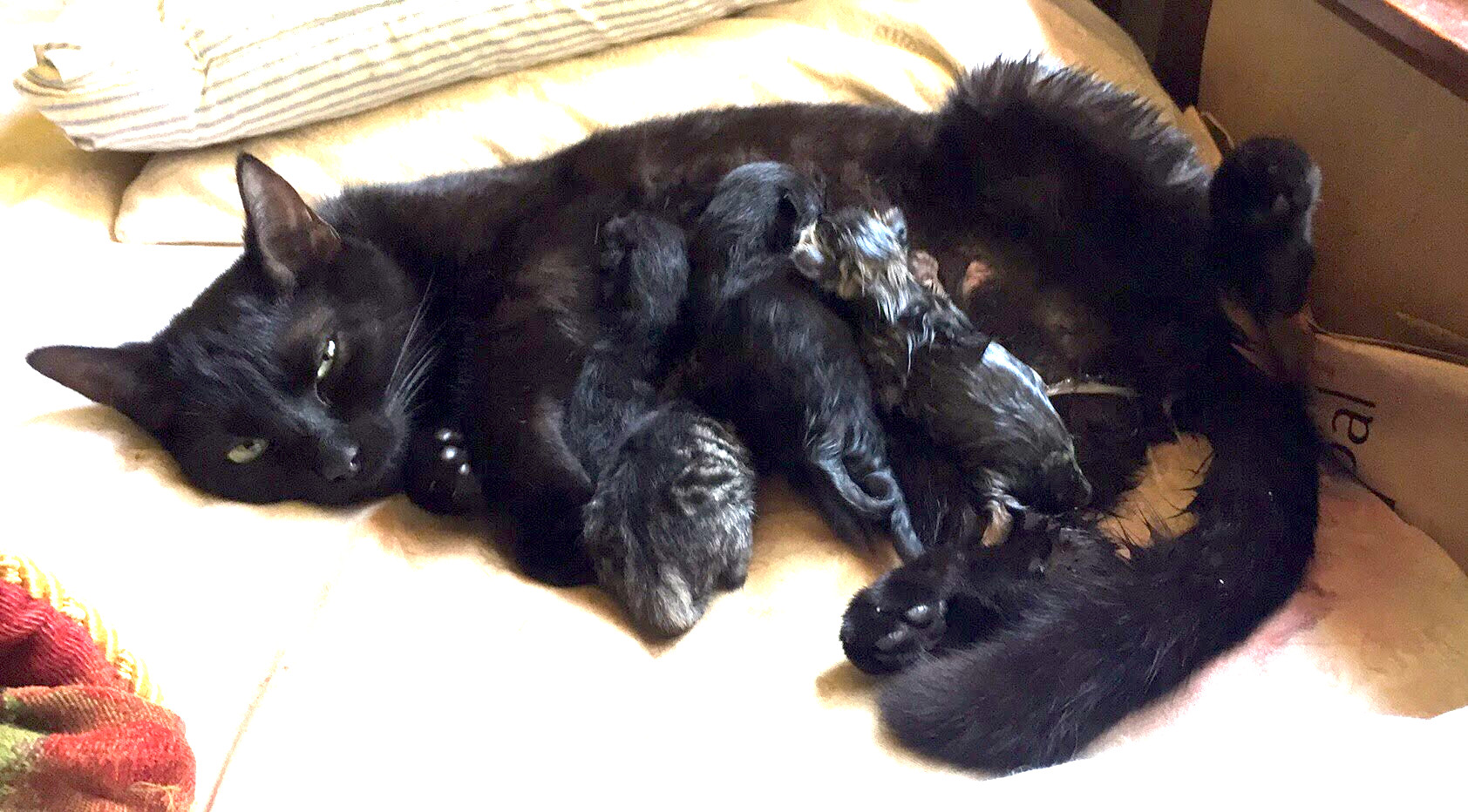 What is it about midwives and doulas that we just love birth, all kinds of birth? When we are around birth we are just over the moon and mostly ready to tell the story of that birth. I wonder if it is something we are born with or get called to. When I discovered midwifery after my first homebirth, I could not get enough of birth stories, and study of normal birth and complications—and I longed to attend my first birth.

My neighbors’ pig was having piglets on my birthday, which became the first birth I experienced after all my studying. What gets into us? Yes, there is joy in birth and, yes, there are stresses and difficulties in birth. But we are willing to bear it all, unless we are burned out.

After 12 years of a sweet homebirth practice in the 70s and 80s (indeed, simpler times) I started Midwifery Today and continued the birth journey in a different way. I still got to attend births in many parts of the world, as we explored places to coordinate conferences. But I also was blessed with attending kitty births.

Just a couple of weeks ago, I was once again was blessed with attending the birth of another set of kitty-children.

Here is Butters with her three kittens born.
If you look carefully you can see the
fourth kittens’s feet coming out.

I had had an appointment to get my Bombay kitty, Momma, spayed on July 9, 2021. She would have been about a year old at that point. But Covid delayed so many tasks. About a month before her appointment, I noticed that her belly growing—really growing. I realized that we would soon be having kittens and hoped for a small number to be born. On July 10, 2021, I was awakened with little meows. Momma had birthed two little black kittens next to my pillow while I slept. A couple of hours went by and she had not severed the cords or eaten the placentas, so I cut them myself and buried the placentas. She was nursing them and cleaning them and seemed to be doing well.

Three-and-a-half hours after those first two births, she popped out another and was cleaning away on it. After she cut the cord and ate the placenta, another little tabby came out—and then there were four. She cleaned that one up and then nursed them all. Very good for a young mother.

A few hours later two of the kittens disappeared. She had moved them under the bed to a spot where they would be safe from our dogs and other cats. I helped her move the next two.

I am having so much fun with the kittens, although I would not have planned it purposely with all the unwanted cats and dogs in the world. But sometimes nature takes its course and in the meantime the mother cat and her human family get hours of entertainment and joy from these creatures.

It is amazing that cats are able to birth so easily. I wonder, as I did when Momma had her kittens, why they can do this so easily when humans with our superior(?) brains cannot. They rarely seem to have problems with either birthing or breastfeeding. They don’t decide not to breastfeed, they just do it! (See my article on Kitty Breastfeeding.) What makes all of this so difficult for humans?

I remember talking with a traditional Mexican midwife and she remembered her grandmother telling her that not that many generations ago women had babies quite easily. I also think of Dr. John Stevenson from Australia, who did several 100 births without transporting. His faith in birth was contagious.

Has the easy access to social media and information of all kinds stopped our ability to do what we were designed to do? That is unlikely, since doctors took that away from women long before social media, as the got rid of the “Midwife Problem” by nearly wiping us out.

Michel Odent tells us that the primal brain is what needs to be engaged for birth. “Do not disturb the mother,” he has always told us. He also warned that if we lose the ability to birth it will be embedded in us to the third generation. How can that be broken? Is it too late?

We midwives live partly on hope and we make every effort to make sure that women retain their ability to birth. It will take all of us working together to make it so. Let’s keep up the good work because we are really, really needed.

And here she is working on eating the placenta and cords of the second set of babies and also looking in cleaning them.

Her leg is shaking often times like women do just after having a baby. And this case four babies.

Apprenticeship: Do You Really Want One?