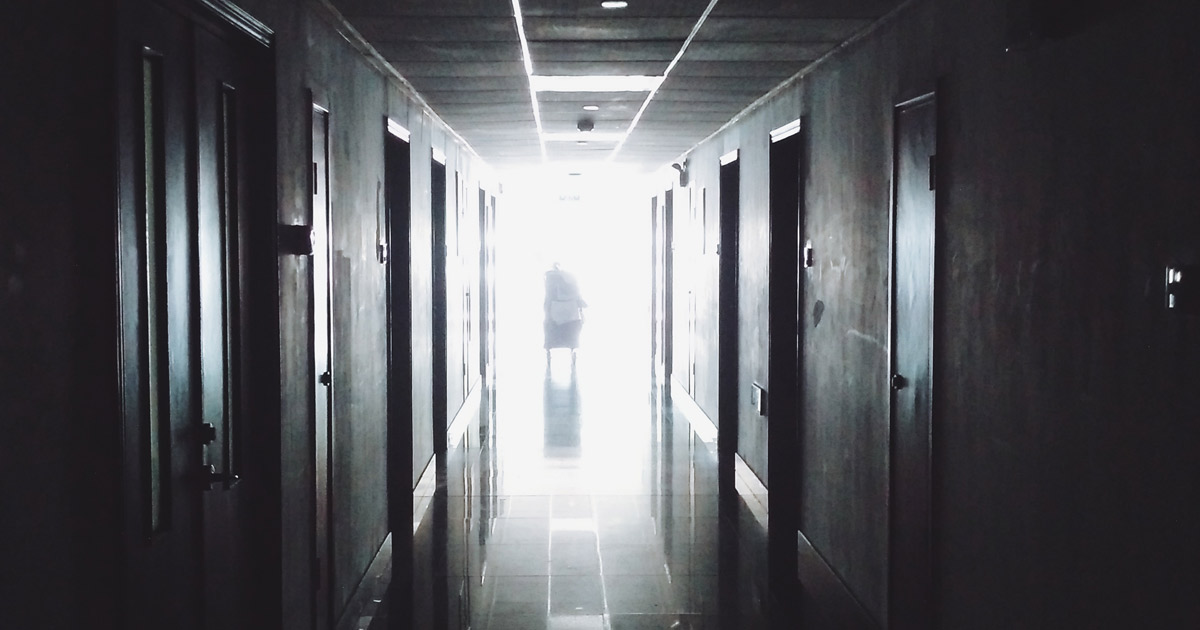 One predominant problem with planned hospital birth stems from the requirement of collusion among hospital workers. Hospitals are living organisms whose drive for self-preservation takes precedence over the goals and needs of the patient. Each individual worker and patient enters with needs and hungers of their own. In order for the hospital to survive, the patient’s needs are sublimated to the needs of the staff and hospital. Ensuring the survival of the hospital takes precedence over the individual needs of a patient. Those in positions of power within hospitals often display intimidating behavior, which is often difficult to challenge, especially for a patient. Authority almost by definition is accompanied by intimidating behavior. The following stories are examples of collusion and negligence within hospitals.

Story #1: A hospital head midwife with 30 years of experience routinely approaches each woman in labor offering in a high-pitched, childish voice what she calls, “happy-durals.”

“Do you want your happy-dural now?” she cheeps.

During my two months working closely with this hospital, I did not hear any other health practitioner, doctor, nurse, or cleaning lady correct this head midwife by telling her that it is misleading to use the term “happy-durals” for epidurals since epidurals can have dangerous side effects, such as slowing down labor, week-long migraines, or permanent paralysis. I heard no other doctor or midwife use this term for epidurals when offering them, so I am assuming that at least some are not in agreement with her use of the word, yet no one stood up to correct her. Hospitals are set up in such a way that midwives must pretend collusion with the other midwives and not with the women in labor.

Birth tends to have better outcomes at planned attended homebirths for many reasons, including the fact that the client’s needs take priority in directing management.

Story #2: A midwife in charge of the previous shift was giving report. She mentioned that her own patient was fully dilated and pushing. She gave report quickly so she could “rush back” to her patient, but I then timed how long she continued to talk before going back to her pushing client. She had a 17-minute chat with another midwife about a pair of shoes she had bought in the mall that week, before she and the midwife assigned to the woman for the next shift went back to the pushing patient. Not a single staff member pointed out to her the danger of leaving alone a woman who was pushing.

Story #3: A woman who had received an epidural had a sudden drop in blood pressure, which often accompanies epidural administration. A nurse had prepared a bag of IV fluids with Pitocin for use after the birth. When her blood pressure dropped, the anesthesiologist connected the bag of fluids with the Pitocin, not noticing the label and thinking it was plain fluid. The high level of Pitocin flowing in quickly caused the patient’s uterus to rupture and the woman ended up with a hysterectomy as a result. The staff colluded to not tell the woman the reason for her hysterectomy. Instead, she was given the impression that the hospital saved her life.

Story #4: A monitor was not showing fetal reactivity and two women got cesareans before it was realized that the monitor was faulty. Since hospitals in Israel do not have fetoscopes and doctors and midwives are not trained to use them, it was impossible to double check the monitor reading until two consecutive fetuses appeared to have identical lack of fetal reactivity. Neither woman was informed by the staff of the true reasons for their cesareans. Both are under the false impression that the hospital saved their child’s life because the fetal heart rate was not reassuring.

The above stories can be referred to as silent collusion (Gould 2010), but there are times when collusion is written policy. Such was the case in the following story.

At 37 years old and at the top of her game as a Hebrew University professor of anthropology, Galit Saada Ophir died of a routine repeat cesarean in December 2008. Although this is the case for 1 in 3000 cesareans, her story made waves because she was a respected professor at Hebrew University. After her surgery, her husband had gone home to be with their other children. Galit complained to the nurse of terrible pain. The nurse called the doctor who then increased the pain medication via telephone instead of coming to see her or ordering an ultrasound to check for internal bleeding. Galit was indeed bleeding from the incision into her abdomen and died 20 hours after the surgery from loss of blood. Written hospital policy, with the agreement of the Ministry of Health, requires that no hospital staff member is responsible for an unnecessary death. To err is considered human, even when it involves maternal death at a hospital birth. When a woman dies from malpractice after birth the protocol is to hold meetings to consider how to improve relevant protocols to prevent future disasters. Survival of the hospital is first and foremost. However, if a woman dies at an attended homebirth, the Ministry of Health policy is to start a case against the guilty party in a disciplinary court.

Another example of written collusion is the willingness of medical journals such as AJOG and The Lancet to use their positions of power to present irrelevant data about unattended homebirths in an attempt to discredit planned homebirth. These journals attempt to ignore scientific evidence showing increasing maternal mortality and severe blood loss at hospital birth and fail to publish work that underlines the fact that planned hospital birth is becoming increasingly dangerous and its outcomes compare unfavorably to attended, planned homebirth.

There is research evidence that outcomes improve with decreasing amounts of collusion among birth practitioners. When maternal birth outcomes of low-risk women in the Netherlands in different-sized midwifery practices were compared (Fontein 2010), it was found that the smallest midwifery practices with either one or two midwives had the most optimal outcomes, least interventionist births, and most positive birth experiences. A woman delivering with her own midwife, familiar to her before birth, has significantly lower rates of referral, interventions, pain relief, and unplanned caesareans.

Bullying sends messages of fear to the brain, which can delay and hamper labor and delivery. Although birth is not the appropriate setting for responding to bullying, not speaking up in the presence of bullying causes a person to give away his/her own personal power, becoming tamed and controlled by another individual. The longer the unacceptable behaviors go unchallenged, the more the unacceptable and dangerous behaviors are accepted as normal and become the norm.

Birth tends to have better outcomes at planned attended homebirths for many reasons including the fact that the client’s needs take priority in directing management. The woman takes and is given more responsibility for her outcome. In addition, the primal brain has its familiar smells communicating safety to the woman and fetus. Privacy (a benefit of homebirth) gives the woman a greater sense of safety, and this feeling of safety is communicated to the baby through neurotransmitters. The result is often a faster, easier birth for the motherbaby dyad.

Birthing with Reverence
Sign up for our other lists.