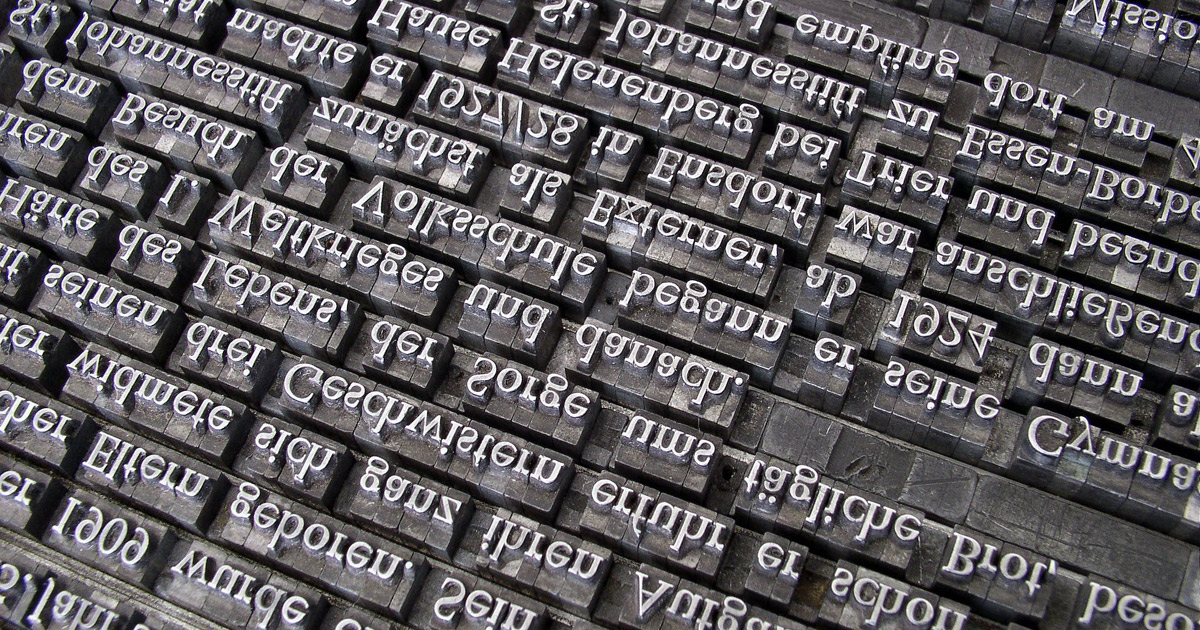 The words we use express our subconscious beliefs. We can perpetuate society’s paradigms by using its language, or we can choose our words to create the change we want to see.

What is important to realize is that the system that dominates our society has co-opted our thinking. When we take our language for granted, our dialogues are full of words and expressions that keep us trapped in the very system we want to change.

T.S. Elliott said, “For last year’s words belong to last year’s language, and next year’s words await another voice.” We must be the voice of next year. Next year is happening now, and another voice is one that empowers women to give birth. This other voice helps us reclaim our innate wisdom to do what Nature designed us to do without having to abdicate our right to choose the option we think best.

What is important to realize is that the system that dominates our society has co-opted our thinking. When we take our language for granted, our dialogues are full of words and expressions that keep us trapped in the very system we want to change. Rayna Rapp, in the foreword to Childbirth and Authoritative Knowledge, emphasizes how medical authority is socially constructed. She eloquently describes how women have lost their authority by having it subverted by the authority of a socially constructed institution. “Authoritative knowledge isn’t produced simply by access to complex technology, or an abstract will to hierarchy. It is a way of organizing power relations in a room that makes them seem literally unthinkable in any other way” (Davis-Floyd and Sargent 1997, vi). Our everyday language perpetuates the diminished power and authority of pregnant women in favor of a system designed to do just that.

We all know that patriarchy has dominated women for eons of time. The answer is not, in my opinion, to replace a patriarchal system with a matriarchal one but to bring into balance the best of what both women and men have to contribute. It still takes an egg and a sperm to create a baby, the union of feminine and masculine. How can we, as women promoting the empowerment of our gender, do so without engaging in a very masculine way of thinking and behaving, waging a gender war in which one side seeks to overpower the other?

We can change the language we use to describe the birthing process. I have been enchanted by the way giving birth is spoken of in Spanish. Dar a luz, “to give to the light.” Isn’t that beautiful? Our babies emerge from the dark of the womb into the light of an unfamiliar world. The very phrase suggests that we are giving something precious to the world. Those of us who speak English have lost the essence of giving birth, but we can find it simply by changing the words we use to describe the magnificent gift of bringing forth life.

Visionary Buckminster Fuller said, “You never change things by fighting the existing reality. To change something, build a new model that makes the existing model obsolete.” To create a new model of childbirth, we must begin at the beginning. We start by examining how we actually think and speak, because the words we use express our thoughts which, in turn, reflect our inherent beliefs.

Most of us know that approximately 99% of the four million births in this country each year take place in hospitals (MacDorman 2014). One-third are surgical deliveries, and most vaginal births are assisted (I use that word advisedly) by drugs and technology (CDC 2015). Women are told that none of these interventions affects their babies. Decades of clinical experience in the offices of psychologists who understand prenatal and perinatal psychology know that the circumstances of our conceptions, gestations and births matter. We are not only imprinted by these early events but spend our lives operating out of beliefs we internalized during them.

How can we change a system that mothers seem content to embrace? Those of us who serve birthing women can make a difference just by changing the words we use.

I have three suggestions: First, stop using the word delivery. We deliver pizza, newspapers, the mail and even speeches. Childbirth is sacred and should be cherished by our words as well as by our tender ministrations. Just a simple shift to giving birth instead of being delivered can be empowering for a pregnant woman to hear. I am reminded of taking a tour of the hospital where my granddaughter would give birth to my first great grandson. The nurse took us to a typical room and pronounced, “This is where the doctor will deliver your baby.” There was not a belief in that nurse’s mind that acknowledged a woman’s ability to give birth, and her words reflected, perpetuated and promulgated her beliefs in the medical model.

Prenatal and perinatal (PPN) psychologists believe that babies are conscious. Babies hear every word spoken to their mothers as well as those words their mothers speak. Research reveals that babies actually begin to hear between 14 and 16 weeks gestational age. After birth, they remember stories read to them and songs sung to them while they were in utero.

F. Rene Van der Carr, creator of Prenatal University, stated in an interview for the DVD Babies Know, “The baby inside the womb is already a thinking person. Now that thought isn’t exactly like yours and mine right now, but it’s nevertheless continuous thoughts, feelings, attitudes, emotions.” (Van der Carr 2010) The unborn baby is listening, indeed, is being affected by mother’s thoughts, feelings, words and behaviors. Giving birth appreciates both mother and baby; mothers acknowledge their innate ability to birth (a verb that connotes her inherent power) a child, and babies get the message that they are precious and welcome.

Second, in hospitals, and even in homes and birthing centers, we label a mother a failure when her contractions have slowed or stopped. Specifically, the term is failure to progress. Laboring moms do not fail. However, a mother’s body will respond to her feelings of fear. We are mammals and the mammalian system is designed to respond to fearful situations by preparing us to fight or flee. Picture a deer ready to give birth to her fawn. If a wolf emerges from the forest to attack her, her labor will stop. She will not give birth and will run to safety. Her body will prevent birth from occurring until the danger has passed. She will run away and find the security of a thicket where she can give birth to her fawn in peace and quiet.

Picture a pregnant woman entering a hospital. In labor and already dilating, labor can be disrupted, especially if she is placed on her back and not allowed to move around. She may be experiencing “white coat syndrome,” a common response to going into a hospital or doctor’s office. She may be feeling afraid. In fear, her body will ensure that baby will not arrive until she feels safe. Her cervix will not dilate if she is fearful. Medical personnel will attempt to get things going with artificial oxytocin, which induces contractions that are hard, fast and so intense that she is in intense pain. Of course, this calls for an epidural. If all these interventions disturb the baby, a cesarean will have to be performed.

Medical personnel are trained to relieve pain and assist the process of childbirth. What most do not understand is that the very procedures they use to help actually cause subsequent problems they then must intervene to fix. Administering drugs to make birth happen opposes a natural process Nature has designed. Let me say that again: Interventions to speed up labor are fighting the body’s natural process of tightening the cervix to prevent birth while mother perceives she is in danger. I suggest we honor the pause that occurs when women need reassurance, rather than administering medication to hasten the process. Slow down and help the mother feel safe and relaxed.

Third, change the time you think it takes to gestate a baby from nine months to 10. The March of Dimes states that 280 days constitutes an ideal pregnancy (March of Dimes 2016). That’s 40 weeks or 10 months—10 lunar months. From the time a girl enters puberty until the time she goes through menopause, she is on lunar time. Her cycles occur every 28 days. A baby can only be conceived during the span of this lunar timetable.

I mentioned that PPN psychologists acknowledge the consciousness of babies in utero. Society’s belief that pregnancies are nine months long is one that most people adhere to, thinking that each month is four weeks long and nine four-week periods or 36 weeks is long enough. Unborn babies could be getting the message that they should arrive after only 36–37 weeks. This is reinforced if the mother is uncomfortable and wants her pregnancy to be over. Here’s the catch: Prematurity is the greatest cause of infant mortality. Babies are premature at 36–37 weeks. A baby’s brain is only about three-fourths the size it will be at 39–40 weeks. The best place for baby is in mother’s womb for the full 40 weeks. But if babies receive the message that they should come early, often they will—even at the risk of their own lives.

So I am encouraging a change in our thinking and in our words. In doing so, nine months becomes 10 months. This honors a woman’s cycle, which has always been in harmony with the moon, and it provides the ideal time for a baby to grow in the best environment possible: the mother’s womb.

Susan Highsmith is an author, educator and counselor. She has a BA in women’s studies, an MA in counseling and guidance and a doctorate in prenatal and perinatal psychology. She seeks to balance psychological theory and practice with holistic and spiritual wisdom.

View all posts by Susan Highsmith

Helping a Mother with Twins: Choose Your Words Wisely
Sign up for our other lists.
Sponsored