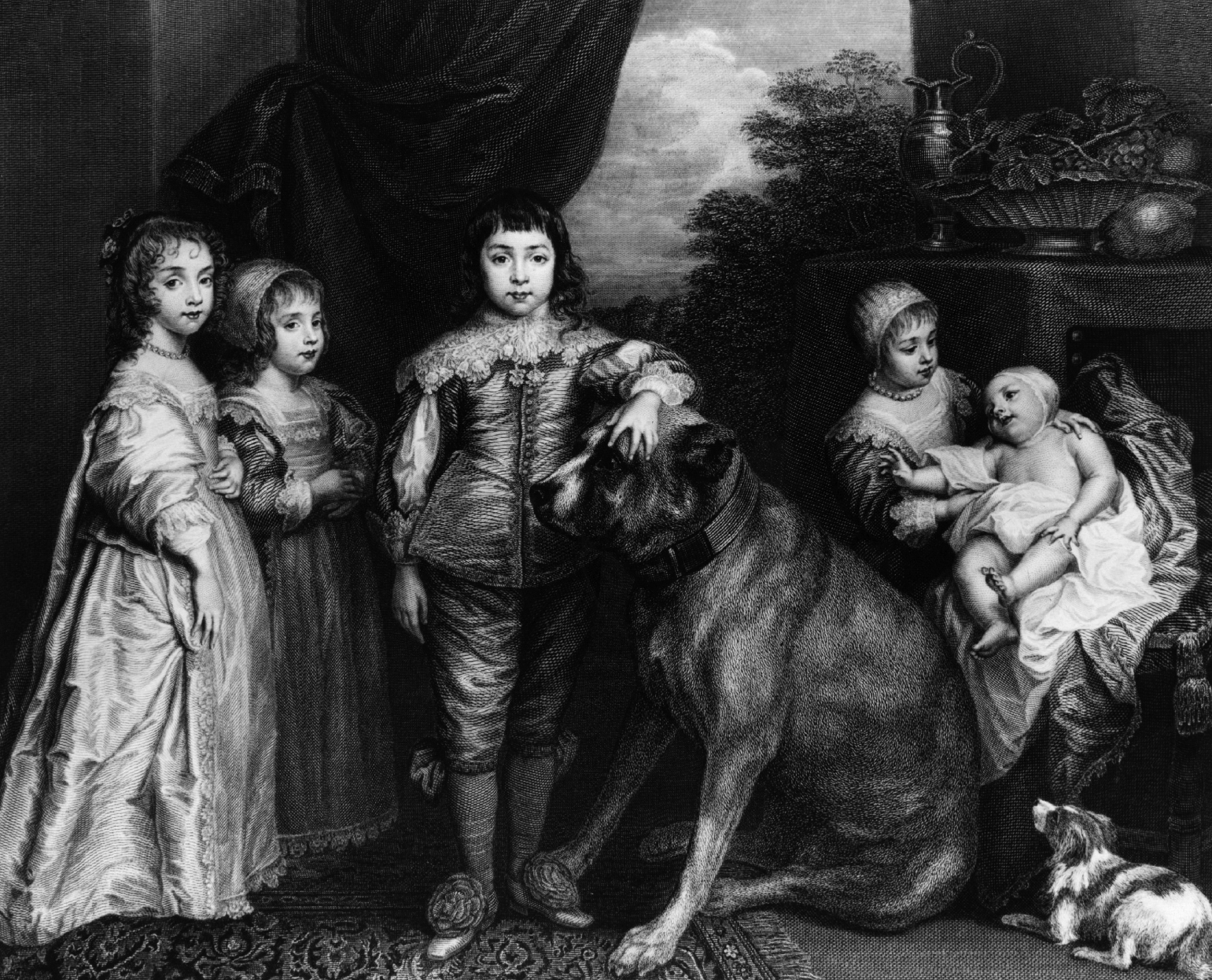 Catharina Schrader, a midwife of Friesland (the northwest region of the Netherlands) practicing in the 1700s, had her doubts about the dignity of her calling. Socially, she was a member of the upper-middle class. She was the daughter of a tailor, yes, but her father served the royal court in Germany. Her first husband was a surgeon and after his death, she remarried and her second husband was not only a gold- and silversmith, but the mayor of their town. Why on earth was she serving as a homebirth midwife, at the beck and call of every nearby laboring mother at all hours of the day and night? She admits, “I thought that it [the work of midwifery] was … below my dignity” (Schrader 1987, 49). Financially, she turned a profit in her business because she worked hard, but her account books show that the list of outstanding debts owed to her was long. If both socially and financially, working as a midwife was a less than ideal profession, why did she do it?

Schrader writes, “It pleased God to choose me for this important work…. This was also the Lord’s wish” (Schrader, 49). Catharina Schrader, as a devout Calvinist Christian, believed that God, in his sovereignty, had chosen her to be a midwife. So a midwife is what she became.

Her path to professional midwifery was not an easy one. When she was 38 years old and the mother of six young children, her first husband died. To support her family, she began to work as a midwife. As she indicates, this was partially because both the doctors and townspeople were urgently pressing her to help them. As the wife of a surgeon, she had apparently assisted at difficult births, and complicated situations did not prevent her from acting quickly in emergencies to save the lives of mother and baby whenever possible. So her help was valuable. Recognizing this, she “won herself over” and committed fully to working as a midwife.

Schrader kept a detailed record of virtually all the births she attended. This notebook she later drew upon to create a memoir. In Dutch, her record is quite long; it has been only partially translated into English by Hilary Marland, a professor of history at the University of Warwick in England, who focused on translating the complicated cases, in which Schrader intervened significantly. The useful but incomplete English version of Schrader’s memoir does therefore give the impression that these difficult births were the focus of Schrader’s midwifery practice, and this has led some to characterize her as a “medwife” and an “interventionist.” But Schrader’s numbers speak for themselves: “Catherina Schrader, a Dutch midwife practicing 300 years ago, left records of some 4000 deliveries, 95% of which were spontaneous without intervention” (Dunn 2004, F560, emphasis added). These births included 64 sets of twins and three sets of triplets (Schrader, 81).

From the records Schrader kept, those interested can see how she grew in her knowledge and experience as a midwife. Prior to professional midwifery work, her education and training had not been with another midwife, but with her husband, a surgeon. Apparently, her knowledge also derived from midwifery and obstetrical textbooks. One book she certainly knew was Hendrik van Deventer’s New Improvements in the Art of Midwifery (1701). Schrader learned the rest from personal experience gained over time.

During the busy years of her practice when she was supporting her family by her own efforts, she attended between 80 and 137 births per year, for an average of 120 per year (or 10 per month). Simon Schama, who devotes a number of pages to Schrader in his book An Embarrassment of Riches: An Interpretation of Dutch Culture in the Golden Age, notes that she earned between 200 and 300 guilders per year, which was more than a schoolmaster, though less than a prosperous shopkeeper (Schama 1988). Meanwhile, her professional status in the community might have been equivalent to that of the guardian of an orphanage or almshouse. She worked diligently as a traveling midwife, serving coastal and island villages near Hallam until 1695 when she moved to Dokkum, a large market town, where she remained for the next 50 years. In Dokkum, her fortunes improved. She attended many more births until she married Thomas Higt, goldsmith and mayor. Upon marrying, she reduced her commitment to midwifery (attending just 56 births in seven years) while she took on the responsibilities of the mayor’s wife—and made suitable marriage matches for her daughters. But when her second husband died after seven years, she returned to midwifery work in her sixties.

Whereas she used to call other doctors and midwives to help her when she worked in the Hallam area, in Dokkum, her colleagues began to call on her for assistance at difficult labors. As one medical historian has remarked, Schrader’s “practice was rooted in common sense, experience, vision and skilled tradesmanship, traits still considered to be essential in modern-day midwifery” (Verburg 2011, 34). But Schrader was often frustrated by what she saw others doing or failing to do; neither her fellow midwives nor the doctors escaped her scorn. All incompetence, especially the kind that put mothers and babies at risk, irritated her.

Schrader did not discriminate against families based on their social class or religious affiliation. She attended women of the nobility, the working class and the poor, and she accepted a sliding scale of payment. A noble family might pay her 66 guilders for attending a birth—a considerable sum. A poor family paid considerably less and might have worked out a trade instead.

She herself lost comparably few mothers or babies in childbirth, but after doing all she could in difficult births, she limited her emotional response to loss and learned from her mistakes. Unlike some of her colleagues, she could recognize when there was hope in a hard case. She once stopped a surgeon from cutting out from the womb a baby he thought was dead, but whom she helped to deliver alive, declaring to the doctor afterward, with no little irony, “Here is your dead child!” (Schrader, 64) But she also knew how to determine when a child had died in utero and knew of ways to help deliver stillborn babies and babies presenting in unusual positions, and she had mastered the technique of podalic version.

Like other midwives of this period in Friesland, Schrader might have helped mothers birthing in a seated or squatting position on the kraamstoel (birthing chair), but she never mentions one; she does, however, refer to birthing beds (Lie­burg 1987). She used tinctures of myrrh and aloe, poultices for torn perineal tissues, saffron and aniseed water as a mild sedative, and warm broths to keep up a laboring mother’s strength. She occasionally used melted butter as a lubricant to help ease the birth of a baby, and she used warmed wine for inflamed organs or to relax a mother during a prolonged labor (Schama 1988). She was appalled, however, by midwives who made mothers drunk, concerned lest the bladder burst during delivery. In her entries, she also makes mention of her use of instruments, including razor, enema syringe, catheter, and obstetrical hooks and bandages (Lieburg 1987). In short, Schrader used the full range of resources available to her to help women in difficult labors and births when she deemed such help was necessary.

Schrader did not discriminate against families based on their social class or religious affiliation. She attended women of the nobility, the working class and the poor, and she accepted a sliding scale of payment. A noble family might pay her 66 guilders for attending a birth—a considerable sum. A poor family paid considerably less and might have worked out a trade instead. She attended both Dutch Reform Christians and Mennonites. She comes through her memoir as a woman of faith, stern in judgment but constant in difficulties. She was known, trusted and relied upon in her community.

For Schrader, midwifery was a calling that was interwoven with her social and spiritual identity. Professionally, even at the age of 85 when she was concluding her record book, she was a midwife trying to educate others, writing an account of the births she had attended to “be used as a guide” or so that someone else might “get use or learning from it to the advantage of my fellow-men” (Schrader, 81). She wanted to refresh her own memory and make her descendants aware of what she had learned so that they, too, might become educated. She signed her book, “Catharina G. Schrader, widow of Mayor Higt.” So socially, she was a widow, but the widow of the mayor, which made her a person of significance. Spiritually, she remained a devout Christian, confessing when reflecting on the recent death of a woman in childbirth, “I have during the time of my sinful life had a heavy time” but also declaring concerning the miracles she had seen in childbirth, “Not mine, O Lord, but all praise should be Yours: laudation, praise, honor and glory till eternity” (Schrader, 80). Schrader delivered her last baby in 1745 when she was 88 years old. She died October 30, 1746, at the age of 90.

Catharina Schrader left a meaningful legacy for midwifery and obstetrics in the Netherlands, where an organization in her name has been established. She has inspired modern American midwives as well. Ina May Gaskin writes of Catharina in Ina May’s Guide to Childbirth, and Schrader’s name appears in blogs written by mothers and aspiring midwives. It seems that through writing her memoir, Catharina Schrader achieved her goal and provided an educational record that could be used as a guide not only for her descendants but for midwives who would learn from her example.

Jane Beal, PhD, is a writer, educator, and midwife. She has served with homebirth practices in the Chicago, Denver, and San Francisco metro areas and in birth centers in the US, Uganda, and the Philippines. She is the author of Epiphany: Birth Poems, Transfiguration: A Midwife’s Birth Poems, and The Lives of Midwives from the Renaissance to the Enlightenment (in progress). She currently serves as the educational director for BirthWorks International and teaches at the University of La Verne in southern California. To learn more, please visit sanctuarypoet.net and christianmidwife.wordpress.com.

View all posts by Jane Beal

First Stage of Labor
Sign up for our other lists.