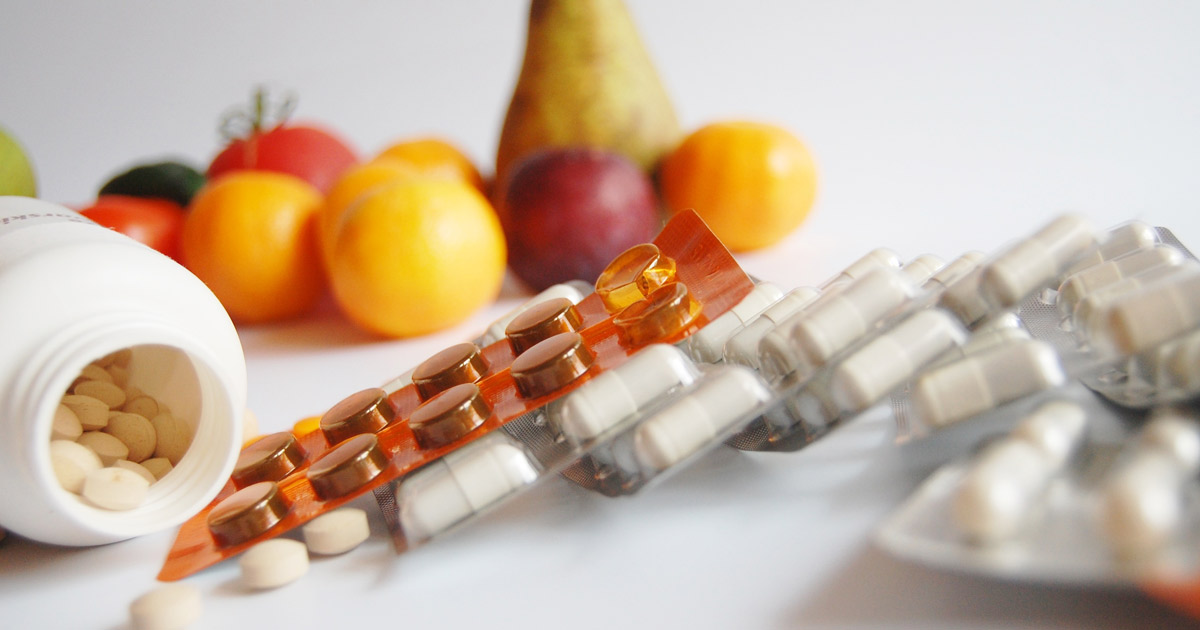 In statistics and epidemiology, relative risk (RR) is the ratio of the probability of an event occurring (for example, developing a disease, being injured) in an exposed group to the probability of the event occurring in a comparison, non-exposed group. Relative risk includes two important features: (i) a comparison of risk between two “exposures” puts risks in context, and (ii) “exposure” is ensured by having proper denominators for each group representing the exposure.

—From Wikipedia, the free encyclopedia

A lot of research has recently been done in the field of dietary supplements. Ordinary prenatal vitamin supplements show little effect in women with moderately good diets, and it’s difficult to tell if they show any effect in women with poor diets. However, some specific supplements show promise to improve outcomes even in developed nations. Since regions of the world experience vitamin/mineral deficits that are specific to that region, these places may benefit from specific supplements. For instance, there may be a widespread need for a supplement of vitamin A or iodine in the Himalayan regions of upland China, but this doesn’t apply to people in the US, and so the effectiveness of supplements vary by region. This article will look specifically at the effectiveness of calcium and vitamin C supplements on preterm birth and preeclampsia.

The Cochrane Review published a calcium update in 2001, and then again in March of 2004 and October 2010. The review stated that women who took a calcium supplement of at least one gram daily had:

Updated research reconfirms calcium is an effective preventive for preeclampsia. The 2010 Cochrane Review shows calcium effectively reduces risk of preterm birth in low-risk women by about a third (RR 0.70), and the rate of maternal death or serious morbidity drops by 20% (RR 0.80). The Cochrane Review concluded, “Calcium supplementation appears to approximately halve the risk of preeclampsia, to reduce the risk of preterm birth and to reduce the rare occurrence of the composite outcome death or serious morbidity.” A 2010 article in The Lancet concurs: “A diet that provides 1000 mg per day calcium, or a dietary supplement of calcium…is a cheap means of reducing the risk of preeclampsia in women at increased risk and in women with low calcium intakes, and has other health benefits while doing no harm” (Astrup 2010, 1986).

The US FDA for calcium in the diet is currently only 1200 mg. About one-third of women in the US do not even reach this minimum number; the optimum dosage isn’t yet known.

An Australian randomized controlled double-blind trial studied primiparas who started taking either a daily supplement of 1800 mg calcium carbonate or a placebo. The tests showed calcium supplements reduced the risk of preeclampsia and the risk of preterm birth. The researchers concluded that the available evidence for systematic review of all randomized trials of calcium supplementation showed a reduction in the risk of hypertension and preeclampsia (Crowther et al. 1999).

Calcium supplements may even benefit future generations. Meta-analysis shows a reduction in childhood hypertension (defined as blood pressure above 95th percentile) in the children of women who took at least 1 g of calcium daily during pregnancy (Hofmeyr et al. 2010).

Calcium supplementation may have a stronger effect in developing nations where deficiencies may be more common and more severe. A 2011 review limited to studies from developing nations showed a 45% drop in risk of gestational hypertension (RR 0.55) and a 59% drop in the risk of preeclampsia (RR 0.41). There was a significant reduction in neonatal mortality (RR 0.70) and about a 10% drop in risk of preterm birth (RR 0.88). Researchers concluded that supplementation during pregnancy is associated with a reduction in risk of gestational hypertension, preeclampsia, neonatal mortality and preterm birth in developing countries (Imdad, Jabeen and Bhutta 2011).

Theories abound as to why calcium seems to prevent preeclampsia and hypertension in general. Preeclampsia is associated somehow with abnormal calcium metabolism and placental dysfunction, and supplemental calcium does seem to help reduce the incidence and the severity. There are interesting confirmations from the research labs. The babies born to women with preeclampsia have lower levels of calcium in their cord blood compared to women without preeclampsia (Yusuf, et al. 2012).

Note: This research is based on adding supplements over and above the dietary intake—the strongest effects seen in women with low dietary calcium intake. All the researchers used calcium carbonate, which is widely available and inexpensive. This form is effective and well tolerated with a side benefit of reducing heartburn symptoms; other forms are not researched. Although unproved, it is reasonable to assume that dietary calcium has similar benefits. If a woman can tolerate dairy products, she can reach 1200 mg of calcium by drinking four glasses of milk (or yogurt), which will also give her 32 g of protein.

The current RDA of vitamin C for pregnant women is 70 mg. The optimum amount in pregnancy is unknown, but is certainly higher than the RDA. Supplementation, or a substantial increase in vitamin C-rich foods, may help prevent many pregnancy complications. Vitamin C is involved in collagen synthesis (tissue strength), which has an effect on amniotic membranes. Vitamin C is also an antioxidant and plays a role as a scavenger of free radicals. Research shows that antioxidants are important in pregnancy. “In women who develop preeclampsia, antioxidant activity is decreased, and this results in endothelial cell damage, which may trigger vasoconstriction” (Symonds and Symonds 2004, 103). Vasoconstriction is part of the disease process in preeclampsia. For further evidence, nitric oxide, or endothelium-derived relaxing factor (EDRF), is a vasodilator. Nitric oxide synthesis is reduced in women with preeclampsia, resulting in vasoconstriction and higher blood pressure. Vitamin C increases nitric oxide production (Visioli et al. 2002) so it is reasonable to theorize that it may prevent preeclampsia by interrupting the vasoconstrictive process.

Low vitamin C levels may be seen as a marker for those at risk for pregnancy-induced hypertension (PIH). Women who develop preeclampsia or small-for gestational age (SGA) babies have lower levels of ascorbic acid in early pregnancy. In a study that assessed blood levels of ascorbic acid, women who consumed less than 85 mg of vitamin C doubled the risk of preeclampsia, and those who had less than half the RDA had a fourfold risk.

Vitamin C may be one of the missing puzzle pieces in our understanding of preeclampsia. Many studies show reduced levels of dietary intake and reduced blood levels of vitamin C in preeclamptic women. In women with severe preeclampsia and HELLP syndrome, the level was low enough to be suspected as a contributor to platelet fragility. There is a higher rate of PIH in malnourished women, smokers and among low-income women. All of these groups show a diet that is either lower in vitamin C consumption or one that requires a higher consumption of vitamin C. This might also explain why preeclampsia seems to be more common in the winter months in colder climates—the time of year when fruit availability decreases, prices rise and low-income women have a harder time affording fresh fruits and vegetables. But cause and effect is hard to assess, and it is even harder to assess the difference between dietary sources of vitamins compared to intake of supplements. Vitamin C supplements/pills may not have the same effect as dietary intake.

More recent and larger studies using 1000 mg of vitamin C and 400 IU of vitamin E showed little effect on reducing risk of preeclampsia as did a study conducted by the World Health Organization (WHO 2009) on women in developing nations. The results of these studies are unclear, inconsistent and disappointing. This meta-analysis of women at high risk (seven studies; 2900 with supplement, 2900 with placebo) showed a reduction in preeclampsia (RR of 0.7), but an increase in hypertension (RR 1.3). The WHO study showed no decrease in preeclampsia, but no increase in hypertension or any other factors.

The studies above didn’t address the question of whether the supplement would be beneficial to low-risk women, because the antioxidant studies were limited to women deemed to be at high risk of preeclampsia. In 2010, a study was published on almost 10,000 low-risk primiparous women, randomized to two groups of either antioxidant (1 g of vitamin C and 400 IU of vitamin E) or placebo in early pregnancy (9 to 14 weeks). Dis-appointingly, there was no difference seen in rates of preeclampsia or hypertension.

The discrepancy raises questions about the quality of supplement used in the various studies, whether vitamin E should have been included, whether the dosage is too high or whether supplementation was started too late in pregnancy. It’s clear the antioxidant link with preeclampsia requires further study and that the answer to reducing preeclampsia is not likely to be as simple as just giving women a vitamin pill. Until we have more information, women who take supplements should take only moderate amounts of vitamin C. After all, 1000 mg of vitamin C is a large dose—an amount that would be difficult to consume from food sources. Perhaps it is simply too much?

Gail Hart graduated from a midwifery training program as a Certified Practical Midwife in 1977. She has held a variety of certifications over the years; she was a Certified Midwife through the Oregon Midwifery Council, and an LDEM in the state of Oregon. She is now semi-retired and no longer maintains her license, but keeps active with a small community practice. Gail is strongly interested in ways to holistically incorporate evidence-based medical knowledge with traditional midwifery understanding.

View all posts by Gail Hart

“Let’s Fika First!” A Look at Swedish Midwifery from a Cultural Perspective