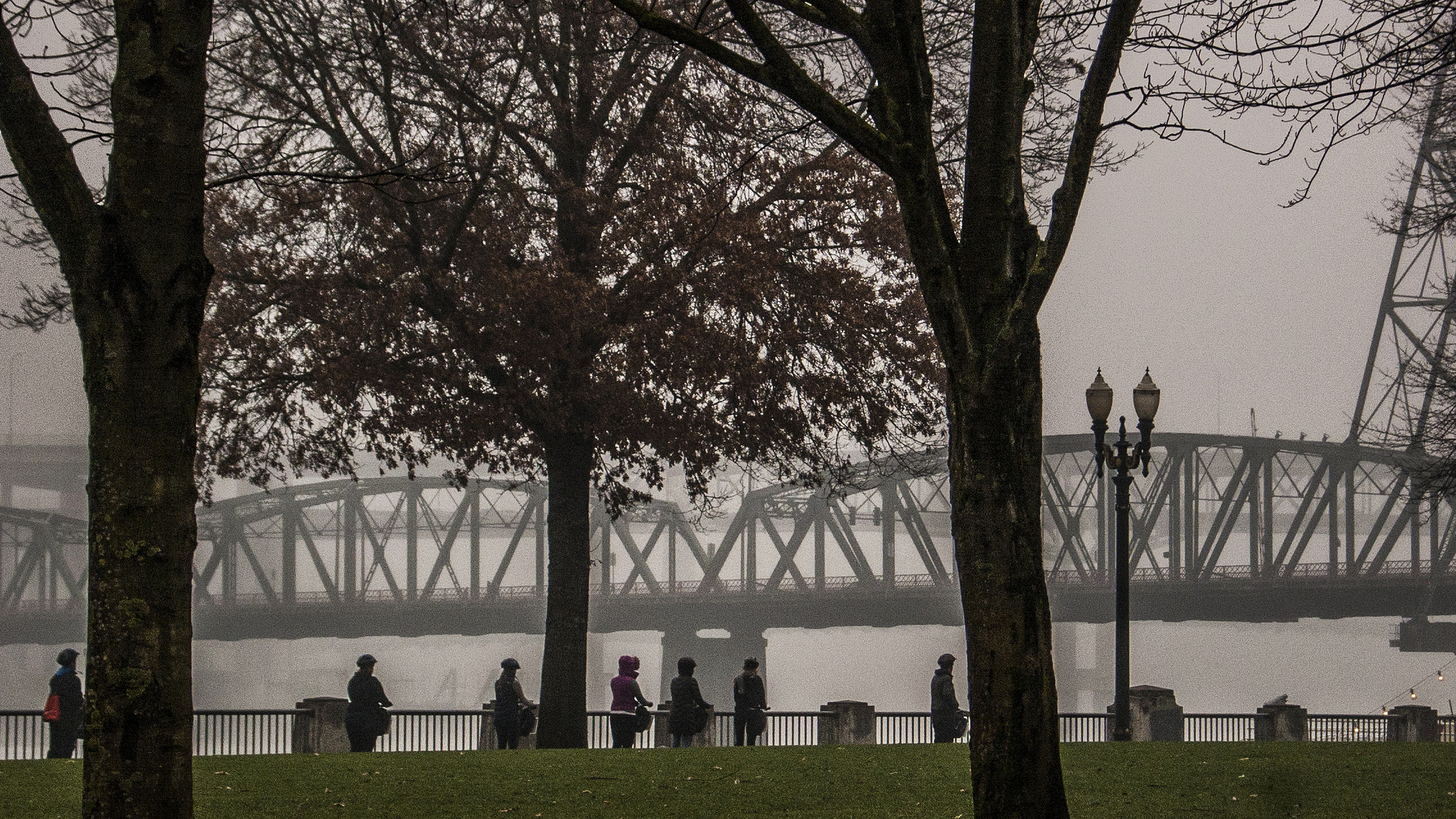 I elected to spend some of my 1998 conference budget to attend the American College of Nurse Midwives’ (ACNM) annual meeting in San Francisco. One of the reasons I chose this particular conference is that I have become increasingly concerned about the divisions emerging among midwives in the United States. The ACNM conducts politically important business at its annual meetings, and as a paying member I wanted to be sure that my points of view were being expressed.

Midwifery is currently a threatened profession, and midwives an oppressed people. Unfortunately, we seem to expend precious energy fighting among ourselves rather than working together toward a common goal. The enemies of midwifery have been very successful using the “divide and conquer” tactic—from the grassroots level where midwives sometimes conduct campaigns of innuendo against each other, playing superiority games (my credential is better than yours, you aren’t truly a midwife you’re a medwife, and other hurtful statements)—to the uppermost levels where at least one U.S. leader of midwifery states there are “irreconcilable differences” over qualifications for entry level practice (using the emotionally loaded language of the divorce courts).

Over the months leading up to this conference, I had been corresponding online with several other midwives who are equally concerned that midwifery learn to treasure its diversity while presenting unity on those issues where we do agree—safe motherhood, empowerment through birth, and so on. I had heard rumors that there was a grassroots movement to restore some of the camaraderie from the early days of Midwives Alliance of North America (MANA), to reconnect midwives of all persuasions and to take some unified action. Some of the earlier practice boundaries have been dissolving—we have a few CPMs in hospital practice, we have many CNMs with homebirth practices, and many DEMs, CPMs and CNMs run birth centers. Within ACNM there is a large minority of CNMs who at one point were apprentice-trained midwives, and who value the wisdom gained through this way of learning. Midwifery Today (Issue 45, Spring 1998) devoted an entire issue to the politics of birth and midwifery, and I refer you to that for more background. ACNM offered a half day pre-conference workshop on unity in midwifery followed by a meeting of what has come to be called the “Bridge Club,” open to those midwives who desire to build a bridge between CNMs and DEMs from either side of the bridge.

The meeting was held in a room that turned out to be far too small for the number of participants. We convened by joining hands and singing “Sisters on a Journey.” Mary Kroeger talked about the history of the Bridge Club, which started with an informal get-together at the fifteenth MANA convention. Participants then shared concerns about the future of midwifery, the need to survive both as individuals and as a profession, and the increasing emphasis on academic credentials, with the exclusivity of attitude seen in some who truly believe that increasing the requirement for formal education will improve the public standing of midwifery. We explored how the ACNM’s venture into direct entry (non-nurse) midwifery will or won’t work to meet the goal of a midwife for every mother. We asked, what about third party payers—with the present healthcare chaos in the United States, with midwives being fired on a daily basis from established practices?

We took up a collection to pay for postage and copying expenses for communications, established an e-mail and mailing list and set up groups to pursue four goals.

The legislative group is focused toward getting ACNM and MANA to work on joint legislative efforts such as a “Uniform Practice Act,” which would recognize the competence and scope of practice of midwives prepared by a variety of educational paths and would be competency based. We talked about creating a “Speaker’s Bureau” of CNMs, CPMs, and licensed midwives to appear before state legislative committees considering licensure issues. The legislative group also suggested writing an issues brief and forming an ad hoc committee to discuss joint matters of practice.

The organizational group is focused on how to structure the Bridge Club to be effective without being unduly restrictive. It works to keep communications open, producing printed material to be inserted into the newsletters of both MANA and ACNM. The group also sends out a newsletter via postal service mail and regular updates via e-mail. We hope that the Bridge Club will be an ad hoc group within both MANA and ACNM, and we plan to convene at the annual meetings of both groups. Informal get-togethers of Bridge Club members will likely occur at other midwifery gatherings. The challenge is to provide structure without strangling initiative and creativity.

The PR group is focused on ways to educate and inform the public of the value of midwifery for all women in all settings as well as ways to influence legislators and to keep midwives in practice from elevating themselves at the expense of other midwives.

The educational committee is focused on how to foster cooperation rather than competition among the various midwifery educational programs.

As the meeting broke up, the mood in the room had changed noticeably from one of fear and anxiety to one of cautious optimism. Since then, the first Bridge Club newsletter has been published and actions taken at ACNM business meetings have demonstrated support for fostering unity in midwifery in an inclusive rather than exclusive way. Still, a lot of hard work remains to be done, and most of us are very busy with our practices, our students/apprentices, our families and our lives.

I was fortunate enough to be able to attend another Bridge Club gathering at the MANA conference in Traverse City, Michigan in November 1998. Fifty persons participated, including a few who had been at the ACNM meeting and/or the 1997 MANA conference. This meeting had a somewhat different focus. We shared our visions for what the Bridge Club could be, with a common vision being the need to keep lines of communication open among all midwives. There was a deeply felt need to develop common language and unity without losing the diversity that is our great wealth.

There was general dissatisfaction with the lack of recognition between MANA and ACNM. Some present also shared a sense of frustration at not belonging anyplace, being not well accepted in ACNM because they do homebirths or don’t have a master’s degree, and not being accepted in MANA (especially at regional conferences) because they are assumed to practice from a medical model. It was generally agreed that midwives need to work together for the common good, although a comment that generated a lot of laughs was, “Organizing midwives is like herding cats!”

I envision us moving forward in unity, regarding each other as colleagues, not enemies. An attitude of superiority will not get any of us very far, yet there was a great deal of concern that both ACNM and MANA are promoting such an attitude. We reminded each other that these institutions are us, and that we need to participate in local, regional and national political processes within these organizations. We need to avoid being both arrogant with each other and taking on the attributes of the groups that oppress us. We really don’t need to waste our energy fighting with each other.

Even if you don’t have much time or energy to spare, please keep the Bridge Club in your thoughts and prayers. Reach out to other midwives in a positive way. Write your legislative representatives regularly, even if only to send them birth announcements (as in “today a new citizen was born into the hands of a midwife and the circle of a loving family”). Even if you can’t teach or apprentice a new midwife on a long-term basis, reach out on the short term. Can she (he?) sit in on a childbirth class you teach? Help with diet review? Go with you on a home visit? If you are a CNM, try to establish relationships with the DEMs in your community. If you are a DEM, can you find a local CNM who is willing to take some of your hospital transports? Organize a midwife day at the park for moms, babies and midwives. If a local HMO fires their CNMs, write letters to the editor. If a local DEM is taken to court, show up in support. Love each other. Love yourselves.

Alicia Huntley, CNM, has roots that include practicing as a homebirth and birth-center midwife prior to earning her CNM and MSN degrees. She currently works out of a small community-based hospital as a midwife in practice in Florence, Oregon, and teaches in a MEAC-accredited program for DEMs. She has a background in high-risk obstetrics, childbirth education, library science, and health insurance claims. View all posts by Alicia Huntley