Midwifery Today > Issue 49, midwife > Some Thoughts on Bridging the Gap Between Nurse- and Direct Entry Midwives 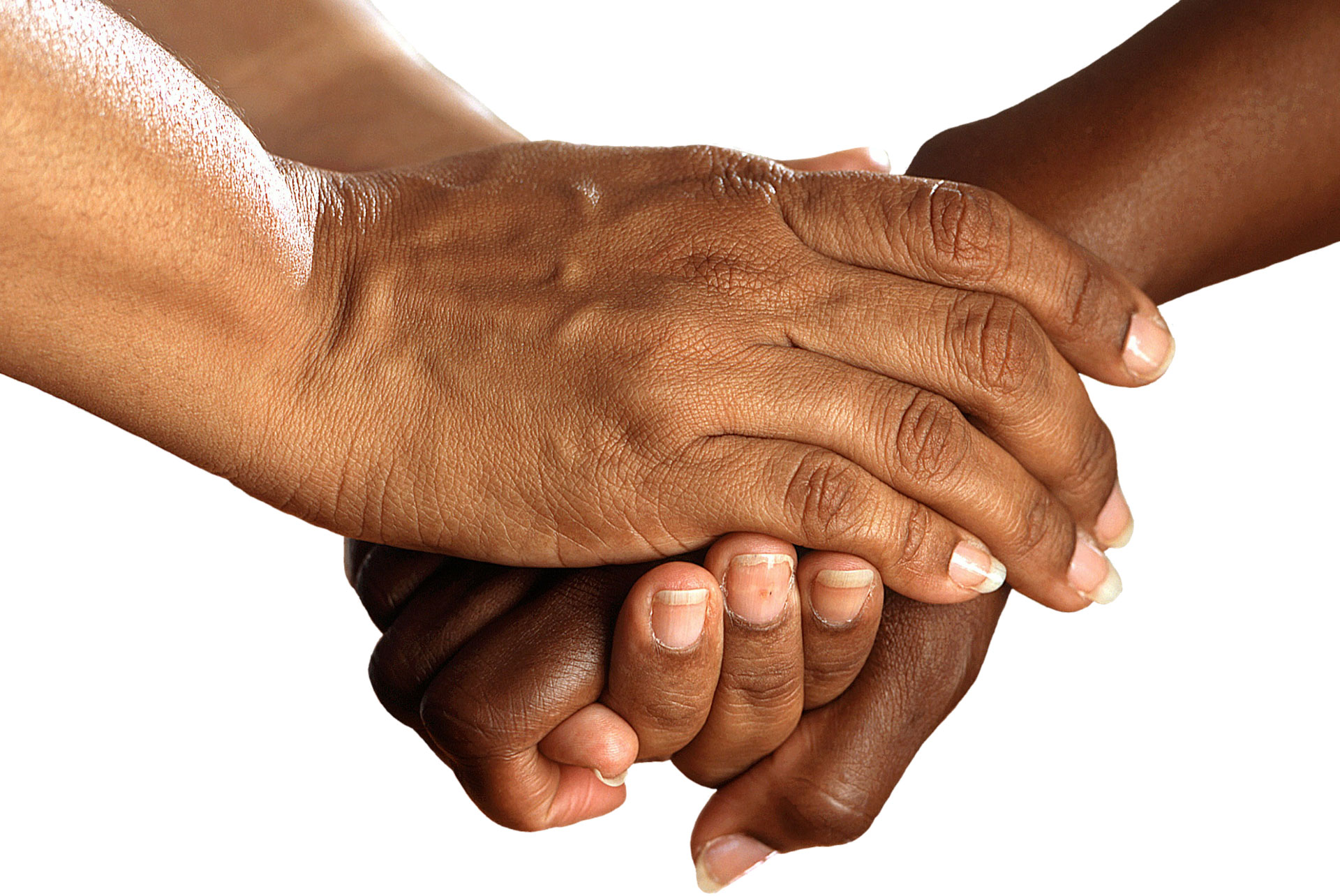 Such behavior is a classic feature of oppressed groups who turn on each other instead of concentrating on fighting their oppressors. An oppressed group will tend to want to fight its battle for identity and survival against members of other, often similar, groups. The group that is closer to full cultural integration will want to protect that position, jealously guarding its hard-won toehold in the technocracy, while the more marginalized group will tend to regard the more integrated group as a bunch of traitors who have compromised their ideals and values to get into the system. Both attitudes are exclusionary, and both are counterproductive, because they work to keep apart people with common interests who could benefit from working together in their struggle against the larger system.

For the past several years I have been actively conducting research on midwifery education and politics in the United States and Mexico. I have interviewed more than 100 practicing midwives of all types, and 60 students (30 direct entry students and 30 nurse-midwifery students) about their views on midwifery education and on the relationships between nurse and direct-entry midwives.(1) Some of them expressed strong prejudices against the other group, while others expressed positive feelings of respect and mutual goodwill.

I found first that most midwives who expressed negative opinions about “that other kind of midwife” had very little or no personal or professional exposure to those other midwives, but rather were forming opinions based on stereotypes or the opinions of others; and second, that every midwife who had positive opinions about “the other kind” of midwife did have direct exposure to those other midwives, personally and professionally, either through watching them practice or through time spent together in monthly potluck dinners, joint conferences, and the like. In this short article, I will share with you just a few examples of how such direct exposure can lead to members of each group forming a positive view of the other.

A CNM from Virginia told me that she had worked as a labor and delivery nurse in a state where only nurse-midwives were legal, and then as a brand new nurse-midwife had moved to another state where the situation was the same. She said:

“In both states, the Board of Nursing has been very aggressive about litigation against lay midwives who had adverse outcomes. So I’d never met a lay midwife in all these years and the only things I knew were negative things. . . . Then when I was just out of school two lay midwives transferred a patient into our hospital. This lady was a para 7 and had been stuck at 9 centimeters for a number of hours. . . . I think that during the transport somehow the baby had gotten itself into the right position for birth. I certainly didn’t do anything special to help this mother birth, but when she got there the baby was ready to be born. The two lay midwives—the senior midwife and her apprentice—were not allowed to actually lay hands on the mother, but they stayed there and they talked to me and they guided me.

”I was so impressed because these women had a wealth of knowledge. They knew so much more than I knew, or than I had ever been taught in my CNM training. I delivered the baby. It was 11 pounds and 4 ounces. The delivery was a bit difficult and they helped with it . . . . Afterward, the senior midwife came up to me and she said, ‘You know, that was a truly beautiful delivery and may I give you a hug as a sister midwife?’ It totally turned around my head. I saw the wealth of knowledge these women had—they described all the things they had done with positioning and herbs and relaxation, different things they had done to help this mother. They truly knew birth, they just knew it instinctively somehow, much better than I did, and better, I think, than any of my instructors, and I had such respect for them. And I came to realize that we’re all just sisters in this one profession, all with the same goals for women.“

Licensed midwife Beth Coyote had a similar revelation as a result of spending time with nurse-midwives. She said:

”I did a workshop for the Highline nurse-midwives (they work in a community hospital, serving a lot of indigent folks) on self-care. I sat with them and we watched videos and did guided meditations. . . I got to know them and they’re just like me. I don’t know why I didn’t know that. They have the same heart and soul in midwifery and they are able to be with women who otherwise would have no midwifery care.“

Sally Avenson, a CNM practicing in Seattle, found her opinions of direct entry midwives transformed both through watching them work and through taking one of them as her student. In 1974, she was working as the head labor and delivery nurse in the university hospital in Seattle, where the lay midwives in the area were starting to bring their transports. She said:

”It only took one or two interactions with their clients for me to be extremely intrigued. Here I thought I knew everything about babies and how they came out and what happened, and I realized that I had been working in a real closed tunnel there at the hospital, in sort of a Mecca of intervention and of ‘good care’ and I saw these midwives come in with these women and the relationship was what hit me—the strength of the ties between the woman, her support person, and the midwife, but particularly between the woman and the midwife—this gentle but strong relationship. And I just thought, ‘Oh, this is important. This should be part of what happens.’ And I realized how dedicated these midwives were and what a completely different view they had of the birth process.

“You know, I’m really grateful to those women because they opened up my horizons to the diversity of birth. I think it’s very easy for people to get elitist and think there’s ‘one way,’ and it’s the way you see when you first start, wherever you start. Too many people get trapped into cutting their teeth somewhere and then not chewing and nibbling other things. . . . People think what they do is right, it’s the ‘rightest,’ and anything else is suspect. Black and white. Negotiation is not something we do well as healthcare providers. We all want to be right all the time, and we don’t want anybody to tell us that there’s another way to do it.”

In the ensuing years, Sally took training as a CNM. Once in active practice, she agreed to serve as preceptor for a direct entry student from Seattle Midwifery School. It was an enlightening process for them both, as Sally describes:

“When I first said I’d take a student from SMS, I was very nervous, and the first student I had scared the living daylights out of me. I found out she had trained with (a certain midwife) in (Texas), and I thought, ‘Oh, no. She’s going to try to do all sorts of crazy things.’ She was a pretty wild-looking person and I thought, ‘Will my clients think this person is not conventional enough?’ It turns out she also balked at being assigned to me and told the school she couldn’t work with this ‘conservative nurse-midwife.’

”But we made a go for it and I tell you, we each learned a lot about different ways of doing the same thing, and being safe and being different but still okay. I watched her deliver one of my clients with a shoulder dystocia and I had never seen anybody do what she did. And it was wonderful. And it was what she had learned with (that particular midwife), and it wasn’t in any of the books, but it worked … she did a beautiful job with a ten-and-a-half pound baby that was pretty stuck. The woman had been lying down and she just popped her up into a squat, and basically she went in and turned the baby, but it wasn’t the way I’d seen physicians do it. And it was so gentle, but effective. You know, that kind of maneuver where afterwards you realize your muscles are sore from the intensity … To push just hard enough, but not too hard—it’s the right placement of your hand as much as what you’re doing with it. And she did it so well. After having had such a good experience with her, I worked with SMS students for years. I enjoyed being their preceptor because  . . .  they could help me and I could help them.“

Karen Hays was a licensed midwife in Washington state who later became a nurse-midwife as well. I was particularly interested to hear what she would have to say, since her experience of both groups was an intensely personal and fully embodied one! I asked her if she thought that one type of training was superior to the other, and she answered, “No. Not at all. I think it’s very individual. I think your philosophy, your intelligence, and your compassion are often more the determiners than the training.”

As an anthropologist, I ask my readers to remember that in the United States, midwives are the only caregivers who keep open the full spectrum of choice for birthing women in hospitals, in freestanding birth centers, and at home. Midwives must go where the mothers are, and that includes the mothers who give birth in hospitals where most direct-entry midwives cannot go, as well as the mothers who choose homebirth whom most nurse-midwives cannot serve.(2) So that we can honor all kinds of mothers, let us also honor the midwives who offer them all kinds of choices:

Robbie Davis-Floyd, PhD, Senior Research Fellow, Dept. of Anthropology, University of Texas Austin, and Fellow of the Society for Applied Anthropology, is a medical anthropologist specializing in the anthropology of reproduction. Robbie lectures at childbirth, midwifery and obstetrical conferences around the world. Robbie has written over 80 articles and the book Birth as an American Rite of Passage (2004). Her research on global trends and transformations in childbirth, obstetrics and midwifery is ongoing.

Robbie is co-author of From Doctor to Healer: The Transformative Journey (1998) and The Anatomy of Ritual (forthcoming). She has co-edited ten collections, including Childbirth and Authoritative Knowledge: Cross-Cultural Perspectives (1997);Reconceiving Midwives: The New Canadian Model of Care; Mainstreaming Midwives: The Politics of Change (2006); Intuition: the Inside Story (1997); and Cyborg Babies: From Techno-Sex to Techno-Tots (1998); and Birth Models That Work (2009). Her research on global trends and transformations in childbirth, obstetrics and midwifery is ongoing.

View all posts by Robbie Davis-Floyd

celebration of fluid state: the birth of jade, august 1995