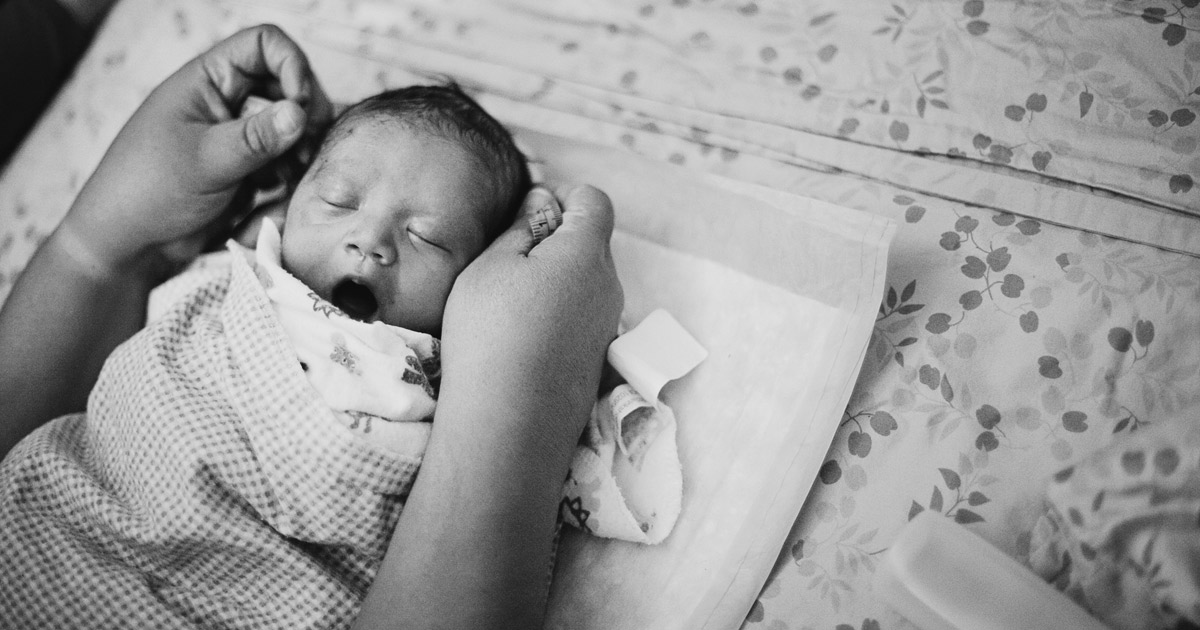 I have fewer than 100 births under my belt. As a student midwife, I am always asking questions and wondering about the “whys” of birth. The majority of my birth work has been done within the walls of a free-standing birth center attended by local CNMs and CPMs and only serving low-risk mothers. However, after recently witnessing my first frank breech delivery at a homebirth, I realized how relaxed, gentle and normal breech birth can be. I can’t stop asking the world, “Why aren’t more breech babies born at home?”

Those of us who work with birth understand that it comes with its own set of risks and cannot typically be controlled, and a breech presentation is no different. The majority of babies turn head down by 36 weeks; others stay breech but then turn with the help of chiropractics, acupuncture, moxibustion, external version, etc. When these methods don’t work, women face a routine cesarean. Why don’t these women have an informed voice in their birthing options, specifically when it involves major abdominal surgery that poses significant risks for a mother and her baby?

In the midwifery community continuing education is offered at conferences and through workshops so midwives can hone their breech skills, yet the pressure from the birthing community to refer breech cases to an OB to protect our craft and livelihood is immense.

Complications and risks associated with cesareans include such things as pulmonary embolism, postpartum hemorrhage, surgical site infections, anesthetic accidents and damage to blood vessels. In addition, the mother may experience a longer, more painful recovery period and a significant disruption with bonding and breastfeeding during the immediate postpartum with her baby. Further, a cesarean comes with a hefty price tag of over $20,000 more than a normal, vaginal delivery.

One of the primary factors that has increased routine cesarean delivery for breech presentation has been the Term Breech Trial (TBT)—a study by Mary Hannah, et al. that came out in 2000. This study indicated that cesarean section was safer than vaginal birth for babies at term and many of the world’s leading obstetrical associations issued guidelines mandating cesarean section, including Canada, the United Kingdom and the US. Unfortunately, TBT came to its conclusion preemptively without thorough consideration as to what led to the poor outcomes of the vaginal deliveries. Several of the babies were stillbirths, others had congenital anomalies, one died of SIDS days later and another died of gastroenteritis. These findings were released in 2006 and it was reported that the majority of the poor outcomes had nothing to do with the method of delivery, thus discrediting the original study.

In 2006, with the release of TBT’s new information, along with new findings and additional research trials regarding vaginal breech birth, most of the primary obstetrical association guidelines were overturned and it was then recommended that a trial of labor be given for vaginal delivery, as long as the physician had breech experience and the mother met the criteria. Even though the guidelines clearly state that vaginal delivery is better for the mom and baby, finding a physician that will do it is rare; therefore, cesarean section is still the primary means of delivering a breech presentation in current day obstetrics.

Midwives have always been trained to handle emergency situations regarding breech delivery since surprise breech presentations can and do occur. However, most states do not allow midwives to deliver breech babies, regardless of their training, and many midwives are subjected to political persecution and litigation.

In the midwifery community continuing education is offered at conferences and through workshops so midwives can hone their breech skills, yet the pressure from the birthing community to refer breech cases to an OB to protect our craft and livelihood is immense. Is this a valid enough reason to subject women and their babies to an unnecessary surgery and the associated risks? Why are women and their babies not allowed to be served by midwives or physicians if their babies are a variation of normal?

Breech delivery is not without its share of risks and complications and the practitioner needs to have additional training to anticipate the unique qualities of these presentations during delivery. Genetic anomalies and a higher risk for cord prolapse are associated with breech birth, but let us not forget the mothers and babies who have died in the OR during a routine cesarean section. To deliver out of hospital, the mother must already have met a set of criteria to make her a good candidate for this birth setting and have received comprehensive informed consent. There are lower-risk and higher-risk breech presentations and the attending physician and/or midwife must decide how favorable the presentation is and how competent they are based on their own skill set and training.

Risks involved for a vaginal breech delivery for the mother include birth canal trauma and postpartum hemorrhage. For the newborn, the concerns can be more pressing and may include cord prolapse or head entrapment. Many providers only feel comfortable delivering frank or complete breech presentations, where the risks of cord compression are most similar to a vertex presentation. When you evaluate the risks and benefits of breech birth compared to those connected with cesareans, there needs to be a real choice for parents. Sadly, today there is not.

My goal is to encourage more vaginal breech deliveries, to increase training for midwives and physicians and to remember that each mother’s pregnancy is her own unique experience. May the power to decide be put back into the mother’s hands.

Karin Peacock is a student midwife from Puget Sound in Washington State. She enjoys life with her two children and husband. When she is not being a student midwife, she loves to play guitar, garden and spend time with friends and family.

View all posts by Karin Peacock

The Heart of the Core