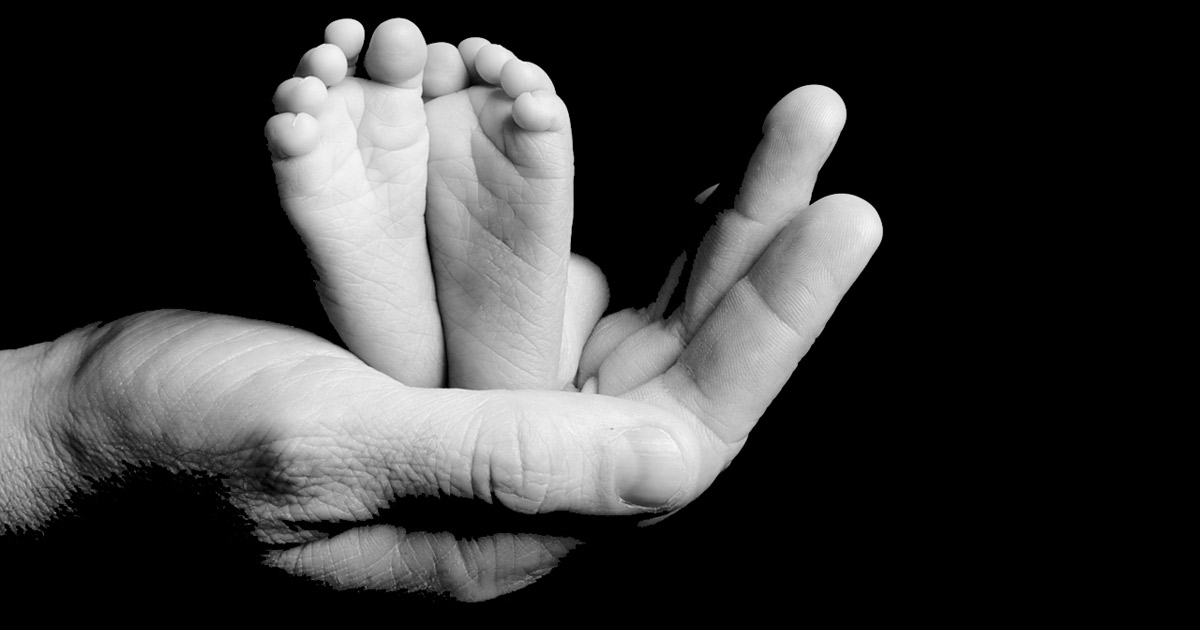 Ray McAllister was drawn to doula work for some of the same reasons that many doulas are: awe of the miracle of birth, respect for the power expressed in the female body during labor, a desire to help enhance the experience by coming alongside laboring women to share their journey, and the wish to make a positive difference in the lives of new families.

Those underlying reasons were the beginning for Ray, but they are also where the similarities end. Not only is Ray male, he has been totally blind since the age of 12. Like most of the handful of other male doulas, Ray began his journey to doula work through massage therapy. He had already completed massage training and was working as a therapist before he knew what a doula was.

After providing relaxation massage for several new mothers, Ray felt drawn to help with births and learned about the Massage Doula Support training offered by the Institute of Somatic Therapy. He promptly enrolled and found that the academic portion of the program and the written test weren’t difficult. But when he needed to attend three qualifying births for certification, Ray discovered it was a challenge to find pregnant women who wanted to work with him.

Having no success among his own network of acquaintances, Ray volunteered his services at a homeless shelter, where a soon-to-deliver woman was grateful to have his support. She then referred a pregnant friend, who referred another woman. “I attended three births in six weeks,” Ray says, “with the first two births only 10 days apart.” Like many of us, he found those births exhilarating and rewarding; he loved being a part of it.

The concept of a male doula remains controversial in parts of the birth community. The idea can arouse strongly negative—even hostile—reactions. Some supporters of male doulas counter with a list of potential advantages. Often a man is taller and has more upper body strength to lift, help reposition, and provide counter-pressure to the mother’s lower back and hips. Sometimes a male doula can work more effectively with a given family unit. Where a female doula might make the baby’s father feel replaced or left out of the exclusive women-only club surrounding the birth, a male doula can work with the father to help him be an active participant, with the doula providing physical support and the woman’s partner freed up to be there for emotional support.

Ray echoes those advantages when he recalls the births he’s attended. He also handles questions about his gender by pointing out that it is the birthing mother’s right to choose whomever she’s comfortable with to assist at her birth. Some women would never choose a male doula, and that’s fine with Ray. He just hopes that he won’t be judged solely on his gender. And he doesn’t agree with the idea that women are naturally more nurturing. “Being female doesn’t mean you’re magically qualified,” he asserts, recalling instances he’s witnessed of insensitivity on the part of female birth attendants.

Ray’s blindness has posed a greater challenge to his doula work, but it also provides tremendous advantages. Ray has a terrific support system of his own in place to help with the logistics of getting to appointments and births. His wife is a partner in his massage practice, providing aromatherapy alongside his bodywork. She is also his driver and guide for births, helping orient him to his surroundings before slipping away to leave Ray with the birth team until after the baby is born.

Like many blind people, Ray believes that his other senses and his intuition are heightened because he cannot rely on sight. That increased sensitivity led him to massage work—a field where visual limitations can be an asset when they result in increased sensitivity and more skillful palpation. There is a centuries-old tradition of blind massage practitioners in southeast Asia—from Malaysia to Thailand—and Ray was aware of that when he entered the field.

“We are hands-on people,” Ray says, speaking of the blind community and affirming that the tactile skills acquired through learning Braille result in an enhanced ability to glean information through palpation. He points out that reading Braille has prepared him for other hands-on endeavors in two ways: the first is the heightened sensitivity, and the second is objectivity in the use of his hands. Ray believes that blind people can be more objective when encountering their surroundings. “My hand is first an instrument of acquiring information. My hand touches everything—it doesn’t make a difference what it is—so I think I place fewer value judgments on the physical than a sighted person might be inclined to. I can be body-neutral and more quickly arrive at the place where I can say ‘It’s just a body—get over it.’”

Ray states that “A lot of men aren’t very mature when it comes to the female body,” but he also believes that he’s had advantages that some other men haven’t had. The tactile nature of Braille gave him a head start, as did the casual exposure he’s had to the medical world during his life.
His father is a physician and his wife is a nurse, and both have discussed body issues freely. Volunteering hours at the homeless shelter working with female clients was also an integral part of his education. He found himself instructing breastfeeding women in massage to increase milk production, and pregnant women in perineal massage, which was a real challenge. “They didn’t know the word perineum, so I had to learn street slang to be able to teach them. It was awkward at first, but got easier. I think the best thing for a lot of men, for their own maturity, would be to witness birth and breastfeeding. It resets your attitude, so you can start over, from a better place.”

Braille does have limitations as a means of learning, however. It is a strictly two-dimensional system, on or off, a dot in a given spot, or no dot. “There is no gray in Braille,” Ray points out, and no good way to convey the illustrations that play a big part in many birth and medical books. Ray overcame this obstacle by visiting a birth simulation lab in a local hospital, where he could use his hands to gain a better understanding of what happens during the birth process, including variations such as a breech presentation. He’d visited the anatomy lab of a medical school over a decade before, to learn more about anatomy, including the female body. Once he became involved in birth, he found that another hands-on encounter in a lab setting to learn specifically about birth was valuable. When he experienced a robot baby make its way down the birth canal of a robot mother, Ray had a series of “aha” moments:

Ray has been reading Braille since he was 5 or 6 and first learned to read. He was born 42 years ago with Peter’s anomaly, a degenerative birth defect, and had his left eye surgically removed at the age of five. He had limited vision in his right eye until he was 12, when he lost the vision in that eye as well. His right eye was surgically removed when he was in his 20s.

Ray believes that all of our life experiences help us pull together what we can bring to a birth. For him, experiences with surgery, blindness, and the medical system have helped him get past the gender divide when it comes to birth. His own past has deepened his empathy and helped him connect with laboring women. “Pain is pain,” he says. And a lifetime of relying on his remaining senses has given him a different perspective on labor. “I have learned to listen for subtle changes in the woman’s breathing to help gauge whether the massage techniques I’m using are helping ease her pain. And even if no one vocalizes that it’s happened, I can tell by the odor when her water breaks. Be still and you can pick up on things. A lot of communication is redundant.”

More than anything else, Ray expresses gratitude for the births he has been involved in, loves that he was “part of a beautiful miracle,” and encourages anyone who feels led to work with birthing mothers to “go for it, learn it, do it.”

Even though it was difficult for him to process the news when he learned that one of the homeless mothers he supported during birth had died of a heroin overdose when her baby was a few months old, he is grateful he had the privilege of being there for her.

Maybe he isn’t so different from other doulas after all.

Mary Ann Lieser is a freelance writer and doula, and sells used books in Wooster, Ohio. She is the mother of eight homebirthed children.